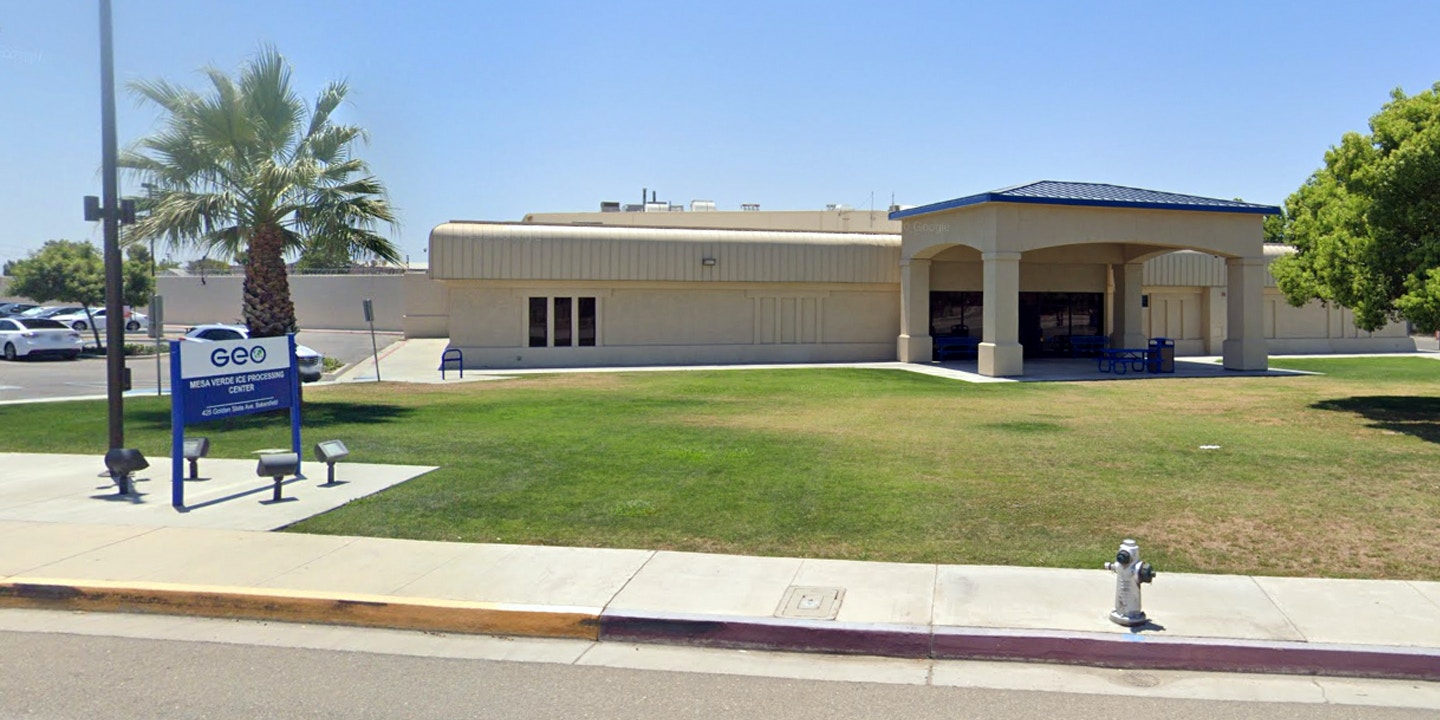 On the evening of July 1, four people in Immigration and Customs Enforcement custody slept on the floor of the intake room at the Mesa Verde ICE Processing Facility in Bakersfield, California. A detainee who arrived with them had tested positive for Covid-19, but there was no room in the detention center — which is run by the private prison company GEO Group — to isolate people exposed to the coronavirus. The next morning, the four people were gone, transferred along with others to another facility.

If new detainees continued to arrive at Mesa Verde, and people inside continued to test positive for Covid-19, ICE would have no choice but to limit street arrests or release detainees to make room for people to isolate.

But only if people were tested.

In response, San Francisco ICE field director David Jennings suggested that Mesa Verde be exempt. “Hi – we submitted some concerns about being a test place,” Jennings wrote in an email to Hott. “We have no place to cohort anyone who refuses, is positive, etc – were we Removed from the list?”

Hott reassured Jennings. “Henry [Lucero] backed away from the full testing,” he wrote back. Lucero is ICE’s executive associate director for enforcement and removal.

Internal emails released as part of a lawsuit against ICE show that the agency and GEO Group officials could have tested everyone in Mesa Verde for Covid-19 but chose not to, knowing that to make room for positive cases to isolate, they would need to drastically reduce the total number of people held in the facility. (The emails were first reported by the Los Angeles Times.)

On Thursday, a federal judge ordered ICE officials to rapidly test everyone held at Mesa Verde on weekly basis and to stop taking new detainees. ICE brought more people into Mesa Verde than it freed during the week of July 27, according to the legal coalition suing the federal government over conditions in the facility.

“Completing the testing is not the issue it is just what we will need to do with the results.”

Bree Bernwanger, a senior attorney at the Lawyers’ Committee for Civil Rights of the San Francisco Bay Area, which is part of the suit, said testing would interfere with ICE’s mission of detention and deportation. “ICE does not want to test, didn’t test, and, essentially, stuck its head in the sand, because they didn’t want to release people from detention,” Bernwanger said.

Mesa Verde, which currently holds about 120 people, has just two medical isolation cells. Both are regularly filled with detainees on suicide watch and in protective custody, according to emails between ICE officials.

Officials feared that broad testing would reveal positive Covid-19 cases which the facility was not equipped to handle, so they preferred to avoid testing altogether, emails show.

ICE had already nixed a proposal to test all detainees in Mesa Verde because they had nowhere to put people who tested positive, Brooke Sanchez Othon, a clinical specialist at Wellpath, a health care contractor with ICE, wrote in a July 6 email. Comprehensive testing in the facility would create “housing issues,” she said. “Completing the testing is not the issue it is just what we will need to do with the results once they are received.”

Mesa Verde would be unable to isolate more than one person who tested positive, warned ICE Assistant Field Office Director Alexander Pham. “If/when a second positive case is identified,” Pham wrote in a June 4 email, “there will likely be no logistical way to cohort/isolate which would then require the clearance of an entire housing unit/dorm in order to accommodate the positive case cohorts.”

“Clearance” meant letting people go — something ICE had been reluctant to do. If Mesa Verde was required to implement widespread testing, the facility would have to release “low risk” detainees and halt new arrests to make room for quarantined detainees, Pham wrote in an email on May 27. “If our hand is forced,” he wrote, they’d have to “let the lows go and don’t take anymore in.”

A week later, GEO Group sent out a plan for comprehensive Covid-19 testing. Pham explained in an email that the plan would ultimately force ICE to release large numbers of detainees from Mesa Verde.

ICE could “identify the least egregious cases for release,” to make room for a designated isolation dorm which could hold everyone who tested positive, Pham wrote in the June 4 email. But if a “less egregious” detainee tested positive, ICE would be unable to release anyone in their cohort, he explained. Mesa Verde officials would instead have to release an estimated 25 to 40 of the “more egregious” detainees.

ICE knew testing and isolating for Covid-19 would disrupt the process of detention and deportation. On May 26, Nathan Allen, the GEO Group warden, wrote that the acting field office director “would rather not have staff testing” because it could interfere with Enforcement and Removal Operations, ICE’s deportation program.

“They decided not to do broad and regular testing, because they didn’t want to have to deal with the truth.”

“ICE’s priority is containing people and deporting them,” Bernwanger said. “They refuse to take actions to protect people in their custody from Covid-19, because doing so would prevent them from continuing to detain and deport people.”

Covid-19 cases have spiked at Mesa Verde this week: According to Bernwanger, 10 detainees and 16 staff members have tested positive so far and two of four dorms are still awaiting results. Advocates say the true number of infected people is likely higher than ICE statistics reveal.

In a collective letter written August 6, people detained in Mesa Verde wrote that as recently as last week, ICE continued to transfer people into the facility, “straight from prisons with massive COVID-19 outbreaks, without being quarantined or even tested for the virus,” they wrote. “Dozens of people in our dorms are showing symptoms of COVID-19, and are desperate for care.”

ICE and GEO “knew that if they didn’t do testing, Covid-19 would be likely to spread,” Sean Riordan, a senior staff attorney at the ACLU of Northern California and one of the lead attorneys on the case, said in an interview. “And yet, they decided not to do broad and regular testing, because they didn’t want to have to deal with the truth.”