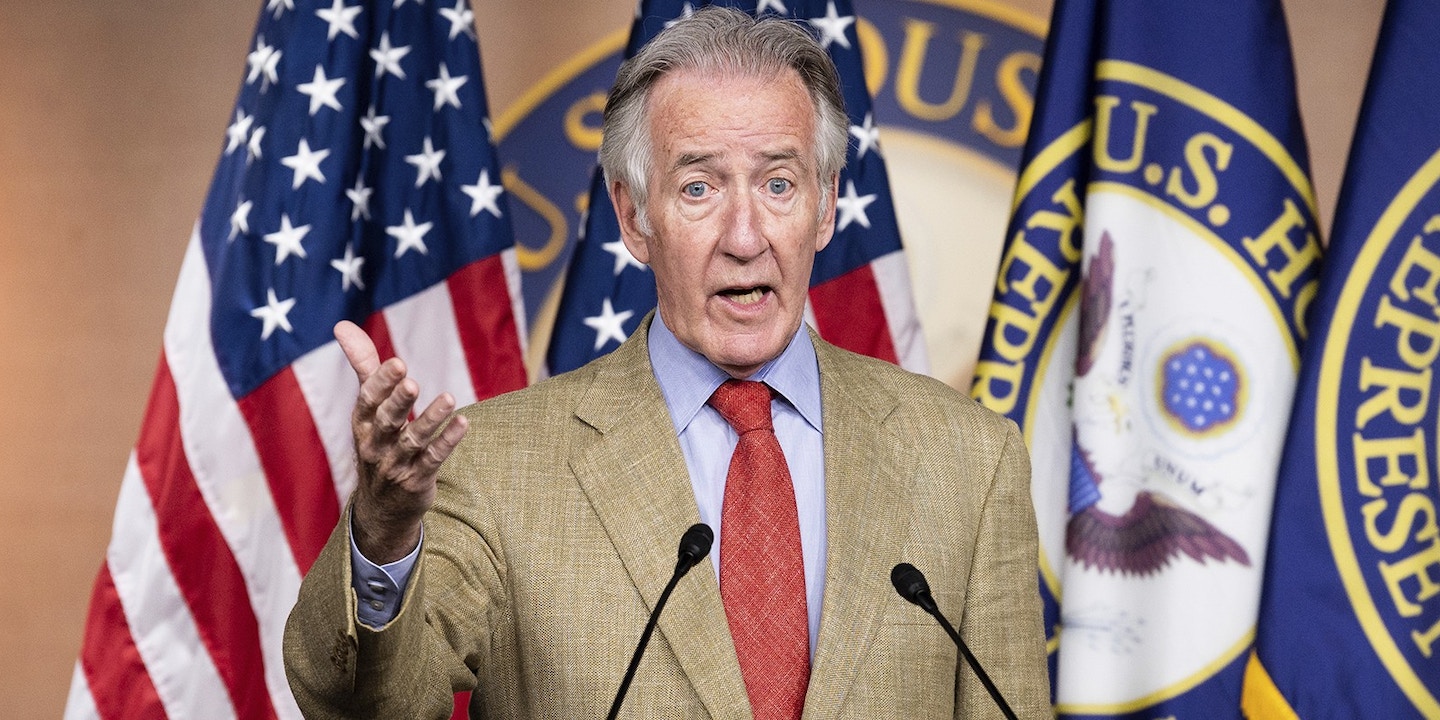 In the battle raging for Massachusetts 1st Congressional District, currently held by the chair of the powerful Ways and Means Committee Rep. Richard Neal, political operatives are turning up in unlikely places. Last week, tensions flared after a letter, written by the Massachusetts College Democrats, informed Alex Morse, Neal’s challenger, that he was no longer welcome at their events — a letter that was promptly published by the school’s newspaper.

The 31-year-old mayor of Holyoke, Massachusetts, was barred for allegedly having made students feel uncomfortable by sending them messages through Instagram and matching with University of Massachusetts students on Tinder, in addition to having “sexual contact” with students at UMass Amherst, where he was previously an adjunct professor.

With the allegations short of details or any student claiming to be a victim, the focus has shifted to the origin of the letter. The man serving as chief strategist for the UMass Amherst College Democrats, Timothy Ennis, recently completed a class with Neal, who teaches a journalism course. Ennis, according to two members of the College Democrats chapter, was open about his hopes of working for Neal in the future.

Meanwhile, an aide with the College of Social and Behavioral Sciences, in which the journalism program sits, alerted the school’s administration of evidence that the recently surfaced allegations against Holyoke Mayor Alex Morse “are politically motivated,” according to communication reviewed by The Intercept. Spokespersons for the administration did not respond to requests for comment.

Clare Sheedy, a rising sophomore and a Morse supporter, was active in the College Democrats chapter and knew Ennis through their joint work on behalf of the Pete Buttigieg campaign for president, with Ennis handing off the reins of the organization to Sheedy. In November 2019, when Ennis was president of the College Democrats chapter, the pair were in New Hampshire together campaigning for Buttigieg, and Ennis, she said, opened up about his respect for Neal in a car ride through New Hampshire. “He spoke very highly of Mr. Neal,” Sheedy said. “What he said to me was he wanted Neal to be his ‘in’ to politics and work his way up from there.”

Sheedy said she asked Ennis what he thought of Morse, and Ennis said Morse socialized with students in a way he found creepy, and that Morse had recently matched with a student on the Tinder dating app. Sheedy said she didn’t think of it again until last week, when she and the other members of the College Democrats were told by leadership that they had written a letter on the members’ behalf to the local college paper, which had published an article based on it.

Helena Middleton, a rising sophomore and former member of the University of Massachusetts College Democrats, said she joined the group to meet other college students on the university campus, where a sprawling undergraduate population of 22,000 can make it difficult to feel like part of a community. A longtime supporter of Morse, she tried to recruit others to join her.

“I tried to share volunteer opportunities [for Morse’s campaign] but the chapter leadership would ignore it while at the same time send out opportunities for candidates like [Ed] Markey and Joe [Kennedy], so it was clear to me that there was something going on there,” said Middleton. Eventually, she said, she learned that a member of the group’s leadership was a student in Neal’s journalism course at the time. “He made it very clear that he supported the election campaign and that he wanted to work for Neal,” Middleton said.

The chief strategist, Ennis, did not respond to requests for comment. A spokesperson for Neal also did not respond to a request for comment. Middleton left the chapter several days ahead of the letter’s publication, frustrated at the anti-Morse bias from leadership; Sheedy left the chapter after the letter was published. The current president, Andrew Abramson, reached out to Middleton last week to apologize for joking about the Morse race in the College Democrats’ group chat.

Morse first ran for mayor as a 21-year-old, single, out gay man in Holyoke. He began teaching a single course per semester as a lecturer in fall 2014, at the age of 25, and taught his last class in the fall of 2019.

Ennis was president of the UMass College Democrats from April 2019 until April 2020, at which point he transitioned to chief strategist. That same month, Morse said, College Democrats requested a donation from his campaign. He declined, saying that his war chest wasn’t large enough. A number of other Massachusetts politicians, including Neal, did make such donations. The president of the state chapter of the College Democrats later took to Twitter to applaud Neal for donating $1,000 to the Amherst chapter. In May, Neal posted a photo of his class, which Ennis, who has since locked his Twitter account, liked.

When asked whether she had any knowledge of accusations against Morse prior to the release of the Massachusetts College Democrats letter, Middleton said she “definitely wasn’t aware of the letter or any issues until after it was released. They just made a statement. I thought it was odd that they never filed any complaints to UMass before this, which is what you’re supposed to do if you’re a registered student org.”

The university, in a statement, said that the letter the College Democrats made public was the first time it had been made aware of the allegations.

The charge that Morse used his status as a congressional candidate to pick up students at College Democrat events is untrue, he told The Intercept. Morse said that since his campaign launched in June 2019, he had been to just one College Democrats event, held in October at a local community college, where Neal and Sen. Ed Markey also appeared. After the event, he messaged the student who’d been on a panel with him to say it had been a pleasure to meet. After a brief and uneventful back and forth, Morse said, there was no further contact, and the two never met in person. After Alex Thompson, a reporter at Politico, reached out to the campaign in June about a potential story involving the College Democrats and DM communications with students, Morse reached back out to say that he was sorry if his message had made the student uncomfortable. The student blocked him. The Intercept’s attempts to reach the student were unsuccessful.

The UMass College Democrats have not published any of the correspondence the group claims was inappropriate. Instead, the organization said that Morse “sought out students that he met at our events privately on social media, in a manner widely understood by our generation to indicate intimacy.” (Morse said he only attended a single event since becoming a candidate.)

Sheedy said that she hopes to become a human rights lawyer in the future and is a passionate supporter of survivors of sexual assault, which was one reason she so resented the approach taken with Morse. She said that she is open to reviewing any evidence or testimony anybody might put forward, but so far has seen nothing that rises to the level of abuse, which undermines genuine survivors. “As someone who has very strong views on sexual assault, it’s tough seeing people mixing up words,” she said.

An internal poll from the Morse campaign posted Monday, taken before the eruption of the scandal, showed the progressive challenger within striking distance, down 45-35 with 20 percent of the vote still undecided. These numbers are similar to those achieved a month out from primary day by other progressives challenging incumbents, including Cori Bush, who won an upset primary challenge in Missouri’s 1st Congressional District, unseating Rep. William Lacy Clay and the Clay family dynasty that controlled the seat since 1969.