Only three Democrats on the House Ways and Means Committee voted for an amendment to make a drug-pricing bill more progressive. Neal was not one of them. 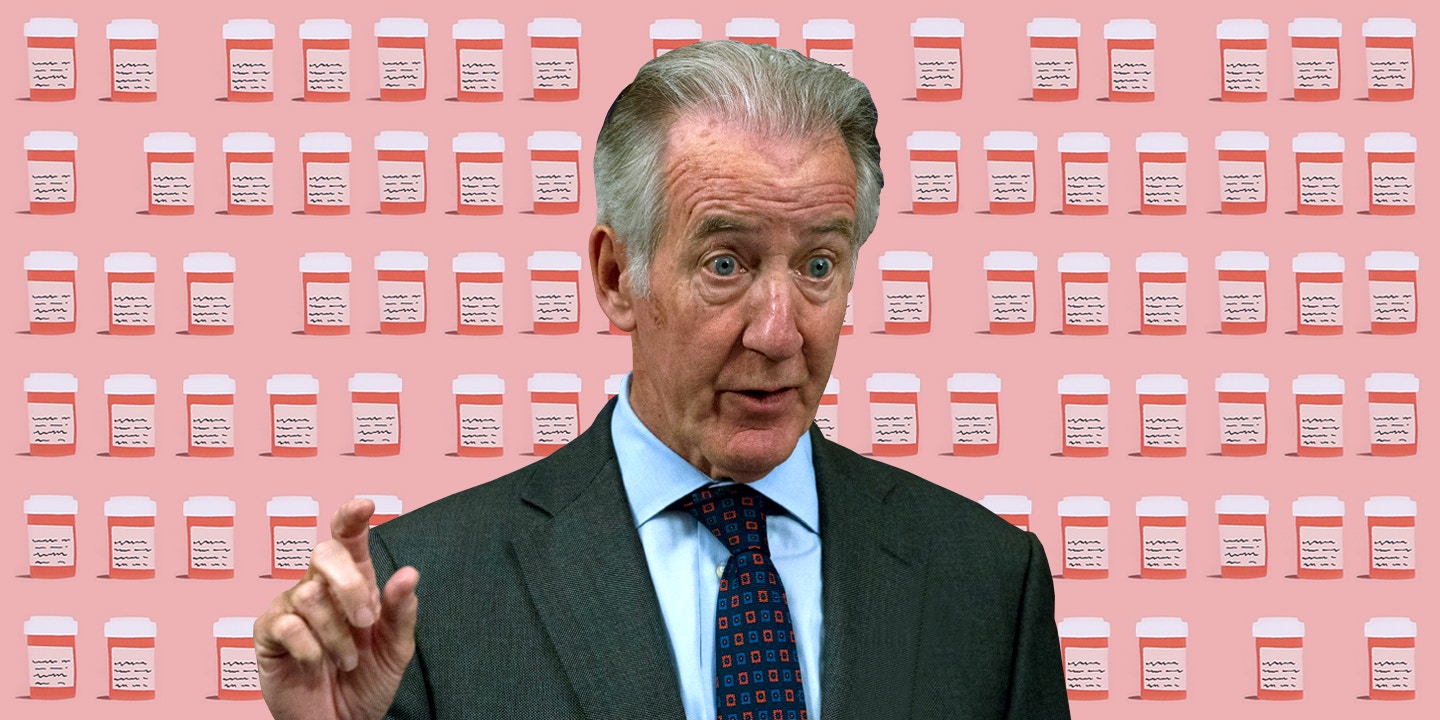 At around 9:30 on Tuesday night, a full 12 hours after the markup of several pieces of health care legislation had begun in the House Ways and Means Committee, Rep. Lloyd Doggett, D-Texas, introduced a series of amendments designed to push H.R.3 — Nancy Pelosi’s signature drug-pricing legislation — in a more progressive direction.

“It’s good to know that at 9:30, there are so many present people here,” Doggett quipped. Doggett had withheld sharing his amendments with the committee until late on Monday night in order to pressure both House Democrats and Republicans to pass a stronger bill. That cut against instructions from Committee Chair Richard Neal, D-Mass., who had urged members of the committee not to offer amendments. The first Doggett amendment was a measure to expand the number of prescription drugs that could be negotiated under the bill.

“The chances that the typical patient will see their prices lowered are akin to winning the lottery, said Doggett, criticizing the underlying legislation as too weak. “Is it so burdensome to ask that a few more drugs be done? No, it’s not.”

Republicans, unsurprisingly, became flustered at the introduction of the progressive amendments. Ranking Member Kevin Brady, R-Texas, responded by saying that the amendments were “sprung on” the committee — and chided Doggett for undermining an opportunity for bipartisanship on the bill. “As Republicans, we believe this is a dangerous and extreme approach.” Doggett’s amendment only lifted the number of drugs to be negotiated to 50 after five years, with a later increase to 100 after 10 years.

But even most House Democrats sided with the pharmaceutical industry. Neal quickly brought Doggett’s first amendment to a vote, and the committee quickly voted it down. Doggett was one of only three “aye” votes, Neal not among them.

And only three other Democrats on the panel voted for another amendment proposed by Doggett, to expand access to the lower negotiated rates to the uninsured: Reps. Don Beyer of Virginia, Judy Chu of California, and Gwen Moore of Wisconsin. Doggett added that his proposals are just “modest corrections for big impact.”

On Wednesday, Chu told reporters that Neal urged Democrats not to introduce any amendments in order to appear as “unified as possible” during the hearing. “Mr. Doggett did it anyway, and I just felt in good conscience that I had to vote for it,” she said.

But, Chu said, she believes that “there are more Dems on the committee that support [Doggett’s] idea” and that similar amendments will come up on the House floor. When asked whether the directive to keep the bill limited in committee came from Neal himself, Chu said “it was” the chair’s philosophy. “It was strongly urged that we not have amendments.”

H.R.3, now named after the late Maryland Rep. Elijah Cummings, would allow the secretary of Health and Human Services to negotiate directly with drug companies on the prices of at least 35 drugs per year. Lowering drug prices is a top legislative priority for the Democratic caucus and considered an opportunity for bipartisanship, since even President Donald Trump has expressed interest in getting something passed.

For months, progressive members have worked to push the proposal further left. Though they have extracted several concessions from leadership, including dropping a contentious provision on arbitration, the caucus’s left flank has remained frustrated with aspects of the bill. Ahead of markups, Democratic leaders increased the minimum number of drugs from 25 to 35, in addition to requiring negotiation for certain newly released drugs. In a statement last month, the Congressional Progressive Caucus noted that they were “pleased” with the changes but still had concerns. For the left, there’s no reason not to support a bill that would cover more drugs for more people.

Democrats cite broad public support for a range of progressive policies to take on the pharmaceutical industry. Recent polling by Social Security Works and the left-leaning think tank Data for Progress shows that, as of September, 79 percent of voters support allowing companies to produce generics if the government determines prices are beyond patients’ ability to pay, including 84 percent of Democrats, 73 percent of Republicans, and 80 percent of independents.

Last week, CPC Co-Chair Mark Pocan, D-Wisc., expressed concerns that the bill does not go far enough, saying that he didn’t know why it shouldn’t require lower prices for more drugs. “If one person would give me that answer, I would be very happy,” he told reporters.

Neal told The Hill on Tuesday ahead of the markup that he intended to “stick with the measure in front of us,” declining to say whether his opposition to Doggett’s amendments had to do with substance. But the 70-year-old lawmaker, who publicly opposes Medicare for All, is one of the biggest beneficiaries of pharmaceutical and insurance industries cash. According to Kaiser Health News, he’s received $670,100 in campaign contributions from pharmaceutical companies since 2007. Neal’s office did not immediately respond to a request for comment.

Neal is also facing a primary challenge in Massachusetts’ 1st Congressional District from Alex Morse, who became Holyoke’s youngest and first openly gay mayor at age 22 and is running as a proponent of Medicare for All. Morse is backed by Justice Democrats, the group that helped New York Rep. Alexandria Ocasio-Cortez win her long-shot primary race, and also supports sex work decriminalization, defunding U.S. Immigration and Customs Enforcement, and the Green New Deal.

Republicans, meanwhile, relied on conservative talking points about the bill undermining innovation and taking away from the pharmaceutical industry’s profits. Republican Rep. George Holding at one point broached the question of whether the bill was even constitutional, which got a few quiet chuckles in the room, and suggested that the committee hold further hearings on that issue.

Tensions between progressive and moderate Democrats will likely escalate as the legislation could come up for a floor vote as soon as next week. Senate Majority Leader Mitch McConnell has said that Pelosi’s drug-pricing plan won’t be considered in the upper chamber, so the debate within the House is not so much about passing legislation as it is a preview of how Democrats would take on the pharmaceutical industry should they win the White House and the Senate next year.