At least 120 vaccines for Covid-19 are in development around the world. And each one holds its own potential for harm. 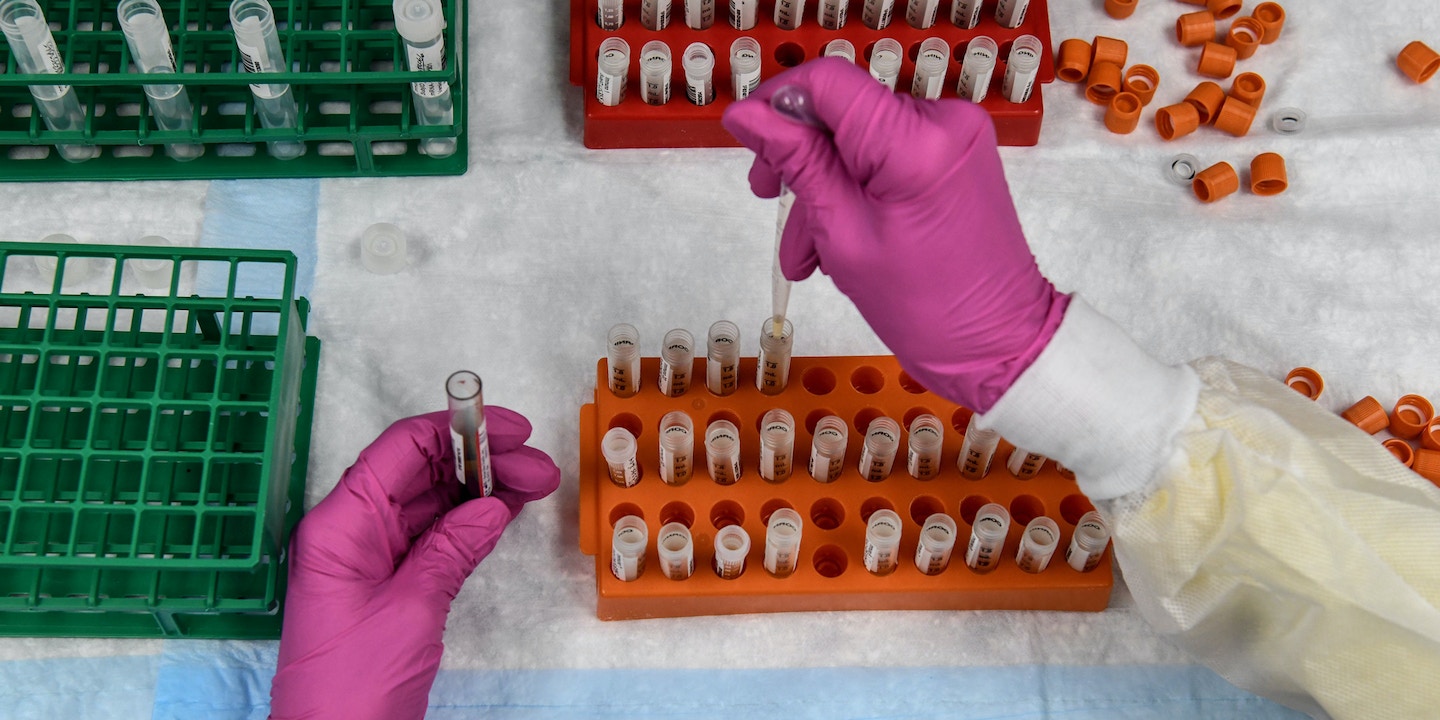 Despite experts’ repeated warnings that rushing a vaccine for Covid-19 could endanger hundreds of millions of people, President Donald Trump has made it clear that he wants to fast track a vaccine. His plan, reportedly, is to bypass regulatory standards in order to have a vaccine ready before Election Day. Such a move could bolster Trump’s claims that he’s saving us from the coronavirus, rather than worsening the course of the pandemic and causing tens of thousands of avoidable deaths — and presumably would help him win a second term.

But what will happen to the companies that make and market the vaccine if people discover they’ve been harmed by a product that was hastily brought to market? According to a law passed this spring, pretty much nothing. An amendment to the PREP Act, which was updated in April, stipulates that companies “cannot be sued for money damages in court” over injuries caused by medical countermeasures for Covid-19. Such countermeasures include vaccines, therapeutics, and respiratory devices. The only exception to this immunity is if death or serious physical injury is caused by “willful misconduct.” And even then, the people who are harmed will have to meet heightened standards for “willful misconduct” that are favorable to defendants.

The sweeping protections are “an extreme departure from the norms,” according to Ameet Sarpatwari of the Center for Bioethics at Harvard Medical School. Sarpatwari said that pharmaceutical companies have traditionally not been offered much liability protection under the law. But that has changed during the pandemic.

And while people harmed by vaccines for other diseases are able to file claims with the National Vaccine Injury Compensation Program, which was established in 1986, the PREP Act now bars anyone who feels they were harmed by a vaccine for the coronavirus from using the program. The inability to get compensation underscores “the tension between pushing the gas — and possibly cutting corners — on bringing a vaccine to market and compensating people who may suffer adverse events from these therapeutics down the line,” said Sarpatwari.

What Could Go Wrong?

At least 120 vaccines to protect against Covid-19 are in development around the world. And each one holds its own potential for harm. While the hope is that these products will stop coronavirus infections, some will likely prove ineffective. Others may make the disease worse, as a vaccine meant to protect children from the dengue virus did in 2016. And still others could cause unrelated harms. That was the case with a vaccine for the swine flu, which wound up causing a serious neurological disorder in thousands of healthy people who took it in the 1970s.

Covid-19 treatments, which are now the subject of more than 1,000 clinical trials, can also potentially hurt, as well as help. We’ve already seen this with hydroxychloroquine, the malaria treatment that can cause fatal side effects and has been used experimentally for Covid-19. That drug, on which Trump became fixated, was given emergency use authorization in March, which was revoked in June after it became clear that the harms it posed to patients with the coronavirus outweighed its benefits.

Given the desperate need for tools to fight the coronavirus, and the life-or-death consequences if those tools prove unsafe, the questions about how to handle the risks are huge and hotly debated. The discussion of them has been heightened — and hastened — by the exorbitant sums the federal government is quickly spending to fight the pandemic, including $27 billion that has been appropriated to a division of Health and Human Services called the Biomedical Advanced Research and Development Authority, or BARDA, to purchase of vaccines, therapeutics, diagnostics, and medical supplies for Covid-19.

Covid-19 treatments, which are now the subject of more than 1,000 clinical trials, can potentially hurt, as well as help.

Consider an experimental antiviral drug known as EIDD-2801, which Dr. Rick Bright said he was pressured to fund when he was head of BARDA. According to a whistleblower complaint he filed in May, EIDD-2801 was presented to Bright last fall as a “miracle cure” for influenza, even though the antiviral hadn’t yet been tested in humans. Bright, an expert in infectious diseases, expressed concern about the drug because similar ones in its class had caused serious reproductive problems in animals, with animals exposed in the womb born without teeth and with partially formed skulls.

Bright described facing renewed pressure to fund EIDD-2801 in April, when the drug was presented to him again, this time as a potential Covid-19 treatment. By this time, a company called Ridgeback Biotherapeutics had partnered, in March, with the Emory Institute for Drug Development. According to Bright’s complaint, Ridgeback CEO Wendy Commins Holman was hoping “to secure approximately $100 million” from BARDA for the development of EIDD-2801 to treat the coronavirus. The push to get the money was fast-moving and intense, according to the complaint and emails obtained by The Intercept, one of which alluded to a late-night phone call from Bright’s direct superior at HHS, Robert Kadlec, the assistant secretary for preparedness and response. Shortly after that, another HHS official urged the funding of Ridgeback’s proposal “as quickly as possible, and preferably within 24 hours.”

A spokesperson for Ridgeback Biotherapeutics said that the Bright account is inaccurate and that the company never sought funding from BARDA. An attorney who represents Bright did tell the Financial Times that Bright “is encouraged to see that the drug has now been evaluated in human clinical studies and that Merck has found the data to be supportive of further development for the drug.” But Kendra Barkoff, who works for the consulting firm SKDKnickerbocker, said that Bright and his attorneys still stand by everything in his complaint.

EIDD-2801 didn’t receive funding from BARDA. But it’s worth noting that Bright, the government official who urged caution on the use of the drug and reported facing pressure from individuals that stood to gain from scientifically unvetted drugs, was removed from his job. Meanwhile, Ridgeback sold Merck the exclusive worldwide rights to EIDD-2801 in June, though the company says that it continues to be involved in its development. “This agreement with Merck, a leader in infectious disease therapeutics, positions us to harness the full potential of EIDD-2801 and, if approved, deliver it to the patients that need it globally,” said Holman.

The drug is already considered to be on track to edge out remdesivir as the antiviral of choice in combating Covid-19. While two safety studies of the drug are now underway, they have enrolled a total of only 174 subjects. Neither has yet posted results. Nevertheless, investors appear to be anticipating the drug’s impacts on the market by the end of the year.

Wendy Holman and her husband, hedge fund manager and Ridgeback founder Wayne Holman, received an undisclosed amount from Merck after acquiring EIDD-2801 only months earlier. The company will also receive a share of the profits if the drug is approved. And even while they don’t have to worry about liability for these products, Ridgeback and other pharmaceutical firms that make treatments, vaccines, and tests for the coronavirus will stand to profit further if Covid-19 is designated a “material threat” to homeland security.

Such an official designation comes with “priority review vouchers” that allow the companies who make products that address the material threat to accelerate the Food and Drug Administration approval process by four months. The vouchers can also be sold to other companies and have fetched as much as $350 million. “If you can get your drug on the market that much sooner, that can be worth well in excess the hundreds of millions of dollars that you’re purchasing the waiver for,” Sarpatwari explained.

Also, as Holman herself recently explained in an April webinar hosted by the Information Technology & Innovation Foundation, the “material threat designation allows for the government to pre-purchase drugs” even before they are approved. So the eventual finding that a drug is useless or harmful wouldn’t prevent a manufacturer from profiting from it.

While waiving liability for drugmakers has quickly become standard in the U.S. in the age of Covid-19, that has not been the case in Europe. When the pharmaceutical company AstraZeneca recently asked for immunity from any future claims over side effects from its experimental vaccine in Brussels, experts there balked, calling the request “slightly shocking,” as Thierry Vansweevelt, professor of medical law at the University of Antwerp, told the Brussels Times last week.

The precedent worries Yannis Natsis, a patient representative on the management board of the European Medicines Agency. “This kind of discussion around giving companies a free pass, this undermines patient safety and confidence in vaccines,” said Natsis, who also expressed concern “that industry is trying to make new precedents via Covid.”

Meanwhile, in the U.S., the precedent for waiving liability during the pandemic has already been set. Trump has said that the approval of a vaccine by Election Day “wouldn’t hurt” his chances against Democratic presidential nominee Joe Biden. If the vaccines or treatments rushed to market to give him a political boost hurt the people who take them, there will be little recourse.

This article has been updated to clarify Ridgeback Biotherapeutics’ ongoing role in the development of EIDD-2801.