Binam said she agreed to a minor surgery in ICE custody and, when she awoke, was told she could no longer have children naturally. In 2018, Pauline Binam, a Cameroonian American woman held in U.S. Immigration and Customs Enforcement custody at Irwin County Detention Center in Ocilla, Georgia, was approached by a friend of hers, who told her a horrifying story. The young woman from Mexico had undergone surgery to remove cysts in her ovaries and, when she woke up from the procedure, the doctor had told her she could no longer have children.

Binam, who came to the U.S. when she was three, had picked up some Spanish in detention, so she helped her friend write an official complaint to ICE. “She told me it hurt so much she had scar tissue now, and she will not be able to have kids,” Binam told The Intercept. The woman was deported about a week after she and Binam submitted the letter.

A year later, Binam set aside her own nerves about seeking medical care while in detention and asked ICE to arrange an annual Pap smear. The OB-GYN who examined her in a general hospital outside the detention facility, Dr. Mahendra Amin, informed her she had cysts on her ovaries, a medical problem she’d never had before. “It got more serious than I thought because I’ve never had those issues in the outside world,” Binam said.

“I was taken back and I had to ask him to repeat himself. Then he said it again, and I just busted out crying.”

Amin then scheduled her to have a D&C, or dilation and curettage procedure, which he said would remove the cysts by scraping them from her fallopian tube. Binam went along with it because Amin employed a “calm and nurturing” demeanor, she said.

On August 23, 2019, Binam went under anesthesia and, when she woke up, she was brought to the recovery room by two ICE officers. She asked Amin if everything went OK. “He said, ‘Yes, I was able to remove the blocking in your fallopian tubes. Your right one was worse, so I cut it out. You will not be able to have kids naturally anymore, only through IVF,’” Binam recalled, referring to in vitro fertilization, an assisted reproductive technology.

“I was taken back and I had to ask him to repeat himself,” she said. “Then he said it again, and I just busted out crying.” 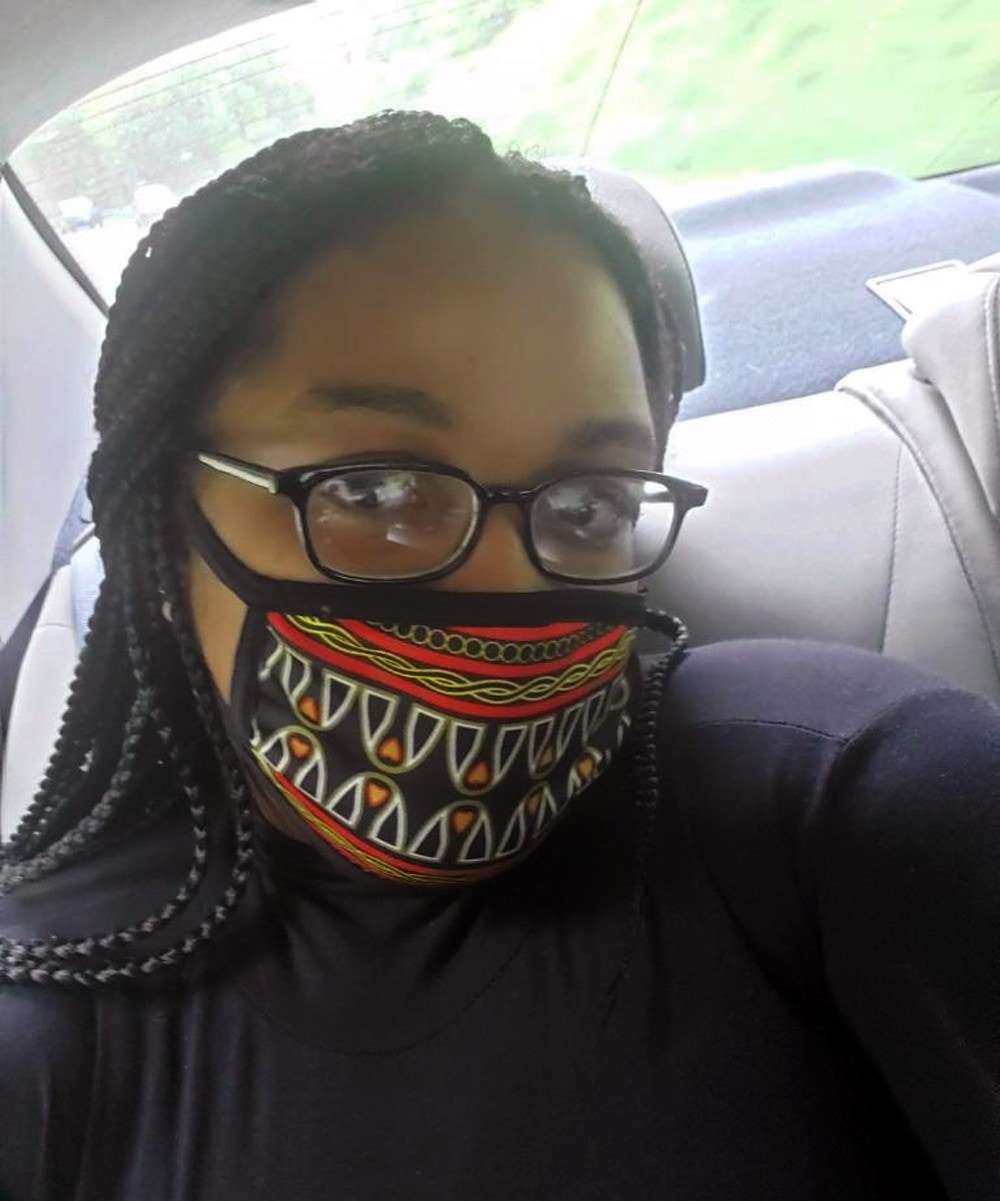 Binam, who is 30, is adding her voice to the accounts of other women detained at Irwin who have come forward about gynecological procedures carried out by Amin without their fully informed consent. Concerns about high rates of hysterectomies at the facility came to light earlier this month in a whistleblower complaint filed by a nurse at Irwin, Dawn Wooten, and the advocacy groups Project South and Government Accountability Project.

ICE, Amin, and the county hospital where the doctor works have since said their data shows only two full hysterectomies were performed since 2018. But Binam and other women have described other invasive gynecological procedures that may have not been necessary. (The Intercept was unable to independently verify Binam’s account of helping a friend file an official complaint.)

The women’s stories underscore the fact that immigrants in ICE custody are vulnerable to medical abuse of all kinds: care is substandard, they often don’t have interpreters, and there is an inherent imbalance of power between the women and the government-contracted doctors they see.

“He Just Empties You All Out”: Whistleblower Reports High Number of Hysterectomies at ICE Detention Facility

The New York Times recently reported that it spoke with 16 women treated by Amin “who were concerned about the level of gynecological care they received.” Rep. Pramila Jayapal, D-Wash., said after a visit to Irwin last weekend that she’d spoken with eight women about medical procedures performed “without consent or knowledge.” (In previous statements to The Intercept and other outlets, Amin has insisted that he did not perform unnecessary procedures on women at Irwin or operate without their consent. Scott Grubman, a lawyer representing Amin, said that “federal HIPAA regulations” — privacy rules — “prohibit Dr. Amin from commenting on any care that he may or may not have provided to a patient.”)

Binam described a process similar to other accounts of Amin’s surgeries: He first emphasized the severity of the cysts in her ovaries, then prescribed a harsh treatment. (Gynecologists who reviewed records for the Times concluded that Amin “consistently overstated the size or risks associated with cysts or masses attached to his patients’ reproductive organs.”)

Binam consented to the treatment for the cysts, but, while she was unconscious, Amin operated on her fallopian tube and later claimed it was a necessary part of the procedure. She did not give her consent for removing the fallopian tube, because she didn’t know it was happening. In retrospect, based on what she’s since learned, Binam believes that even the D&C didn’t need to happen in the first place. “There are water-like cysts that are in a ball like that are eventually going to burst on their own,” Binam explained. “So a D&C was already extreme to perform on a cyst that was ready to evaporate on its own.”

Irwin is run by LaSalle Corrections, a private prison contractor whose facilities have regularly been criticized for inadequate medical care and ignoring detainee complaints. At the same time, Binam said that people inside were actually encouraged to try to get routine health care, because it was free. “You’re in there and they tell you, ‘Hey, while you’re in ICE custody, you’re insured, get all the medical attention you need while you’re here.’ And so, people are excited because on the outside it’s costly, and some people haven’t seen an OB-GYN for years,” she said.

Two other Cameroonian women who had been held at Irwin told The Intercept they had had surgeries last year but weren’t sure what had been done, or who had performed them. Josephine, who asked to be identified by only her first name because she is still in detention, said the surgery was “really traumatizing, I can’t remember anything.”

A third Cameroonian woman, who asked to remain anonymous, told The Intercept that a doctor performed a surgery on her in September 2019 but that she couldn’t remember what the surgery was. “I don’t know if I’m sterilized, I don’t know what is in my system,” she said. She’s since been transferred to a detention center in Montgomery, Texas, where she has sought medical attention 10 times for severe “pain above my private parts.” The medical staff at Montgomery have only prescribed her Tylenol and ibuprofen, she said.

Amin was sued by the Justice Department, along with other doctors, in 2013, for making false Medicare and Medicaid claims to the government for unnecessary procedures for patients.

When Wooten’s whistleblower complaint made headlines last month, Binam was about to be deported. Her attorneys blasted her case on social media, making her one of the faces of the controversy at Irwin, and some advocates suggested that the deportation proceedings had been sped up to keep her from speaking out.

In the end, the deportation attempt ran into a separate ICE scandal: The paperwork being used to send Binam and Josephine back to Cameroon turned out to be highly problematic.

On September 16, ICE officers took the women by charter plane from Texas to Chicago’s O’Hare International Airport and escorted them to a commercial Ethiopian Airlines flight. When the women insisted on seeing their travel documents, ICE produced two temporary one-way passports known as “laissez-passers,” issued by the “Honorary Consul” of Cameroon in Houston, Texas, Charles Greene III, the women said. Binam recognized Greene’s name from a Families for Freedom report about him issuing false documents to facilitate deportations.

An American citizen and Methodist minister, Greene received the honorary consular position in 1986 due to his ties to Shell Oil, according to Al Jazeera. Cameroonian Americans in Houston said Greene had occasionally issued documents in the past but that no one had heard of him for the past five years. In 2013, at the request of ICE, Greene issued a Cameroonian laissez-passer to a national of Ivory Coast. The document was challenged in court, but even though the judge wrote in her ruling that “this Court is unable to conclude beyond a reasonable doubt that the travel document is valid,” the man was nonetheless deported.

Seeing his name, Binam and Josephine sat down in the departures hall in protest. Both women say Ethiopian Airlines also refused to board them. ICE backed down and returned the women to Texas.

ICE spokesperson Tim Oberle said that both Binam and Josephine’s travel documents “were issued to ICE by the Cameroonian Embassy in Washington, D.C., not the Cameroonian Consulate in Houston, Texas.” Oberle claimed to not know of Greene, even though the agency has sought documents from him in the past. “I’ve never talked to him. I’ve never seen anything. I don’t even know if he exists,” Oberle said. Binam’s lawyer, Van Hunyh, said that a representative of the Cameroonian embassy in Washington, D.C., told her that the embassy never issued any documents for Binam.

Rep. Sheila Jackson Lee, D-Texas, as well as immigration advocates like the Cameroon American Council, appealed to ICE on Binam’s behalf. A couple of days after the deportation was halted, she was released from detention on humanitarian grounds.

After three years in custody, Binam reunited with her parents and her 12-year-old daughter in Maryland, but must still check in with ICE on a regular basis.

She is now looking to visit an OB-GYN to see if what Amin told her about not having children is true.

“He Just Empties You All Out”: Whistleblower Reports High Number of Hysterectomies at ICE Detention Facility

“A Silent Pandemic”: Nurse at ICE Facility Blows the Whistle on Coronavirus Dangers