Democratic challenger Al Gross is running an ad blitz blasting Sullivan for his ties to Pebble Mine, a controversial Alaskan mining project. 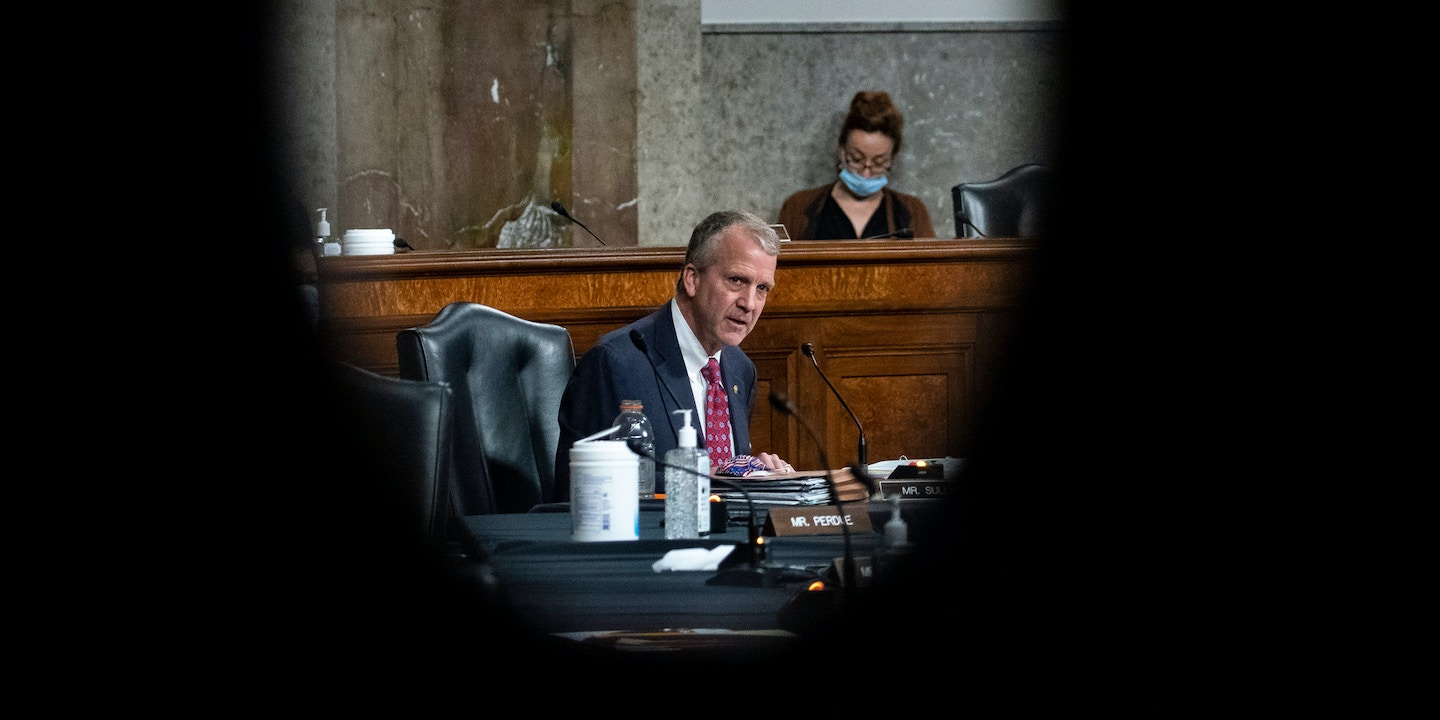 In the final month of his reelection campaign, Alaska’s one-term Republican Sen. Dan Sullivan is fighting to recover from a scandal that ties him more closely to a controversial mining project opposed by the majority of voters in his state.

Sullivan’s political crisis centers around Pebble Mine — a yearslong contested project that would bring large-scale mining to the Bristol Bay watershed, a mineral-rich region that supports the largest sockeye salmon fishery in the world, and home to more than two dozen federally recognized tribal governments. The senator has received tens of thousands of dollars in campaign contributions from lobbyists, executives, and employees involved with the project, according to a recent investigation by journalists Judd Legum and Tesnim Zekeria.

Those contributions could prove to be a political liability in a Senate race being prioritized by national Democrats as they seek to retake the upper chamber. Democratic challenger Al Gross has been funding new radio, TV, and digital ads blasting Sullivan for his ties to Pebble Mine, prompted by a recent investigation that showed how mining executives envision the reach of the project growing larger than had been publicly stated. Sullivan and Gross are locked in a tight race, according to a late September poll, conducted by a Super PAC aligned with Gross. If elected, Gross — who is registered as nonpartisan — would caucus with Democrats, like Sens. Bernie Sanders of Vermont and Angus King of Maine. Gross is backed by national groups including Indivisible, the DSCC, and anti-Trump conservative group the Lincoln Project.

In September, the Environmental Investigation Agency — an advocacy group focused on exposing environmental crimes — published secretly recorded conversations between undercover actors, who had pretended to be potential Pebble Mine investors, and Pebble Limited Partnership CEO Tom Collier and the head of its parent company, Northern Dynasty Minerals CEO Ronald Thiessen. In those tapes, Thiessen made clear to the fake investors that the company would aim to expand Pebble farther than it has already applied to build, contradicting Collier’s written 2019 testimony submitted to the House Water Resources and Environment subcommittee, where he stated Pebble has “no current plans, in this application or in any other way, for expansion.”

Polls show that majorities of Alaskans have consistently opposed the mining project since at least 2012, when Bristol Bay Native Corporation began conducting statewide annual surveys. One fear is that the proposed Pebble Mine is only the beginning of even more harmful extraction; more than 60 percent of Alaskans believe that if a smaller mine project moves forward, then plans for a larger mine will be later pursued and approved. Another poll released this past summer by the Bristol Bay Defense Fund, a coalition of business, tribal, nonprofit, and community groups, found likely Alaska voters opposed construction of the mine by a 2-1 margin.

A three-year, peer-reviewed EPA assessment released in 2014 found that Pebble Mine — which would be one of the largest open pit copper mines in the world — could have devastating impacts on fish populations and surrounding streams. When the EPA vetoed the Pebble proposal that year, Sullivan blasted the move, claiming the EPA “short-circuited the permitting process” and the project should have gone to the Army Corps of Engineers for review. The veto was reversed under the Trump administration, which fast-tracked the Army Corps of Engineers assessment. This past summer, the Corps determined that “as currently proposed, the project could have substantial environmental impacts within the unique Bristol Bay watershed and lacks adequate compensatory mitigation.” Mining executives are hoping to get a modified plan approved by the end of the year.

Collier also said on the calls that Sullivan and Sen. Lisa Murkowski were not real impediments to their plans, despite the lawmakers’ occasionally critical public statements, which Murkowski has couched in claims that she has little influence over the project. On Sullivan specifically, Collier said the senator, who has been notably vague on Pebble, was hoping to “ride out the election” and keep silent on the project. “I think that’s our plan to work with him. Leave him alone and let him be quiet.” Thiessen said they were “trying to work” with Sullivan by allowing him to say critical things that didn’t offer explicit opposition to the project.

Collier took the fall from the tapes and resigned, and has been replaced by former Pebble CEO John Shively. Thiessen, meanwhile, has stayed in his position but apologized for his comments that were caught on tape.

Three days following the release of the explosive tapes, Sullivan tweeted his most firm opposition to Pebble Mine yet, writing, “I oppose Pebble Mine. No Pebble Mine.” On a radio show last week, Sullivan went even further, claiming he would oppose the mine project even if the developers drafted a solid plan to mitigate environmental harm. During a Zoom debate on Saturday, Sullivan’s Democratic challenger Gross pressed the senator on the mining issue. In response, Sullivan said, “The Pebble Mine is dead, and I’m going to keep it that way.”

Gross has also been running nonstop attack ads on the tapes’ revelations and Sullivan’s ties to Pebble Mine.

The vulnerable Republican senator has been trying to distance himself from the political fallout and the project itself, but his financial entanglements keep getting in the way. While the Anchorage Daily News first reported that Sullivan received more than $10,000 from Pebble Mine executives and employees since 2017, Popular Information, the newsletter run by journalist Judd Legum, found the tally is actually more than $34,000 in campaign contributions when including donations from Northern Dynasty and its lobbyists.

Sullivan’s campaign did not return a request for comment, but during the Saturday debate, he said he would give Collier’s campaign contributions to charity. Collier has donated at least $7,400 to reelect Sullivan since 2017, according to FEC filings.

Environmental groups have been up in arms since the tapes were revealed.

Andy Moderow, the Alaska director at Alaska Wilderness League Action, said the whole scandal revealed Sullivan’s “hand caught in the cookie jar” in terms of doing corporations’ bidding. “This is a story that’s going to be going all through October,” Moderow predicted. “It’s a September and October surprise.”

Tim Bristol, director of SalmonState, told The Intercept that Sullivan’s comments were “deeply disappointing” and that despite “Alaskans want[ing] action” they have not gotten it from their senator. “Opposition to Pebble … is an issue that unites Alaskans across the political spectrum and has for 15 years now,” he added. “The foot dragging from our leaders shows they are out of touch on the issue.”

Bob Shavelson, the advocacy director at Cook Inletkeeper, a nonprofit dedicated to protecting Alaska’s Cook Inlet watershed, called the Pebble Mine tapes “an absolute bombshell” which has “blown shrapnel” through the whole project.

Shavelson was also unimpressed by Sullivan’s recent statements of opposition to the project. The senator is “a corporate shill who will do whatever he has to get reelected,” Shavelson said. “He’s had years and years to take a principled stand on Pebble and he’s never said anything close to definitive until these tapes came out and it looked like it was a close election. He’s just embarrassed now because they treated him like a little lap dog to go sit in the corner.”