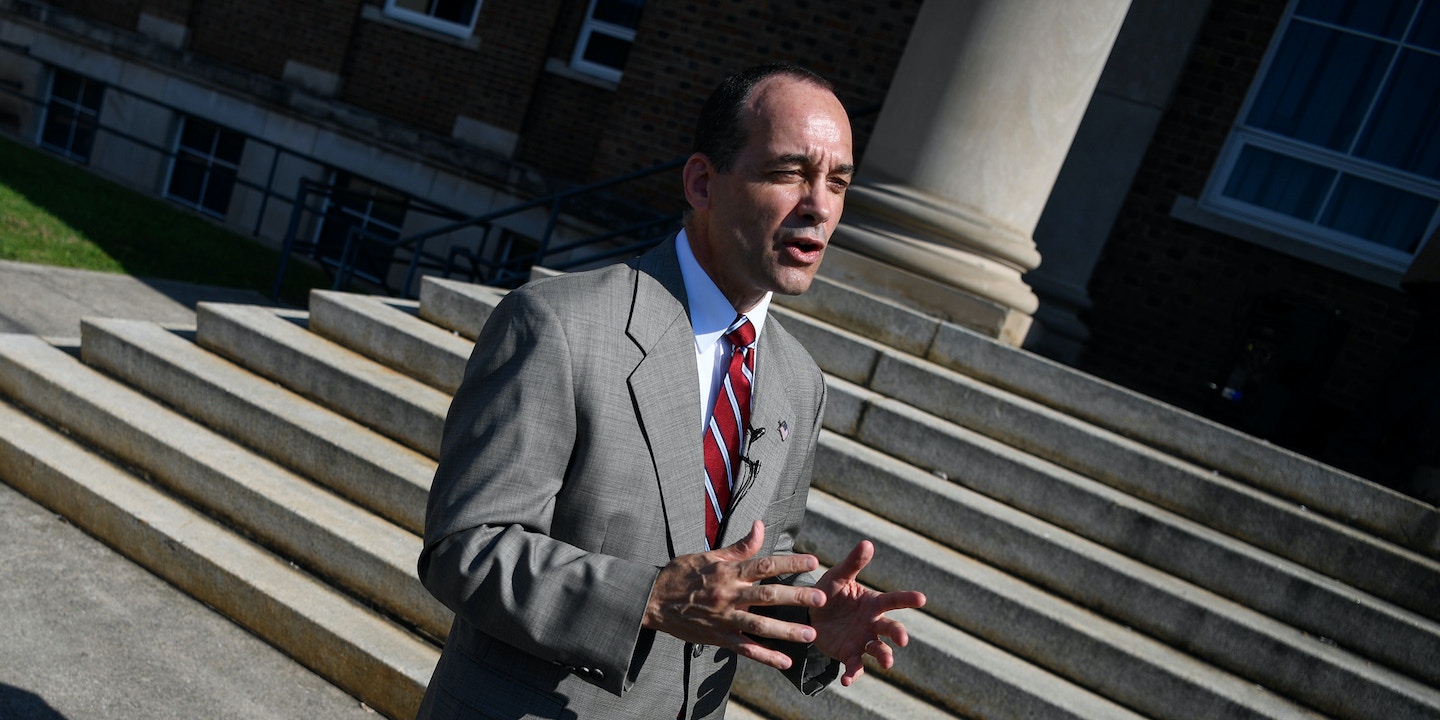 Bob Good, the moralizing born-again crusader who upended Virginia politics earlier this year over his belief that the state should not grant marriage rights to same-sex couples, also believes the state should be able to seize the homes and wages of local patients over unpaid medical debt.

The Republican congressional candidate for Virginia’s 5th District shocked the political establishment by seizing the nomination from first-term Rep. Denver Riggleman, R-Va., by challenging him at the party convention in June.

But the Republican candidate’s economic positions have received far less scrutiny in the general election, in which he is in a close race with Democrat Cameron Webb, a local doctor and public health official who was a White House fellow in both the Obama and Trump administrations.

Since 2016, Good has served as a supervisor for Campbell County, an area around Altavista that overlaps with the 5th District. In that role, Good has supported a dramatic increase in costs for county ambulance services and pushed to aggressively collect on outstanding emergency medical services debt owed to the county.

Shortly after he was elected, Good voted to raise ambulance fees by 26 percent, a rate that has made emergency medical services among the most expensive in the Lynchburg area. He supported extending a contract to McKesson, a health care company, under terms that allow the firm to retain 4.25 percent of the fees it collects by operating EMS services in the region.

In subsequent county meetings, Good pressed for the county to raise funds through expanded collection services over medical fees owed to the government.

“I’d be in favor of going for it all the way,” said Good during one of the meetings on the EMS debt issue in 2016. “When you’re talking garnish bank accounts, as well as jobs, interrogatories, judgment, lien on property, seize, you know, on real estate.”

“Supervisor Good noted that he would be in favor of placing a lien against a patient’s real estate, if they owned any, as well as a lien against a patient’s state taxes,” noted the minutes from another Campbell County supervisor meeting in 2018. The county lawyer said she would check on the legality of Good’s proposal. The following week, the board advanced a proposal on garnishing wages and seizing the property of residents that owed certain levels of emergency medical debt.

The unusually high rates for EMS services have saddled local residents with a high level of debt.

In 2018, The News & Advance, a local newspaper, detailed the struggles of Hazel Mason, then 92 years old, who faced coercive debt collection tactics over a $599.66 bill for an ambulance ride to Lynchburg General Hospital. Mason’s family was shocked that Medicare would not cover the entire bill and balked at Campbell County’s push to collect from her mother, who suffers from Alzheimer’s. The family claimed that they never received initial billing requests from the county before county officials threatened Mason with a letter claiming that they would use “all legal options available” to collect from her.

Good’s campaign did not respond to requests for comment.

The candidate’s website has little to say about any economic policy positions beyond single-sentence statements opposing taxation and government spending. In response to a conservative questionnaire distributed earlier this year, Good revealed that he supports cutting Social Security benefits and raising the retirement age.

Webb, the Democratic candidate in the race, has called for Good to divest from McKesson Corp., the health care giant that manages the EMS contract, which is also under fire for over supplying addictive opioids to regional pharmacies.

Good has also faced recent criticism over a late ethics disclosure showing a vast range of other investments. His initial disclosure, as required by law, showed that he owned no stock holdings or other financial assets. His amended form shows up to $1.65 million in financial holdings. The Intercept filed a records request with Campbell County showing that Good also received $30,320 in stipends and mileage reimbursements over the four years he served as supervisor.

The race, in a district in rural, central Virginia, a traditional stronghold for Republicans, is rated as a toss-up by election observers. Webb has outraised Good, according to recent campaign disclosures, but the Virginia Republican has received a surge of late campaign contributions from corporate political action committees, including donations from Koch Industries, AT&T, and Alliance Coal.