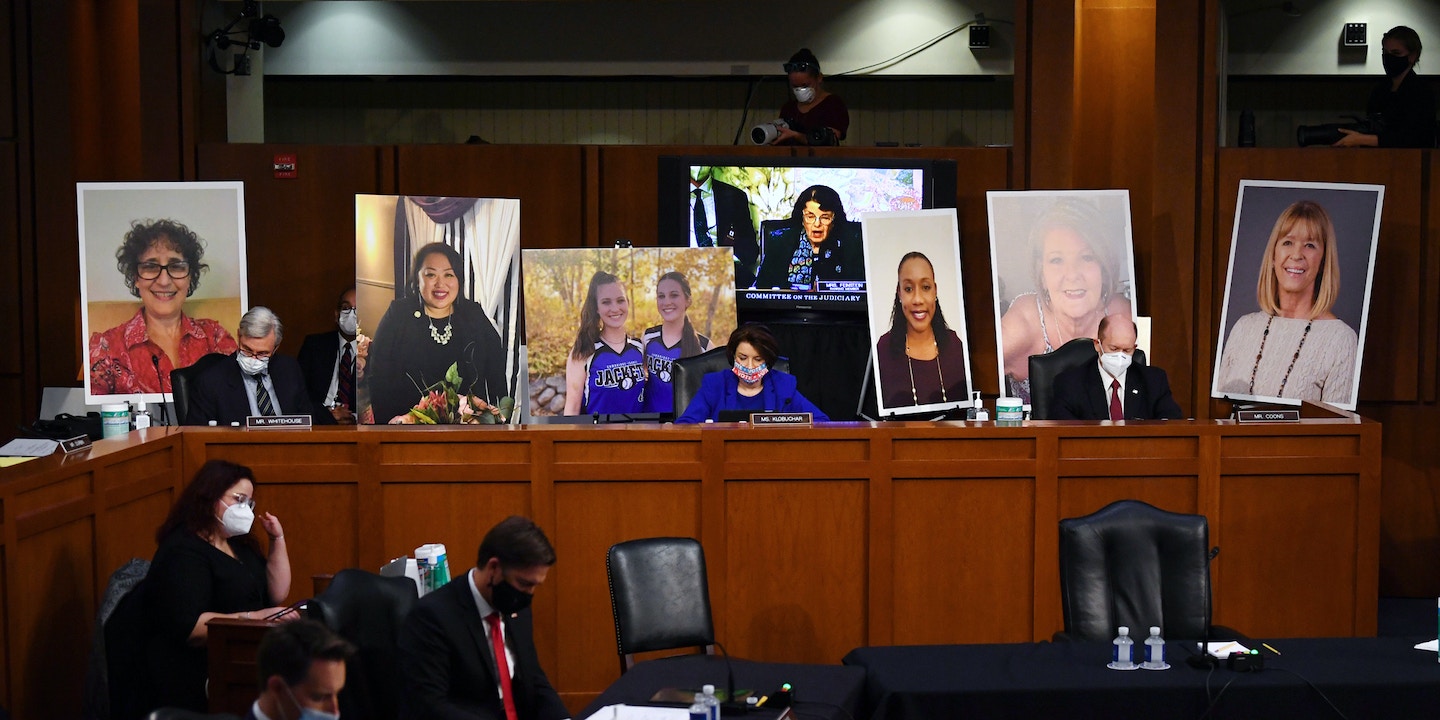 As many as 68,000 people may die in a single year if the Supreme Court overturns the Affordable Care Act, according to research published Thursday. The study, published by Health Affairs, found that some 2.3 million people have already lost health insurance coverage during the first three years of the Trump administration and that between 3,399 and 25,180 people died as a result of losing that coverage.

The growth in the number of uninsured between 2016 and 2019 likely resulted from several steps the administration has taken to shrink health care coverage, such as cutting spending for a program that helps people sign up for health insurance, according to the study’s authors. The administration also supported the repeal of the individual mandate by Congress in 2017.

The loss of health insurance has well-documented financial, medical, and psychological consequences. In general, the uninsured tend to be sicker because they receive less preventive care. “Something as simple as treating high blood pressure can prevent strokes and heart attacks,” said Adam Gaffney, a pulmonary and critical care physician at Harvard Medical School who is one of the study’s authors. “I’ve seen many patients in the ICU with emergencies that could have been avoided with a better system.”

In part because they delay and forego both diagnoses and treatments, those without health insurance coverage run a greater risk of dying.

Far more deaths are expected if the Supreme Court overturns the Affordable Care Act. The authors of the study use the Urban Institute’s estimate that 19.9 million people will likely lose their health insurance, as well as several studies tying a lack of insurance to premature death, to calculate that the massive loss in health coverage will likely cause between 22,892 and 68,345 deaths per year among adults under 65.

While the study focused on adults, an estimated 726,000 children also lost coverage during the first three years of the Trump administration, according to the Georgetown University Health Policy Institute, which predicts that an additional 1.7 million children will become uninsured if the Affordable Care Act is overturned.

On November 10, the Supreme Court is scheduled to hear arguments in California v. Texas, a case that could result in the court striking down the entire Affordable Care Act in the midst of a global pandemic that has already resulted in more than 227,000 deaths in the U.S. Amy Coney Barrett, Donald Trump’s recently installed justice, is expected to vote with conservatives against the law. Trump appears not to have a plan for making sure that those who lose coverage as a result of the Supreme Court decision will have continued access to health care.

At the same time that the estimated death toll from overturning the health care law was released, the department of Health and Human Services held a press briefing on what it described as “the Trump Administration’s efforts to deliver on the President’s healthcare vision of better care, lower costs, and more choice.”

During the call with reporters, Alex Azar, the secretary of the Department of Health and Human Services, announced that the administration finalized a rule that will require insurers to publicly post the price of the most common procedures and services. The requirement will go into effect in 2023 for 500 of what Azar called the “most shoppable” services. For all other services, it will start in 2024.

Seema Verma, the administrator of the Centers for Medicare and Medicaid Services, told reporters on the call that the new rule is “the culmination of four years of groundbreaking reforms.”

But Gaffney pointed out that new requirements on insurers won’t help the millions of people without insurance. “It’s a total mirage,” said Gaffney. “The administration has had four years to improve health coverage and access, and all that’s happen is that it’s gotten worse.”