“The president is taking back control of DOD. It’s a rebirth of foreign policy. This is Trump foreign policy,” said an official briefed on the effort. 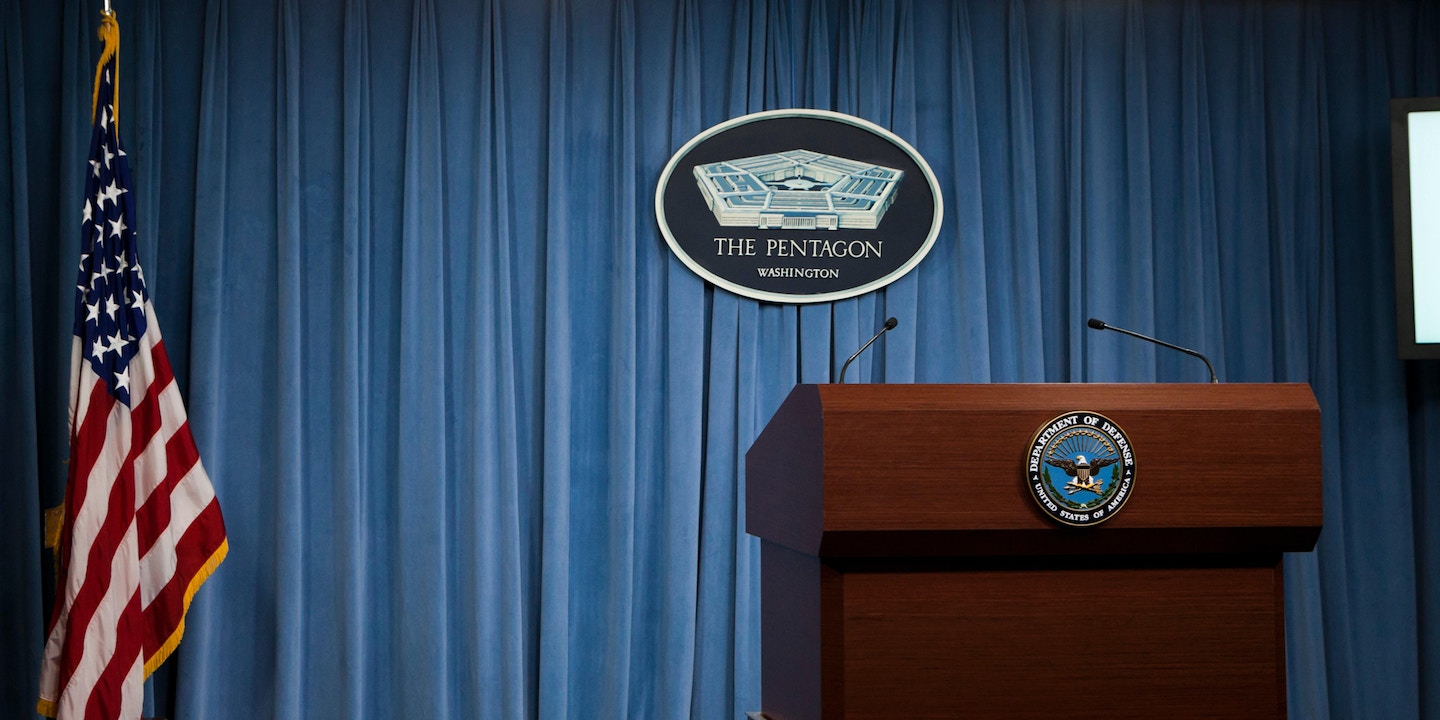 The sweeping dismissal of Pentagon officials, an overhaul that began on Monday with President Donald Trump’s sudden firing of Secretary of Defense Mark Esper, has continued. The Intercept has learned that Mark Tomb, the deputy chief of staff to the undersecretary of defense for policy, was ousted from his position yesterday.

Tomb, who declined to comment when reached by phone, was forced into retirement as part of a wave of firings of top Defense Department officials that included James Anderson, the Pentagon’s acting policy chief; Joseph Kernan, the undersecretary for intelligence; and Esper’s former chief of staff Jennifer Stewart.

The Tuesday exodus represents a major shake-up that has been planned for months, according to one Trump administration official briefed on the effort, with more firings to come across the department.

That official, who shared a draft list of other Pentagon officials under consideration for removal, said that Ellen Lord, the undersecretary of defense for acquisition and sustainment, would likely be dismissed next.

“The president is taking back control of DOD. It’s a rebirth of foreign policy. This is Trump foreign policy,” said the official, who spoke anonymously and without authorization.

The personnel changes, the official claimed, would help clear the way for a more loyal Pentagon apparatus to carry out Trump’s goals, including the last-minute withdrawal of troops from foreign conflicts. Trump has promised a withdrawal of U.S. forces from Afghanistan by Christmas, a pledge that has reportedly rankled senior figures in the military, including several of the Pentagon leaders dismissed this week.

The official’s explanation is at odds with possible explanations discussed around Washington, D.C., that the dismissals are solely designed to punish dissent and to politicize the Pentagon, a charge made by Democratic lawmakers.

The president has replaced political appointees, a right reserved by the president, though no president in recent memory has made such sweeping changes to the Pentagon’s leadership during a presidential transition period. The unusual shake-up has unsettled observers of the military who fear further politicization of the government.

The firings also make way for controversial figures who are seen as far more dutiful in protecting Trump and carrying out his agenda. Anderson was swiftly replaced on Tuesday with Brig. Gen. Anthony Tata, a former Fox News contributor who had been previously nominated for the Pentagon’s top policy job. Tata’s nomination stalled in the Senate after old tweets were unearthed showing him criticizing former President Barack Obama as a “terrorist leader” and sharing an article that depicted Obama as a “Manchurian candidate.” Esper maintained a rocky relationship with Trump, which degraded further last summer after he publicly opposed Trump’s call to deploy active-duty military in response to street protests sparked by the police killing of George Floyd. The former Raytheon lobbyist-turned-Pentagon chief was replaced by Chris Miller, the former senior director for counterterrorism and transnational threats at the National Security Council.

Stewart, Esper’s chief of staff, was replaced by Kash Patel, a former National Security Council official who previously served as an aide to Rep. Devin Nunes, R-Calif. Patel gained a following in the administration for his role in leading the push on Capitol Hill to question intelligence agencies and Democratic lawmakers over the Russian collusion probe.

The Intercept reported in August that Gina Haspel, the CIA director, and Christopher Wray, the director of the FBI, were also at risk of replacement, and the New York Times has now reported that they could be next in line to be removed from office.

The rapid firings have raised concern on Capitol Hill as Democratic lawmakers have denounced the personnel changes for stoking tension during an already tense transition period.

“Firing a Secretary of Defense in the last weeks of a lame duck Presidency serves no purpose and only demonstrates an instability harmful to American national defense,” said Sen. Tim Kaine, D-Va., in a statement.

Rep. Adam Smith, D-Wash., chair of the House Armed Services Committee, decried the firings as an effort by Trump to install Pentagon officials with a focus on loyalty “at the expense of competence,” noting that “during a period of presidential transition, competence in government is of the utmost importance.”

In response, the Trump official said that the moves were solely motivated by implementing foreign policy goals that have been stymied by career bureaucrats obsessed with continuing unending military conflict overseas.

“This is happening because the president feels that neoconservatism has failed the American people,” the official said.

The withdrawal of troops could also set the political conditions for the future Biden administration. Any redeployment, the thinking goes, would establish the Democratic Party as the “forever war” party, while Trump could credibly claim that he was not only the first president in 40 years to avoid launching a new war, but he also was the first to truly wind down the occupation of Afghanistan.