Facing runoff, Sen. David Perdue says climate change is a hoax, but his beach community is sure worried about rising sea levels. 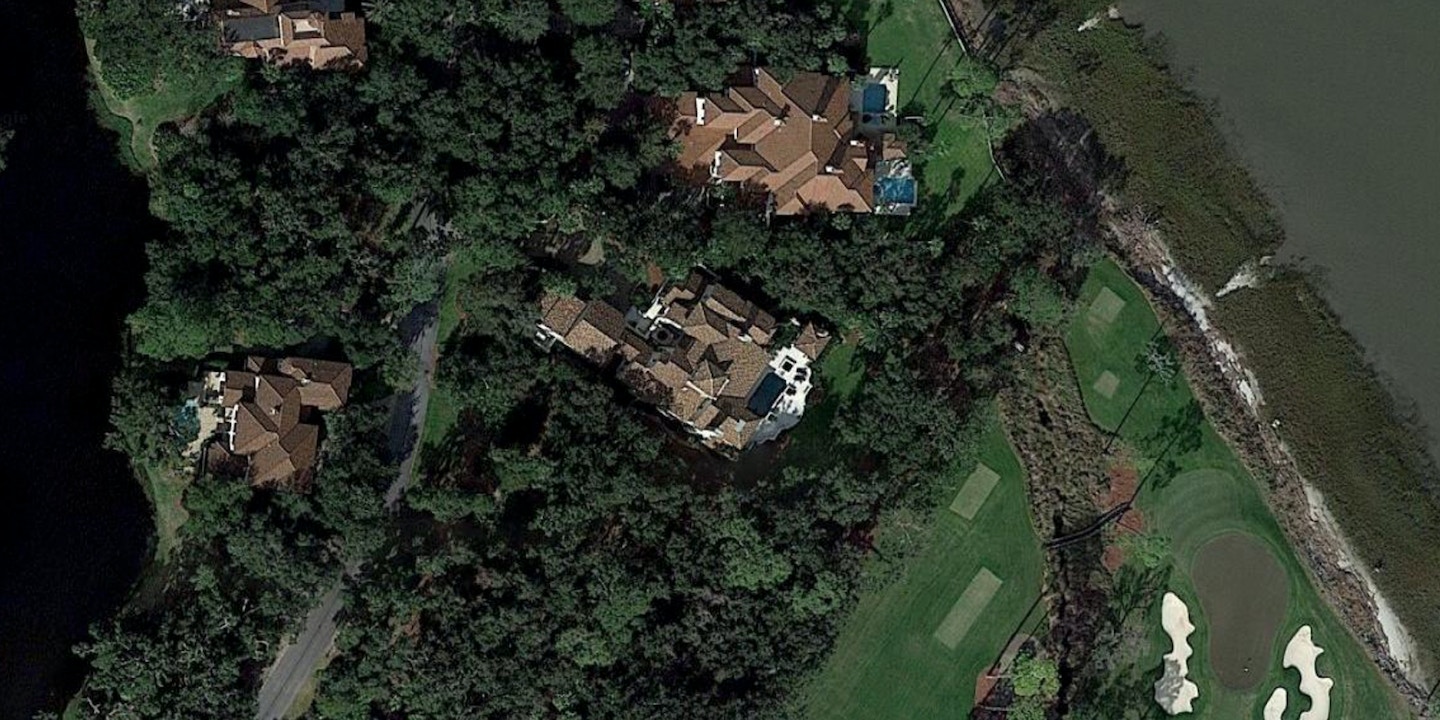 If Sen. David Perdue wins reelection in Georgia’s runoff in January, the Republican Party will almost certainly maintain its Senate majority. Perdue, an outspoken climate denier, urged President Donald Trump to withdraw from the Paris Climate Accords; voted against a Senate resolution that affirmed that climate change is real and that human activities contribute to it; and dismissed the Green New Deal as a “socialist wish list.” The one-term senator, who is a first cousin of Agriculture Secretary Sonny Perdue and golfing buddy of Trump, also vowed to protect the coal industry and was endorsed by the Koch-affiliated Super PAC, Americans for Prosperity. If Perdue wins, the potential for the Biden administration to respond to the global climate crisis will be greatly diminished.

But even while Perdue publicly rejects the scientific consensus about climate change, the Georgia senator and former CEO of Dollar General is part of a gated beachfront community that has taken the global phenomenon and its consequences extremely seriously. Perdue owns a more than 9,000 square-foot mansion with six bathrooms, arched doorways, and a pool on Sea Island, a gated community on St. Simons Island, the wealthiest ZIP code in the state. Over the past few years, as sea-level rise has accelerated, the Sea Island Company, which owns the island resort, has constructed an elaborate and expensive system of jetties and sea walls in an effort to protect the lavish homes there. According to his federal disclosure forms, Perdue’s net worth is somewhere between $13.7 million and $39.8 million.

Although it is just steps from the water in an area of Sea Island known as Ocean Forest, Perdue’s home — and the entire community — has been protected from the ravages of the quickly changing climate, giving the senator the privilege of dismissing the phenomenon even as his home is carefully girded against it. The Sea Island Company has built a sea wall, as well as three jetties, that combat beach erosion. And the company regularly collects massive amounts of sand from the southern jetty and redistributes it to other beaches along the island.

“Senator Perdue is lucky,” said Megan Desrosiers, president and CEO of One Hundred Miles, a Georgia-based environmental group that sued unsuccessfully in 2016 to stop the Sea Island Company from developing a narrow spit of land for the development of eight more multimillion-dollar homes on the grounds that it would disrupt sea turtle and shorebird habitat and potentially increase erosion. “The philosophy of the Sea Island Company is that you can just engineer a solution to everything,” said Desrosiers. “Whether they acknowledge climate change or not, every year the Sea Island Company is putting in money to protect the people who live there. No other place in coastal Georgia has this kind of money to protect the people who live on these islands.”

Indeed, the vast majority of the 40,000 homes in Georgia that face tidal flooding are not on St. Simons Island. And many of these other communities do not have the resources to mitigate the risk. In Brunswick, Georgia, just a 20-minute drive from Sea Island, 99 percent of the properties are in flood zones, according to First Street Foundation’s National Flood Risk Assessment. During several recent storms, Brunswick residents, whose median annual income was just over $25,000 and whose median home values are about one-thirtieth of those on Sea Island — saw raw sewage flow into their residences and streets. Because the aging sewer system hasn’t yet been updated to adapt to climate change, the people living in Brunswick, more than half of whom are Black, have been unable to shower or flush toilets for days after some storms. Both nationwide and globally, the impacts of climate change are disproportionately borne by the poorest.

The steadily increasing sea level, which now rises more than an inch every two years, is clearly part of the state’s coastal crisis. “But the water level just tells part of the story,” said Jason Lee, who works for the Georgia Department of Natural Resources protecting coastal species and land. “You also have increased hurricane activity. You have increased erosional events and storms that generate large waves.” Lee also pointed to an increase in the frequency and severity of so-called king tides, in which sea level rises precipitously and flooding occurs even on days without rain. “Georgia is turning blue in more ways than one,” he said.

Lee was referring to the changing political tides that has swept over Georgia along with the increased climate impacts. Although the Republican presidential candidate won the state’s electoral votes every year since 1996, the 2020 race has still not been called there, and as of Wednesday morning, Joe Biden was leading by 0.2 percent. The margins in the Senate contests were also small, leading to the double runoff, which will be held on January 5, 2021.

Perdue did not respond to several inquiries about this story.

The Sea Island Company also declined to comment on this story.

Perdue’s Democratic challenger, former journalist Jon Ossoff, has not shied from the issue of climate change, pledging to make environmental policy “on the basis of scientific evidence — not the lobbying of polluters”; to work to reverse the Trump administration’s rollbacks of fuel economy standards; to reenter the Paris Climate Accords and negotiate for an “even more ambitious climate treaty”; and to move toward a rapid transition to clean energy sources.

Stark differences on climate also separate the contenders for the other Senate seat. While Republican Kelly Loeffler has remained largely silent on the issue, her Democratic opponent, a Baptist minister named Raphael Warnock, has encouraged his congregants to see themselves as environmentalists and has preached about the connections between pollution, race, and poverty.

Given that 66 percent of Georgians “believe in climate change,” and most feel that their government should do more to address the problem — as a majority of people in the U.S. do — the Republicans’ failure to recognize the crisis that is wreaking particular havoc in Georgia and other Southern states could be a force in swinging the runoff races toward the Democrats. Perdue, who has called for the resignation of the Georgia secretary of state and alleged without evidence that voting improprieties led to the outcome of the election, is of course hoping it will swing the other way.

But, while progress on climate throughout the U.S. — and, to a certain extent, the world — hinges on the outcome of the runoff, the ultimate fate of Perdue’s big Sea Island mansion can be predicted with some confidence. Whether he wins or loses, the climate crisis will continue to worsen. And according to Lee, even expensive engineering tricks won’t be enough to save Sea Island from its effects.

Parts of St. Simons Island have already eroded significantly and are now underwater. As sea-level rise continues unabated, Lee predicted, other parts of the island will likely sink beneath the rising waters.