U.S. Withdrawal From Paris Agreement Casts the Stakes of Election in Planetary Terms

Joe Biden has promised to reenter the Paris climate accord on the first day of his presidency. 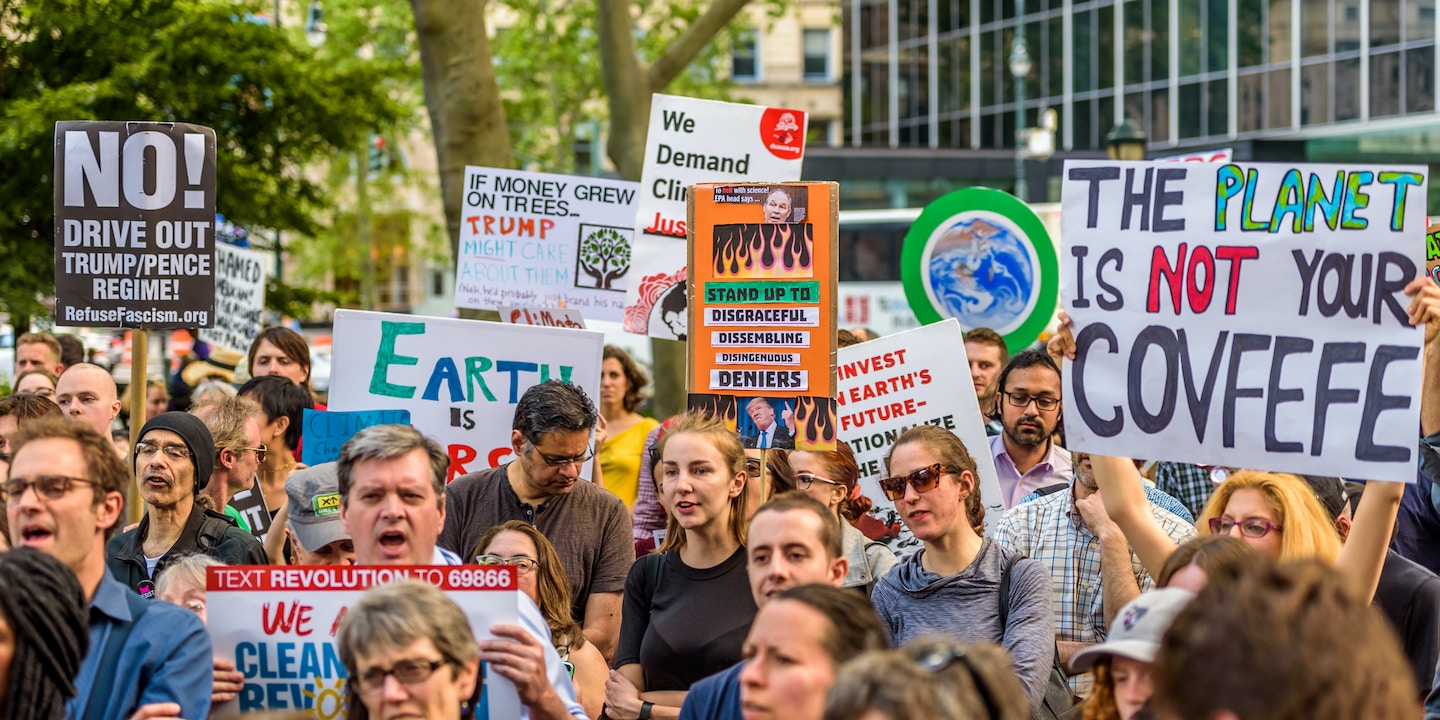 The United States officially withdrew from the Paris Agreement on Wednesday, casting the stakes of the still-undecided presidential election in planetary terms. With the completion of the formal withdrawal process, which Trump began in June 2017, the U.S. became the only country in the world not to participate in the global effort to fight the climate crisis.

Trump, who has dismissed climate change as a hoax and rolled back dozens of environmental regulations designed to protect the environment and stave off climate change, decided to exit the international agreement early in his term. But because the accord didn’t allow countries to begin the formal withdrawal process until three years after it went into effect, the yearlong process officially began on November 4, 2019.

Joe Biden has promised to reenter the climate accord on the first day of his presidency. The process of rejoining would take just 30 days, enabling the country to be readmitted as a party as soon as February 19, 2021.

The agreement, named for the city where the United Nations Conference of Parties struck it in 2015, aims to limit the global temperature rise to “well below” 2 degrees Celsius above pre-industrial levels. President Barack Obama pushed hard for the agreement, which his administration officially entered in September 2016. That year was the warmest year on record, although 2020 may soon top it. During the past four years, the Earth’s temperature has continued to soar and unprecedented wildfires, flooding, droughts, sea level rise, and scorching temperatures have beset the world.

According to an October poll from Pew Research Center, 68 percent of registered voters who planned to vote for Biden said climate change was very important to their vote, while only 11 percent of Trump supporters said the same.

While leaders from around the country have committed themselves to fighting climate change even without federal leadership, and the market has driven an increase in the use of renewable energy, a second Trump administration could immeasurably set back the fight.

“The consequences would be catastrophic,” said Thomas McGarity, a law professor at the University of Texas. “If Trump wins, it will allow him to finalize the rollback of the Clean Power Plan, the auto standards, the EPA’s new source performance standards for oil and gas drilling, the Department of Energy’s limitations on methane emissions from oil and gas drilling on public lands,” McGarity said, ticking off only a partial list of efforts the Trump administration has already begun that will result in increased release of greenhouse gases.

While U.S. has moved backward in the fight to address the climate crisis, Europe has announced a plan to become the first carbon neutral continent by 2050. South Korea and Japan have also committed to going carbon neutral by 2050, and China has set a goal of reaching carbon neutrality by 2060.

Despite Trump’s example, no other country withdrew from the international accord. “It’s important to note that no other followed the lead of the U.S.,” said Pamela McElwee, associate professor of human ecology at Rutgers, who emphasized that states and localities can continue to make some progress on limiting emissions even if the federal government continues to have no climate plan.

Still, if Trump holds onto the presidency, the ability of the U.S. to limit emissions will continue to be hamstrung. “That will be especially true if the Senate remains Republican,” said McElwee. At press time, the control of the Senate also hangs in the balance.