In a recording obtained by The Intercept, Biden was unenthusiastic about executive action and warned against police reform before Georgia’s Senate runoffs. 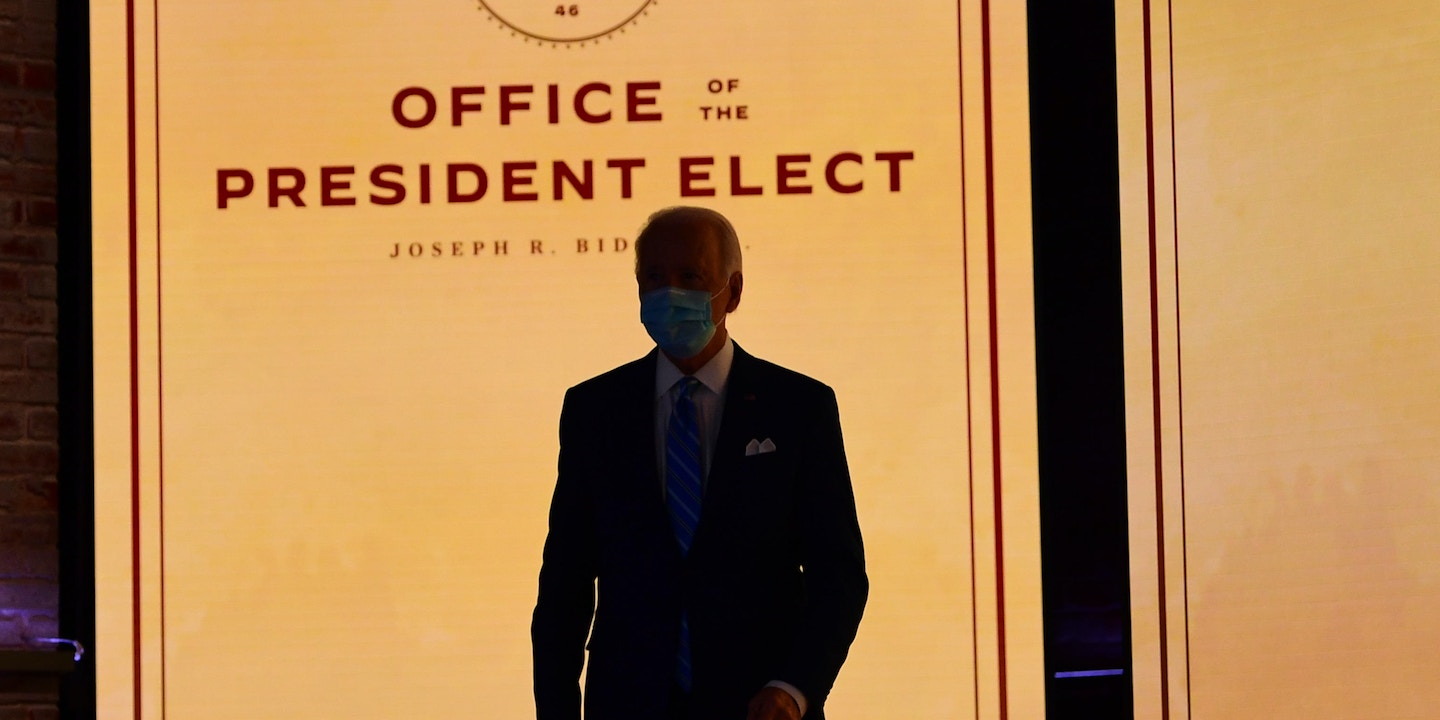 Democrats in the House, Senate, and around the country have been urging President-elect Joe Biden to use the maximum amount of executive authority available to him in order to grow the economy, expand civil rights, protect the climate, and otherwise implement the agenda he ran on, despite the expected obstruction from a Republican Senate.

On Tuesday, a group of civil rights leaders urged him privately to take a slew of executive actions during a two-hour virtual meeting. While Biden didn’t close the door to anything specific, he was far from enthusiastic about the idea of using executive action.

A recording of the virtual meeting, attended by Biden, Vice President-elect Kamala Harris, and civil rights leaders, was obtained by The Intercept. Excerpts from it can be heard in this week’s Deconstructed podcast, which you can find for free on any platform that hosts podcasts.

Biden also warned the civil rights leaders that pressure on the incoming administration around police reform could hurt the party’s chances in the Georgia Senate runoffs, claiming that the Republicans’ ability to define that party as in favor of defunding the police is “how they beat the living hell out of us across the country.”

Biden insisted that his commitment to police reform was unwavering but argued that the branding effort had done too much damage.

Biden made his comments unprompted, referencing an earlier remark made by NAACP President Derrick Johnson, who had warned that appointing Tom Vilsack to be secretary of agriculture would anger Black farmers in Georgia, as well as Black voters generally in the state, for whom Shirley Sherrod was a hero. Sherrod was fired by Vilsack from her position as Georgia director of rural development for the U.S. Department of Agriculture during Vilsack’s previous tenure as agriculture secretary during the Obama administration. Her firing was quickly revealed to have been a mistake and based on an incomplete airing of a video by the late conservative provocateur Andrew Breitbart. Particularly in Georgia, Johnson noted, Vilsack’s capitulation was still a sore spot, and nominating him would be “disastrous” electorally. “If you consider the victory that you appreciated in Georgia, it was around 12,000 votes. And so as you consider appointments, you also must consider what impact would that have on voters in the state of Georgia. And I will submit to you that former Secretary Vilsack could have a disastrous impact on voters in Georgia. Shirley Sherrod is a civil rights legend, a hero,” Johnson said.

Toward the end of the conversation, Biden raised Johnson’s remark to dismiss it, saying that Johnson would soon learn more about Vilsack’s record. It also wouldn’t be prudent to have that fight before the Georgia runoffs, he said, before adding that police reform should also be avoided. “I also don’t think we should get too far ahead ourselves on dealing with police reform in that, because they’ve already labeled us as being ‘defund the police’ anything we put forward in terms of the organizational structure to change policing — which I promise you, will occur. Promise you,” Biden said.

The slogan “defund the police” has been blamed for House and Senate losses by Majority Whip James Clyburn, D-S.C., along with other moderate House Democrats. Former President Barack Obama joined in, calling it a snappy slogan that cost votes.

“I just raise it with you to think about how much do we push between now and January 5 — we need those two seats — about police reform. But I guarantee you, there will be a full-blown commission. I guarantee you it’s a major, major, major element,” Biden said.

Subscribe to Deconstructed here or on any podcast platform.