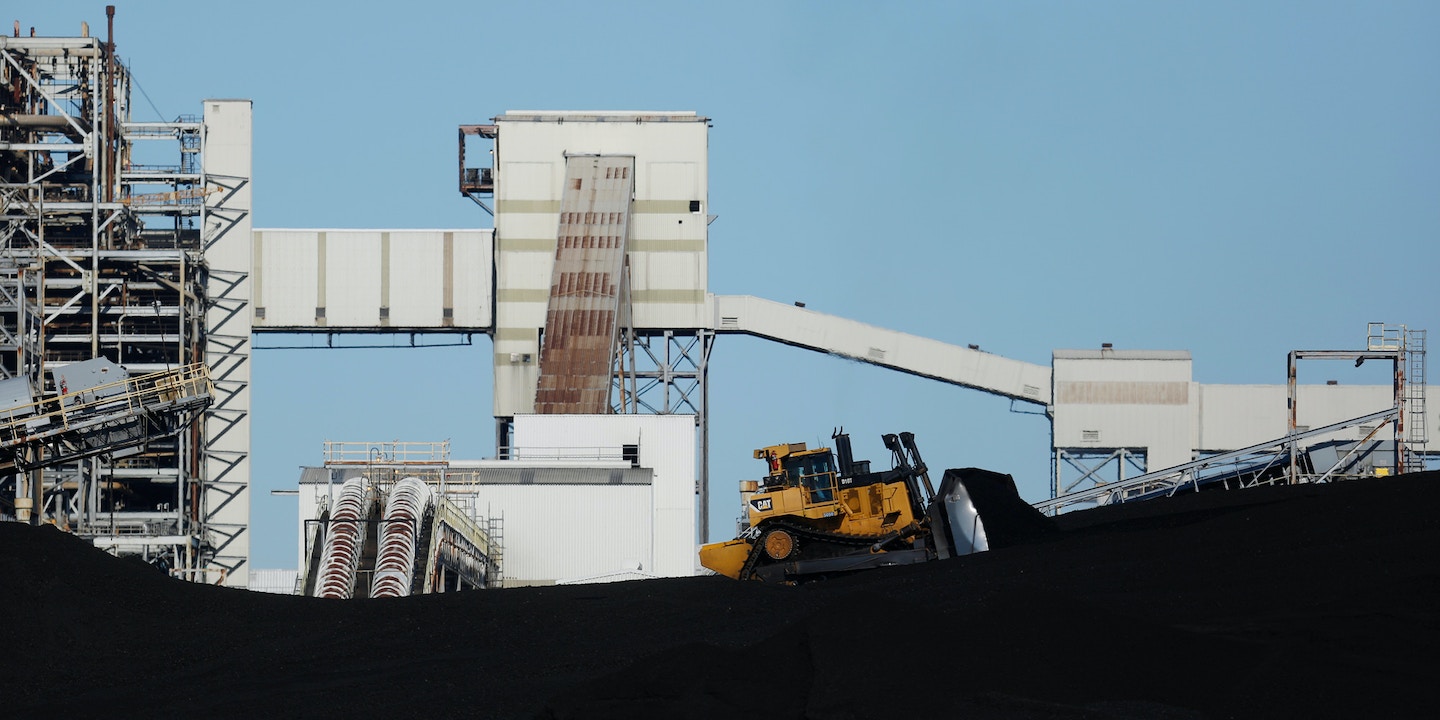 In May 2019, the Carbon Capture Coalition, a group of roughly 60 companies, unions, research institutes, and energy groups that support carbon capture technology, released a policy platform that was entirely focused on their desired federal investments. The agenda emphasized things like expanding tax credits and loan guarantees, as well as incentivizing new research and development.

Then came the police killing of George Floyd and a summer of protest that reshaped politics, influencing even the debate around carbon capture’s role in the fight against climate change. The coalition’s new policy platform, released in late October, is focused on ways that carbon capture projects could also contribute to environmental justice.

Beginning in January, the Clean Air Task Force, a research and advocacy group that backs carbon capture, will be launching at least four case studies in California and Texas to study how, if at all, carbon capture technology reduces local air pollution. Their objective, said Deepika Nagabhushan, who is leading a new environmental justice initiative at the organization, would be to provide front-line communities with the information by the end of 2021, so residents can better determine whether carbon capture meets their needs. Nagabhushan told The Intercept that the protests over the last year “have really brought social equity and addressing systemic racism to the forefront” of all conversations, including for carbon capture.

Some left-wing climate groups take a strong stance against carbon capture, seeing it as a distraction at best and a malign oil industry scheme that will only help prolong, rather than hasten, the industry’s decline. In his presidential climate change plan, Sen. Bernie Sanders echoed the stance of groups like Greenpeace, Friends of the Earth, and the Sunrise Movement, calling carbon capture a “false solution.” This past September, the House of Representatives passed a nearly 900-page clean energy package, though 18 Democrats, including Reps. Alexandria Ocasio-Cortez, Rashida Tlaib, Ilhan Omar, and Ayanna Pressley, voted against it, after a coalition of progressive climate groups protested the bill’s support for carbon capture. Jessie Stolark, the public policy and members relations manager for the Carbon Capture Coalition, said her group is currently “undergoing an evolution” with regards to how they approach potential impacts and benefits to frontline communities. The political logic is sound: Carbon capture is a rare climate policy with Republican support, and unions and mainline Democrats are already on board, with the holdouts residing on the left. Demonstrating the benefits to marginalized communities could help erode that opposition.

Climate change, of course, is a global and universal problem for humanity. But its effects are being and will be felt earliest and hardest among those with the least means to mitigate it, and the least political power to confront the overlapping crises it produces and exacerbates. Major sources of carbon emissions, meanwhile, also tend to be sources of broader forms of pollution, often landing disproportionately on what have come to be known as front-line communities.

This year, in campaign memos sent to Joe Biden and Donald Trump, the Carbon Capture Coalition included language about the need to ensure that the tens of thousands of high-wage jobs associated with carbon capture projects actually benefit the disadvantaged communities where they may be cited, meaning “expanded support for training and apprenticeship programs undertaken in partnership with community colleges, trade unions and other local institutions in affected communities.” Stolark acknowledged that some communities may not want the projects even if they do come with high-wage jobs and said the coalition is “currently brainstorming” around those questions.

Biden’s election has given advocates for carbon capture a lot to be optimistic about. Back in July, his $2 trillion climate plan called for accelerating the development and deployment of carbon capture technology. On his new presidential transition website, where he lists four priorities including climate change, Biden mentions a commitment to innovating “negative emissions technologies” — an umbrella term that includes so-called direct air capture, or machines that suck already emitted carbon dioxide out of the air.

“It remains to be seen what they’re going to do but one area I’m really excited about is just developing the workforce,” said Stolark. “Biden’s climate plan said it would create 10 million jobs, so our question is what is that going to look like.”

In a letter sent September 18, progressive groups including Friends of the Earth, 350.org, and Food & Water Action argued that other environmental justice components of the House’s Clean Economy Jobs and Innovation Act would be undermined by its carbon capture provisions, and that it would perpetuate burdens on front-line communities and communities of color. “[A]ny new investment toward fossil fuel companies is unacceptable and quite simply incompatible with tackling environmental injustice and the climate crisis,” Lauren Maunus, the legislative manager of Sunrise Movement, told the New Republic after the vote. (This year BP, Shell, and Exxon Mobil wrote down billions in their fossil fuel reserves, telling investors they recognize that some of their reserves will never be pumped out of the ground.)

Despite the 18 protest votes, carbon capture has no shortage of Democratic support, and the House bill garnered votes from the majority of the Congressional Progressive Caucus and nearly all the Green New Deal resolution co-sponsors. Sen. Ed Markey, the original co-author of the Green New Deal with Ocasio-Cortez, also has a record of supporting carbon capture technology and assured the Carbon Capture Coalition of his support in 2019.

Unions are also strong supporters, and last year the BlueGreen Alliance, a coalition of labor and national environmental groups, released a plan for tackling inequality and climate change that included support for carbon capture tech. The environmental groups include the Sierra Club, the Natural Resources Defense Council, the National Wildlife Federation, the Union of Concerned Scientists, the Environmental Defense Action Fund, and the League of Conservation Voters — collectively known in environmental circles as “big green.” The unions include both building trade unions and unions representing industries that wouldn’t necessarily be directly impacted by investments in carbon capture, like the Service Employees International Union, the American Federation of Teachers, and the Communication Workers of America. Both the SEIU and the AFT have passed resolutions in support of the Green New Deal.

One advantage Biden and carbon capture supporters have on their side is the growing scientific consensus that the only way to reach global climate targets by mid-century would be to utilize carbon capture technology, which can both help reduce future emissions and remove some of the carbon dioxide that’s already been released. This past September, for example, the International Energy Agency released a report warning it would be “virtually impossible” to reach net zero without carbon capture tech. In 2018, the Intergovernmental Panel on Climate Change also affirmed carbon capture tech would be necessary to hit climate targets absent rapid reforestation and major changes to global diets and energy consumption. There’s also the fact that renewable energy alternatives like wind and solar are not viable solutions for reducing carbon emissions in the industrial sector, and nearly a quarter of all U.S greenhouse gas emissions come from industry.

“Even if we close every coal fire plant in America — which I don’t think we’re going to do for a while — but even if we did that, it doesn’t change the basic fact that if you believe and follow the science, carbon capture is a thing we must do globally at scale or we won’t make it,” Lee Anderson, director of governmental affairs for the Utility Workers Union of America, told The Intercept last year.

While advocates for carbon capture have been outlining priorities they’d like to see the Biden administration take on, Congress is also currently considering new legislation that could pass as soon as this month. Lawmakers are considering bills both to extend a tax credit to incentivize carbon capture projects and to authorize new demonstrations in the power sector.

“I think a lot of these movements around a Green New Deal have been really responsible for pushing more groups to center environmental justice in the climate discussion,” said Erin Burns, policy director for Carbon180.

“We’re in a great place where the Department of Energy has done really great R&D and we have a lot of information on how to do things like saline storage safely and securely, but when you’re talking about the need to inject millions of tons of CO2 into the ground, you need to think about how do we talk to communities about that, and what are the questions those communities will have,” said Burns. “We want to make sure we’re thinking about developing clear materials to ensure communities can have a strong voice in how these projects go forward, and that there can be really robust, meaningful engagement.”

Burns declined to share specific names but told The Intercept that Carbon180 has started having conversations with environmental justice groups and expressed gratitude to activists who have lent their time and expertise. While “we absolutely expect resistance and skepticism,” said Burns, from some carbon capture organizations that may balk at pressure to change their practices, “at this point I think we are at least cautiously optimistic.”