“Whether we can’t breathe because of toxic pollution or policing,” says Robert Bullard, “it’s the same systemic racism that is killing us.” 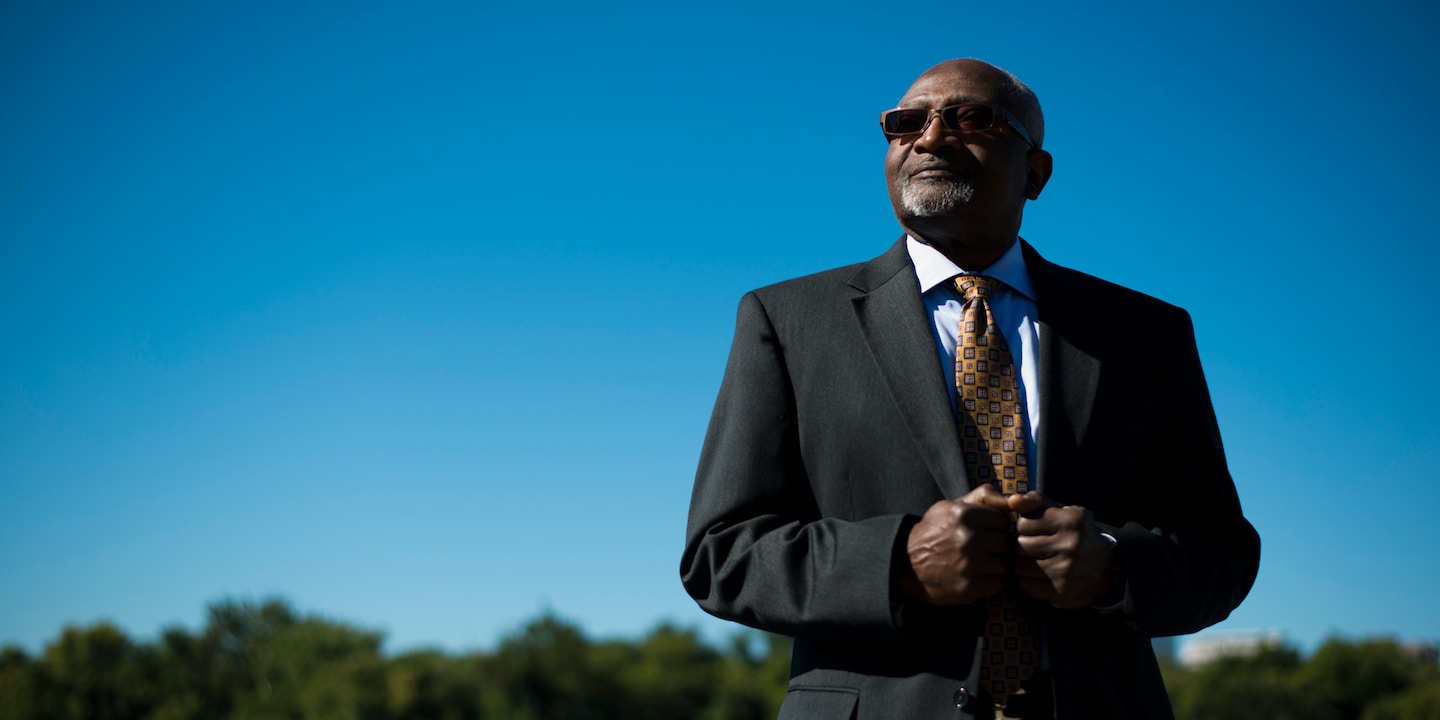 Sometimes known as the “father of environmental justice,” Robert Bullard has been talking, writing, and teaching about the disproportionate effects of pollution on people of color for more than four decades. In 1999, he was part of a group of almost 300 black activists who came together to address racial disparities in health and exposure to environmental contamination. The National Black Environmental Justice Network, as it came to be called, demanded attention to the environmental problems that were disproportionately affecting communities of color. But the organization disbanded after the death of its first executive director, Damu Smith, in 2005.

Now, as both the coronavirus pandemic and police violence are devastating black communities around the country, 15 organizations along with some of the scholars and activists who were members of the original group have relaunched the National Black Environmental Justice Network. The Intercept spoke to Bullard about his more than 40-year campaign against environmental racism, why pollution is inextricably linked to police violence, and how the Biden campaign can reach him and other members of the reinvigorated group if they want some free advice. The interview has been edited for length and clarity.

Why are you restarting the National Black Environmental Justice Network now?

The network was first founded at a time when black communities were under assault from pollution and environmental degradation. Industry was allowed to have permits that encircled black communities with polluting plants. And environmental justice leaders came together to end the toxic terror. Damu Smith was the founder — he was an organizer’s organizer. And we were making headway. But after he passed, we lost a little bit of our momentum.

“You tell me your zip code, and I can tell you how healthy you are.”

Fast forward to 2020, and political oppression, black voter suppression, and environmental racism are converging and hitting us at the same time. And not only do we still have to fight this same fight against toxic racism and the dumping of poison on black people, but in some ways that’s getting worse. We find ourselves confronting the fast-tracking of permits and the rolling-back and gutting of environmental laws that have been on the books to provide some safeguards. And now we also find ourselves in a pandemic.

Covid is a health issue. And health disparities are about racial and environmental justice. Pollution is disproportionately located where poor and black people are. Black people are 79 percent more likely than whites to live in neighborhoods with toxic industrial pollution. They’re far more likely to live near a dirty, coal-fired power plant. And black children die of asthma at 10 times the rate of white children. We knew this before the Harvard study, which showed a big relationship between PM2.5 air pollution and Covid-19. Black communities were already sicker and had less access to health care. You tell me your zip code, and I can tell you how healthy you are.

And now the Covid-19 hotspots are where the pollution is. You don’t have to be a rocket scientist to figure out why. If you have areas with the highest concentration of pollution and sick people, people who have been made sick by racism, zoning, and permitting, and you have lots of diabetes, heart disease, and kidney disease there, the virus is going to seek that out. The coronavirus is like a heat-seeking missile zeroing in on the most vulnerable. When you look at redlining and discriminatory zoning patterns that resulted in the pollution of black communities, it’s those same communities where we’ve been fighting against environmental racism for years that are now getting hit hard by Covid. The footprint for Covid is lining up with the redlining maps from the 1930s.

“The coronavirus is like a heat-seeking missile zeroing in on the most vulnerable.”

What can the network do about that?

It’s not enough to give people health insurance. If you don’t deal with the underlying conditions of why people are sicker, then health insurance is only going partway. Whether we can’t breathe because of toxic pollution or policing, it’s the same systemic racism that is killing us. And that’s what we want to address.

Black people haven’t had a national organization to deal with environmental justice. So our plan is to come up with an environmental justice agenda for Black America. And when we say “environment,” we’re not just talking about trees and wetlands, we’re talking about all those things that make our communities healthy: transportation, energy, housing, sustainability, resilience, and disaster response. We’re going to create an agenda that will include climate, environment, health, policing, education, transportation, clean energy, affordable housing, poverty, jobs, economic development, civil rights enforcement, and food security.

How did you get into this work?

My wife came home one day and said, “I just sued the state of Texas, and I have to go to court in 10 days.” She needed a map of where all the incinerators and garbage dumps were located. And I am a trained sociologist; my area was housing discrimination and segregation. So I used the same mapping techniques and tools I used with housing to locate all the landfills and incinerators. And when I did, I found that, in Houston, from the 1930s until 1978, five out of five city-owned landfills, three out of four privately owned landfills, and six out of eight city-owned incinerators were located in black communities. Eighty-two percent of all the garbage that was being dumped in the city was being dumped in black neighborhoods, even though black people made up only 25 percent of the population.

What are some of the environmental justice victories that you hold up to yourself and others for inspiration?

In 1989, I got involved in the case of a Louisiana energy services company that was proposing to build the nation’s first privately owned uranium enrichment plant. We didn’t need any more enriched uranium. And they were talking about placing the plant between two black communities in rural Louisiana. Sierra Club Legal Defense Fund [which changed its name to Earthjustice in 1997] filed suit to stop the permit. My job was to show the impact of this plant on the community. The case went to trial in 1995 — one year after the Executive Order on Environmental Justice was signed by [President Bill] Clinton. This was the first major case that used the National Environmental Policy Act, and it said they had to include an environmental justice analysis. We showed the company was engaged in a sham process. The company spent $35 million on the case. We defeated it. And that land is still the hands of people today.

And yet, for many black communities, environmental problems are still worsening.

Yes. Louisiana is still a hotbed of environmental racism. Look at Mossville, a town founded by former slaves that is now encircled by all kinds of polluting plants. And then there’s a community in St. John that, in addition to dealing with the highest levels of air pollution, is now also struggling with Covid. And the Alabama Black Belt, where some communities don’t have sanitation systems, and there are frequent sewer overflows. It’s like in the third world.

The recent rollbacks of environmental laws affect everyone. There’s no black, Hispanic, or white air. But the rollbacks disproportionately hit people living next to the fenceline — and these are disproportionately people of color. When we talk about rollbacks and dismantling the Clean Air Act, that’s a recipe for disaster for black communities. It’s dozens of plants pumping out all kinds of pollution. And if you’re going to gut NEPA, it’s like open season for granting permits. And we all know where they’re going to go: to black and brown communities.

Will you be voting for Biden?

How hopeful are you that a Democratic administration will address the environmental and racial problems we’ve been discussing?

Black people in South Carolina dragged Biden across the finish line. And now the Biden team has come up with his “Lift Every Voice” plan for Black America. Every black person in America knows the words to “Lift Every Voice and Sing.” And it’s like, OK, you picked a good theme song. Now let’s actually lift every voice and include people and organizations that have been doing the work. We have experts and groups in our network that have been doing the mobilizing for years. We are available. We have phones. We have email. We know how to Zoom. So there is no excuse for those who are out there and claim to want to hear from us not to contact us and have us at those tables.