The lawmakers floated the bill after the attack on the Capitol. They say they are now redrafting it to account for civil liberties concerns. 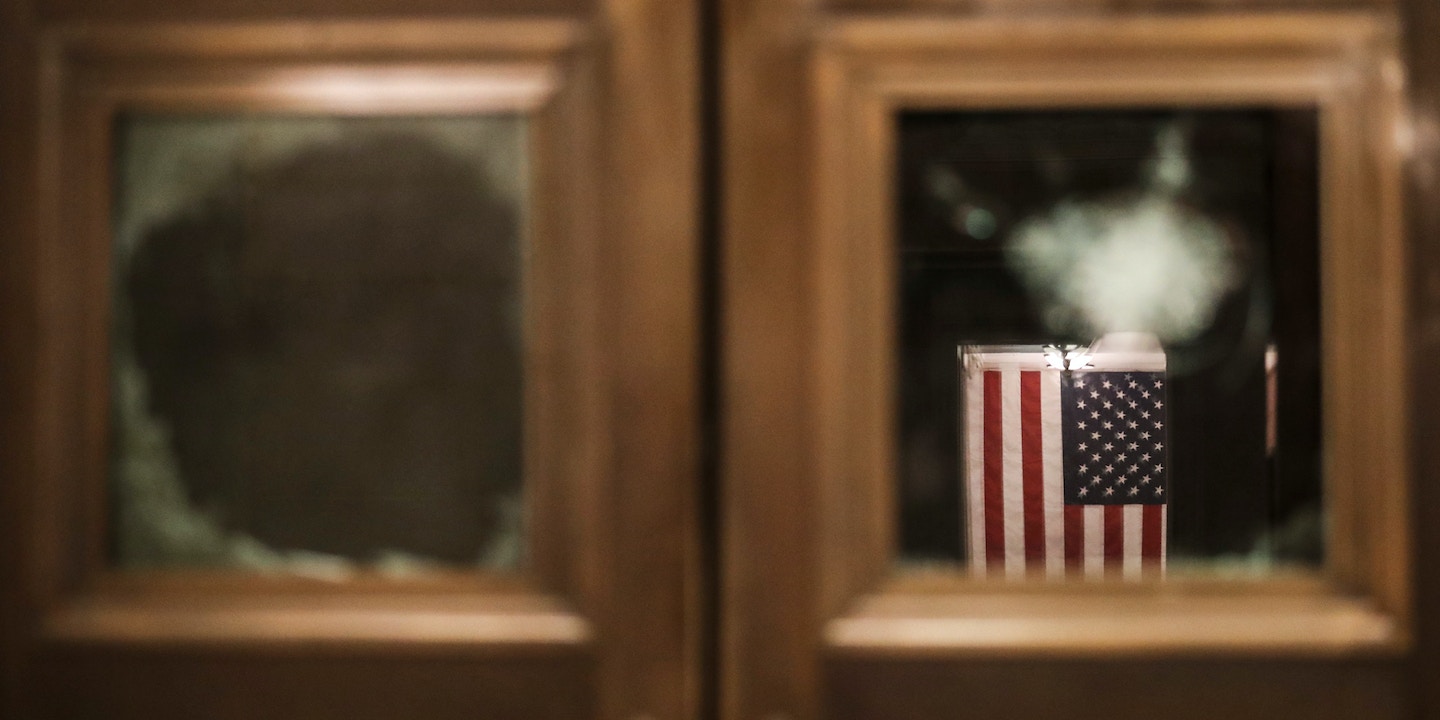 The day after the attack on the U.S. Capitol on January 6, Maryland state legislators said that they planned to introduce a bill that would create a new domestic terrorism law to address “issues that arose in our nation’s capital yesterday” as well as a foiled plot to kidnap Michigan Gov. Gretchen Whitmer in October.

The measure was first introduced by state Delegate Samuel “Sandy” Rosenberg last year, along with five other Democratic sponsors, but it stalled in the Judiciary Committee. Now, Rosenberg and state Sen. Shelly Hettleman plan to introduce the domestic terror bill in the coming weeks. Maryland opened its new legislative session on Wednesday.

Hettleman tweeted a draft version of the bill last week, which is subject to change and input from advocates, she and Rosenberg said. The bill text Hettleman shared adds a new section on domestic terrorism to the state’s criminal code and creates felony penalties for the crime. Under the law, anyone who threatens, attempts, or commits a crime with the aim of causing serious injury or death and who influences government or policy by intimidation, coercion, or “mass destruction, assassination, kidnapping, or another violent felony” would be charged with a felony for domestic terrorism. Defendants would be subject to up to 10 years in prison and a fine of up to $10,000.

Following pushback from advocates who worry that such legislation will be weaponized against already over-policed communities, the lawmakers say they are revising the bill to more narrowly focus it on violent crime, and to make sure it’s not used to target activity protected under the First Amendment.

The proposal comes as a number of states are fast-tracking anti-protest measures that were first floated in response to protests against police brutality this past summer. Many of those measures are being led by Republican lawmakers. But in Maryland, where Democrats control both chambers of the General Assembly but the governor is a Republican, Democrats are leading the push to pass domestic terrorism legislation.

It also comes as numerous elected officials have called to put new laws on the books to crack down on protests and incidents of domestic terror after hundreds of supporters of President Donald Trump stormed the Capitol and planted bombs around Washington, D.C. But civil liberties groups and activists have been quick to push back, reminding lawmakers of the irreparable damage they caused following the 9/11 attacks by swiftly expanding the country’s prosecutorial and surveillance powers.

“The Patriot Act is not any better just because it’s written by Democrats.”

Terrorism is a nebulous legal concept, and related statutes have historically been used to target Black and brown communities and environmental activists — rarely ever used to prosecute far-right extremists, a 2019 investigation by The Intercept found. Civil liberties advocates say that lawmakers looking to hold right-wing extremists accountable need only to enforce laws already on the books, not create new ones. “Anyone familiar with the scope of surveillance and targeting of Black political dissent or Muslim communities knows that law enforcement has all the tools it needs to aggressively disrupt and hold accountable those who planned and participated in the storming of the Capitol,” Diala Shamas, a staff attorney with the Center for Constitutional Rights, told Intercept reporter Alex Emmons.

In Maryland, local activists are organizing to push back against the measure, said Dave Heilker, a local organizer who ran in the Democratic primary for Baltimore City Council last year. Last week, Heilker tweeted, “Not only is this bill reactionary and poorly-conceived, it explicitly corporatizes advocacy and threatens grassroots activists with UP TO A DECADE in prison for using ‘intimidation’ or ‘coercion’ to ‘influence the policy of a government.’”

He elaborated in an interview with The Intercept, saying that the language of “intimidation” taps into the racial dynamics of power and fear driving anti-protest bills in other states. “Intimidation is not well-defined legally, because it’s a feeling,” he said. “We don’t want a Patriot Act part two. The Patriot Act is not any better just because it’s written by Democrats.”

On January 7, Hettleman announced on Twitter that she would introduce the measure in the state Senate “to address issues that arose in our nation’s capital yesterday & MI a few months ago.” The next day, in response to criticism from local organizers, Hettleman backtracked, saying that the bill was not in direct response to the attack on the Capitol, noting that it was first introduced the year before. Hettleman was a delegate last year, and did not co-sponsor the domestic terror bill then.

Hettleman said she thought that the bill needed to be narrowed to focus on violent crime. “I appreciate that people gave us feedback and showed me, who has been less immersed — I wasn’t involved in the bill last year — but certainly showed me where there are fault lines in the bill that we need to go back to the drawing board, and we need to take another look and try and get at what we’re trying to get at.”

Rosenberg told The Intercept that he introduced the bill last year in response to “the Trump administration’s negligence regarding domestic terrorism and its exclusive focus on foreign terrorism and, most significantly, Muslim terrorism.” As he prepares to reintroduce it, the aim of the bill is to cover incidents like the plot to kidnap Whitmer and the mob attack on the Capitol, Rosenberg explained.

“We want to focus on the problem, which is the kind of acts that took place in Michigan, where there was a threat to the life of the governor. And the felonious acts that took place in the riot and the insurrection in Washington in Capitol Hill last week. That is our focus, acts of that nature,” Rosenberg said. “We want to draft a bill that achieves that purpose and addresses the concerns — the valid concerns — that the bill could be used against what is protected First Amendment activity. And not felonious offenses.”

Last year’s bill included committing a crime with the intent to cause serious physical injury or death to another person and intimidating or coercing a civilian population as part of punishable crimes. The draft text Hettleman shared last week did not include the provision on intimidation or coercion of civilians, but broadened the first part of the statute to include committing, attempting to commit, or threatening to commit a crime motivated in whole or in part by the intent to harm or kill a person.

Malcolm Heflin, an organizer with Progressive Maryland, a statewide nonprofit advocacy group focused on racial, economic, social, and environmental justice, also compared the domestic terror bill to the Patriot Act. Heflin ran in the Democratic primary for the state House of Delegates in 2018. This type of legislation, he said, “creates these huge loopholes that ultimately government and law enforcement just drives through. It’s just unfortunate that that next step also came to Maryland.”

Organizers are planning to continue speaking with legislators and building opposition to the measure. But they worry that with legislators busy negotiating a major education reform package that fell apart at the end of the last session and moving on legislation to address the ongoing coronavirus pandemic, it could pass without the public realizing.

“My fear is that the heat’s gonna die down a little bit on this bill, and people will be agitating against other probably more consequential bills,” Heilker said, “and then this is gonna pass kind of under cover of night without anyone really noticing.”