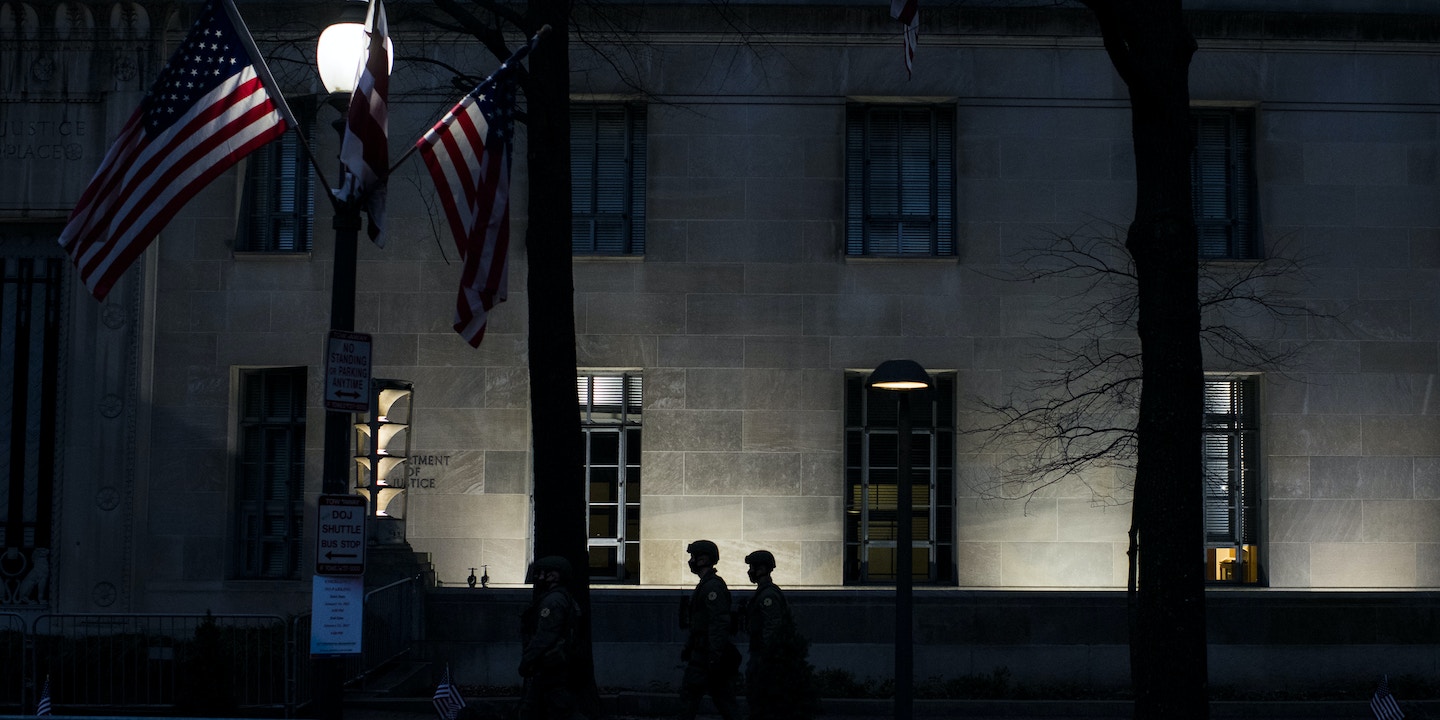 Before Donald Trump began his run for president, there was a war against journalism in the United States. President George W. Bush used the Espionage Act and sought to jail reporters who refused to give up their sources, not to mention killing journalists in war zones. When President Barack Obama, a constitutional law scholar, came to power, he did so claiming that he and Joe Biden would represent the most transparent administration in history. But then reality set in. During his eight years in power, Obama’s Justice Department used the Espionage Act against whistleblowers more than all of Obama’s predecessors combined. They continued the Bush Justice Department’s war on journalists, including threatening to jail then-New York Times reporter James Risen if he did not testify against his alleged source.

Despite its prosecutions of whistleblowers, Obama’s administration understood that use of the Espionage Act was controversial and widely denounced by press freedom organizations. Attorney General Eric Holder sought to implement some guardrails against spying on journalists, though the administration maintained it had the right to do so in some circumstances. Still, Obama commuted whistleblower Chelsea Manning’s draconian 35-year prison sentence. During Trump’s tenure Manning was jailed again for nearly a year for refusing to testify in front of a Grand Jury. Obama’s administration also declined to indict WikiLeaks founder Julian Assange and at least one other alleged whistleblower accused of leaking documents about the drone assassination program. Trump’s administration dug both cases out and moved forward with espionage prosecutions, which remain active. Trump came to power following a political campaign in which he attacked the free press, adopted fascist slogans to denounce reporters, and denied that basic facts were true. Trump harbored a Nixonian hatred of the press and lived in constant fear of leaks, particularly about his personal finances.

In a clear effort to send chills through the government and as a warning to any would-be whistleblowers, Trump’s Justice Department went on a rampage using the Espionage Act. Its first major prosecution was against a National Security Agency contractor named Reality Winner. The Justice Department accused Winner of leaking to a “news outlet” an NSA document that showed Russian efforts to penetrate software used in some U.S. voting systems in 2016. Other news organizations have stated that the outlet was The Intercept. Winner accepted a plea agreement to one count of felony transmission of national defense information and was sentenced to five years, the longest prison term of any whistleblower convicted under the Espionage Act. It was an unconscionable act by a vindictive administration.

The Trump Justice Department weaponized its indictment of Winner in an effort to smear The Intercept and to encourage the media to focus on other journalists rather than the contents of the NSA document in question or the unjust use of the Espionage Act. Unfortunately, many publications took the bait and played into Trump’s malignant anti-press crusade.

When indictments of whistleblowers happen and FBI investigations are launched, journalists should scrutinize and confront the actions of intelligence and law enforcement agencies and assess what these attacks mean for the freedom of the press. Instead, so many media outlets seemed to want to aid the Trump administration in making this about what journalists did or did not do — making the publication the target, instead of focusing on the secrets that whistleblowers exposed or the dangerous weaponizing of the Espionage Act by both Democratic and Republican presidents.

I believe that The Intercept made serious errors in its editorial process on the Russia story, and I advocated both publicly and internally for The Intercept to explain exactly what happened. I believe that some of these mistakes were preventable. At the same time, there were serious legal concerns that anything The Intercept said in public could be used against Winner and other sources, and our attorneys implored The Intercept’s editors to say nothing. I understood the legal logic. Our editor-in-chief ended up making a statement acknowledging that we had failed to live up to our standards and taking responsibility for the institutional failure.

This was a complicated situation, and I believe the facts make clear that Winner would likely have been arrested regardless of any mistakes made by The Intercept. She was one of just six people in the entire U.S. national security apparatus to print the document in question and the only one to use a government computer to send emails (which were unrelated to the Russia story) to The Intercept. That doesn’t absolve The Intercept, but it is an important part of this story that is seldom mentioned. And we all know the Trump administration prioritized punishing leakers and was willing to use the full force of the state to do so. It was disturbing that the overwhelming focus of the reporting on Winner by some media outlets was not on the contents of the document she allegedly revealed or that the Trump administration was wielding the Espionage Act like a weapon in order to threaten any would-be whistleblowers. The lead prosecutor made the outrageous statement that Winner was “the quintessential example of an insider threat.” The Intercept deserved criticism and scrutiny, but the problem was that it often came at the expense of holding the chief villains of the story accountable. President Joe Biden has an opportunity to right some of these wrongs. He should publicly commit to ending the use of the Espionage Act against whistleblowers. Congress could also amend or repeal the act so that it cannot be used for such purposes. Biden should also take actions to end the persecution of Assange and return to the Obama-era position that Assange should not be prosecuted by the United States. “We thought it was a dangerous precedent to prosecute Assange for something that reporters do all the time,” said Matthew Miller, an Obama Justice Department spokesperson. “The Espionage Act doesn’t make any distinction between journalists and others, so if you can apply it to Assange, there’s no real reason you couldn’t apply it to [the New York Times].” Biden should immediately pardon Winner and secure her release from a coronavirus-infested prison. He also should drop the case against former intelligence contractor and war veteran Daniel Hale, who is facing trial under the Espionage Act for allegedly leaking documents on the U.S. drone and assassination programs.

We have just seen the end of a dangerous administration that openly waged war against journalism. For four years, the president of the United States used the Justice Department as his personal law firm and a political cudgel against his perceived enemies, including the press. Even if Biden doesn’t agree with the principles I am advocating, he could declare these Espionage Act indictments to be the toxic fruit of the poisonous and discredited Trump Justice Department. And media outlets should remember the next time a whistleblower is arrested that the most important task for journalists is to hold those in power to account rather than allow themselves to be used in a government distraction campaign.