As Amazon faces antitrust scrutiny, counterfeiting, and worker activism, the company is staffing up with former FBI agents focused on security and intelligence gathering. 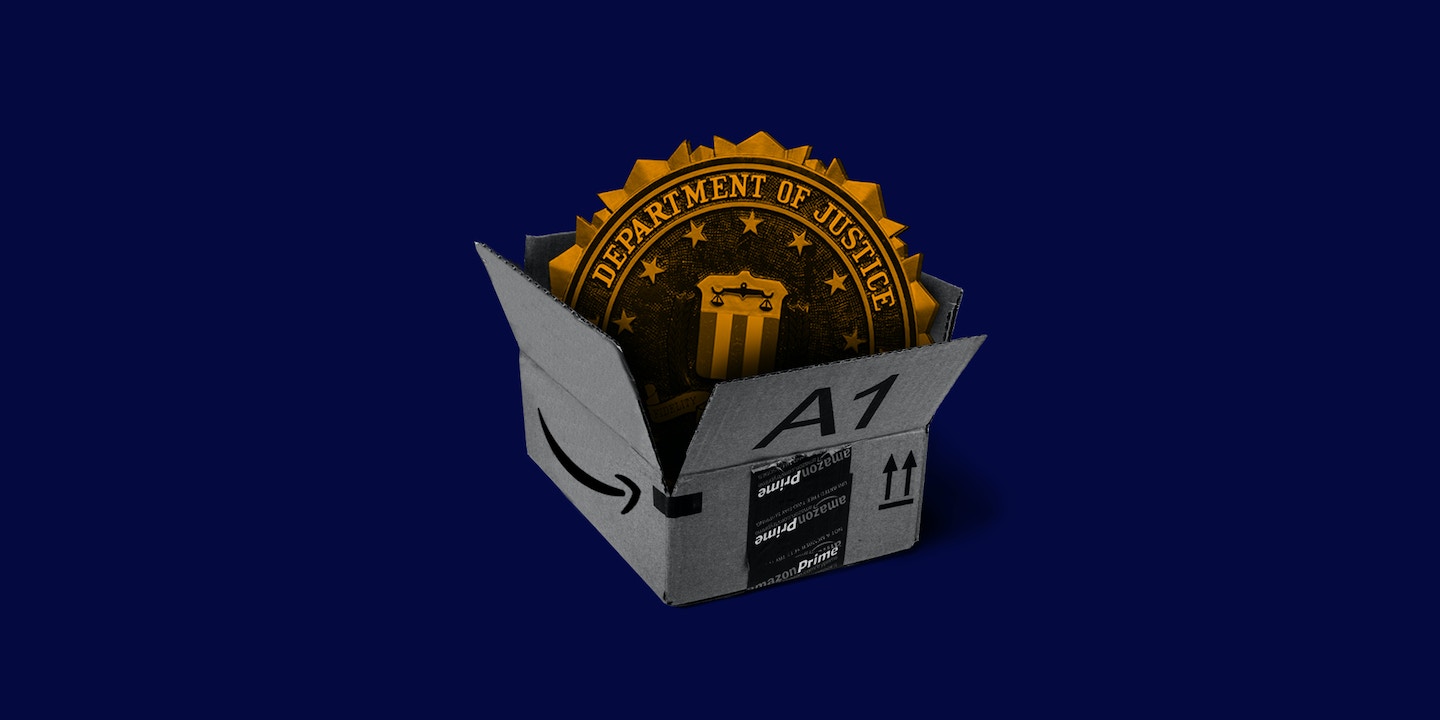 Amazon, one of the largest corporations in the world, supplies state-of-the-art facial recognition software to law enforcement agencies, provides the military with a range of technology services, and is now building out its security operation with over a dozen former FBI agents.

The tech conglomerate, which began as an online bookseller, is rapidly hiring for its global security center in Arizona. As the firm expands and faces new challenges, including increased antitrust scrutiny, counterfeiting issues, and pressure from worker activism, the company is staffing up with former FBI agents, with a focus on security and intelligence-gathering ability. From 2017 to 2020, the $1.6 trillion technology behemoth hired 20 former FBI agents, at least two of whom appear to be responsible for monitoring the labor-organizing activity of its workers to keep unions out.

Cindy Wetzstein, a former FBI agent brought onto Amazon’s security operations facility in Arizona last October, notes in her LinkedIn biography that she is an expert in “both tactical and strategic intelligence production.” Brian Brooks, now a senior official at Amazon’s national security division, previously served as a deputy assistant director at the FBI, where he specialized in the “deployment of advanced electronic surveillance tools.”

At least 26 ex-FBI agents and employees currently work at Amazon, holding positions in the security division, software development, human resources, and board of advisers, according to a review of LinkedIn. The company’s earliest hires were in 2007 and 2008 — for “Deputy Chief Information Security Officer and VP of Security Engineering” and “Chief Information Security Officer,” respectively — but hiring really started ramping up in 2019, when eight former law enforcement specialists were brought on board in security roles.

A wide variety of jobs fall under the umbrella of security. The company, whose cloud computing service, Amazon Web Services, is one of the largest web hosts in the world, has to ward off potential cyberattacks on its servers and work to prevent the theft of its array of merchandise. Hiring in the security division also includes monitoring employees, according to several job descriptions, and, in the past, has included tracking union activism. And the company’s embrace of former law enforcement officials follows a familiar path among other industries that have faced labor and activist pressure.

Reached for comment, an Amazon spokesperson noted in an email that the company routinely hires from a range of backgrounds. “Like most companies, we have a longstanding team that helps prepare for and manage matters such as natural disasters, inclement weather, power outages, and events like concerts or parades that could disrupt traffic or affect the safety and security of our buildings and our employees who work in them,” the spokesperson said.

Last year, after Amazon was caught trying to hire two “intelligence analysts” tasked with tracking “labor organizing threats” within and outside the company, it quietly filled those positions with two former FBI agents and hired four others.

The company had posted job listings seeking an “Intelligence Analyst” and “Sr Intelligence Analyst,” both based in Phoenix, to monitor and collect information on organized labor, activist groups, “hostile political leaders,” and other sensitive topics. Amazon deleted the job listings after fierce backlash from labor groups and the public.

The deleted listings, accessible on the Internet Archive’s Wayback Machine, described the job duties and listed previous experience in “intelligence analysis and or watch officer skill set in the intelligence community, the military, law enforcement, or a related global security role in the private sector” among their preferred qualifications.

A company spokesperson told CNBC at the time that the job listing “was not an accurate description of the role — it was made in error and has since been corrected.” They did not say what was inaccurate about the listings, which had been up since early January.

Amazon is still posting similar job listings for roles in its security division, but the language used to describe what these jobs actually entail is now much more ambiguous. As recently as last month, Amazon put up listings for security jobs at its Goodyear, Arizona, site requiring several years of military experience.

Amazon took down one listing for a “Program Manager” in their Global Security Operations Center after The Intercept reached out for comment. The job description involved monitoring employees’ work performance to ensure that they’re meeting the company’s goals, identifying “methods of addressing human performance through learning and advising appropriately when training is not the answer” and improving “training and delivery methods.”

Corporations seeking to monitor and disrupt perceived opponents have long drawn upon the expertise of former FBI agents. Major financial firms, casinos, and oil and gas companies have tapped a revolving door of retired FBI personnel, who offer ties to their former colleagues and services to track and undermine perceived corporate threats, including journalists and labor organizers.

The FBI’s early roots focused on suppressing labor activism on behalf of business interests. In 1919, the agency established its “General Intelligence Division” that mobilized “Red Squads” focused on disrupting labor organizing. The most famous of these is the Palmer Raids of 1919 and 1920, during which around 10,000 people were arrested over suspected ties to communist and labor radical groups. The raids, timed to coincide with the anniversary of the Bolshevik revolt in Russia, were targeted at the Industrial Workers of the World. At least 1,000 IWW members were later convicted under dubious charges under the Espionage Act that the union’s industrial organizing work was somehow part of a conspiracy to assist Germany during World War I.

Amazon has fended off unionization through a range of tactics, using common union-busting strategies while keeping its more aggressive investments under wraps. Leaked documents have revealed aspects of the company’s internal surveillance apparatus, showing how analysts keep close tabs on its own workforce, including by hiring operatives from Pinkerton, a spy agency known for being hostile to unions, to spy on workers in Europe, as Vice previously reported.

The company is now facing its biggest union push since 2014. On February 8, the National Labor Relations Board began mailing ballots to nearly 6,000 Amazon workers at the facility near Birmingham, Alabama, who will begin voting on whether to join the Retail, Wholesale and Department Store Union. If enough of the workers vote in favor, they will become the first Amazon warehouse in the United States to unionize.

During the pandemic, Amazon workers in several warehouses across the country (and abroad) have ramped up their organizing, staging walk-offs and other labor actions to protest the firm’s abusive work practices: forcing grueling hours with little to no pay increase at a time of record profits.