A September court ruling promised incarcerated people their slice of the federal stimulus. Some prisons still took a cut. When Jasmilla Ford received her first stimulus check in February — nearly a year after Congress passed the $2.2 trillion Coronavirus Aid, Relief, and Economic Security Act — the California Department of Corrections and Rehabilitation had taken more than half of the $1,200 payment for fees related to her conviction.

In Washington state, one woman, who asked to remain anonymous to protect her incarcerated spouse, said that 35 percent of her husband’s CARES Act check was garnished before it was deposited in his account. A portion of the deduction was even given back to the prison as a “cost of incarceration.”

Systemic processing delays, however, have meant that many incarcerated people still haven’t received their stimulus funds, and those lucky enough to be paid often discover that prison systems have heavily garnished their checks.

Congress included in the CARES Act language protecting the $1,200 checks from expedited collection for back taxes, federal debts, and various state debts and maintained safeguards against other types of debt collection. But those safeguards don’t instruct prison systems what to do (or not to do) with the stimulus checks once they receive them, as normally prisons have little to no role in distributing these kinds of payments.

The December coronavirus relief package included much stronger language protecting the $600 payments, but key oversights may imperil the full benefit of the stimulus program for future recipients. As Congress debates a third stimulus bill, it will have to reckon with the gaps left by the first two pieces of legislation. Absent comprehensive guidance on processing the first, larger payments, corrections systems have acted like highwaymen, intercepting the checks and skimming funds from incarcerated people to pay for fines and fees associated with their incarceration, depositing the remainder into commissary accounts.

“I wouldn’t say that it’s a loophole, but I think it’s an unforeseen consequence,” Lawrence Sannicandro, a partner at Kostelanetz & Fink who chairs the American Bar Association’s Tax Collection, Bankruptcy and Workouts Committee, said. “If Congress wanted to prevent any state agency from intercepting these payments, they could have said specifically that.”

The Intercept queried the 10 state correctional systems incarcerating the most individuals about their garnishment practices for CARES Act payments. Only the Texas Department of Criminal Justice said it had not garnished money from these checks.

Michigan and Ohio said that they would garnish checks consistent with state law. The other four states contacted — Arizona, Georgia, Illinois, and Florida — did not respond to or explicitly answer The Intercept’s questions. In response to a detailed list of questions about its management of the stimulus program for incarcerated people, the IRS sent The Intercept a preexisting FAQ posted on the agency’s website.

Rep. Danny K. Davis, an Illinois Democrat who sits on the powerful House Ways and Means Committee, said that the stimulus checks were “intended to benefit the individual.” If some prison systems are taking it away, Davis said, that is “beyond the pale.”

Despite a federal judge ruling in September that the IRS’s attempt to withhold checks from incarcerated people was unlawful, time constraints and information barriers have hindered those in prison from receiving the payments.

“One of the first challenges we faced in the case … was to overcome the perception on the outside, from both provider groups, families, etc., that this couldn’t possibly be true, that it was a scam, that there weren’t these lawyers who had a case that made it possible,” said Kelly Dermody, a partner at Lieff Cabraser Heimann & Bernstein, which brought the suit on behalf of the 1.4 million people incarcerated in U.S. prisons.

About one-third of people in prison had not received a CARES Act payment before the IRS reversed course in the spring and stopped sending checks to incarcerated individuals.

“There was a huge amount of public education that happened by a whole ton of people around the country to overcome the absolute conviction that the system would never work for people inside,” she added.

At the behest of the IRS, prison officials had told incarcerated people across the country that they could be committing fraud if they attempted to receive the stimulus checks.

“We’ve heard from just tons of people who, you know, are in a state of panic because their cellmate got paid [but] they didn’t get paid.”

The IRS imposed a deadline, later extended by the court, that only provided many incarcerated people six weeks to receive and file tax forms many needed to obtain the stimulus payments.

The federal Bureau of Prisons blocked legal newsletters attempting to notify incarcerated people of their rights. Other facilities rejected blank tax forms sent by activists to ensure that the incarcerated could meet the IRS filing deadline.

For those who managed to file before the deadline, the process of receiving stimulus payments has been beset with problems. The IRS recently sent debit cards, which can’t be deposited into incarcerated people’s commissary accounts, to states with large prison systems, including California, Florida, and New York. Some people received the first stimulus payment but not the second, and many have yet to even receive their CARES Act check at all. Latausha Levy’s fiancé, who is incarcerated in the Louisiana State Penitentiary, filed the tax form needed to receive his stimulus check in October. He received a letter from the IRS in early November stating that he needed to verify his identity and submitted his paperwork via a prison fax machine.

In November and shortly before the December 25 holiday, the couple contacted the IRS together — an expensive venture, since phone calls from Angola cost nearly $3.25 every 15 minutes. During both calls, they waited at least half an hour before speaking to IRS agents who said that the agency still couldn’t confirm the identity of Levy’s fiancé. In early January, the agency did.

By that date, the deadline for receiving the CARES Act check as a tax credit had passed. Levy’s fiancé had to request the payment on a 2020 tax return. When the couple called last week, an IRS agent falsely said that “the IRS was not issuing checks to inmates,” according to Levy and her fiancé.

Following calls for greater protection of stimulus funds, Congress sought to make the second payments less susceptible to debt collection, including sweeping language that multiple state prison systems told The Intercept will safeguard the totality of these funds.

Frank Agostino, founder of Agostino & Associates and former IRS senior attorney, said prisons should not be able to evade this language.

Nevertheless, the Washington State Department of Corrections told The Intercept that it would deduct debts incurred under the Prison Litigation Reform Act, which requires incarcerated litigants to pay court filing fees, from the $600 payments.

Rachel Ericson, the department’s deputy communications director, said that language in the second bill was “substantially similar” to language in a different law protecting Social Security payments. Because Washington state already deducts PLRA debts from Social Security checks, officials will now do so for the $600 checks, despite their clearly different purposes.

“It’s a different statute. It’s later in time. There are no exceptions.”

“It’s a different statute. It’s later in time. There are no exceptions,” Agostino argued.

Amy Spivey, director of the low-income taxpayer clinic at the University of California Hastings College of the Law, said that the intent of Congress in the stimulus “was to cover any sort of garnishment or taking of that second check.”

“Their intent was to try to protect those checks as much as possible, because there were negative reports of people saying, ‘Oh, the bank took the whole check,’” she said. “Congress really intended to try to get this money into people’s pockets.”

These protections will nevertheless do little for incarcerated individuals who are eligible for either check and who have missed the payment deadline — even if, as in Levy’s fiancé’s case, they tried to make a timely request.

Those who haven’t already received a stimulus payment will need to claim the funds on their 2020 tax returns this year. But nearly all of the protections in both stimulus bills will no longer apply to stimulus checks paid out moving forward. And the few protections that did carry over from the CARES Act to future payments were voided thanks to a little-observed provision added to the December stimulus bill.

“When we’re talking about the 2020 tax returns, I think it’s all fair game with garnishment,” Spivey said.

Keith Fogg, a clinical professor of tax law at Harvard Law School, agreed that future payments will be “subject to the normal rules of offset and not the special rule on offset created by” the stimulus legislation.

Davis said that the Ways and Means Committee is “aware” of the problem and is “working to try and effectively address it.”

The issue is of the federal government’s own making, due to the deadline “arbitrarily imposed” by the IRS, Dermody said. “It’s been very upsetting to see our government leading the charge on that cruelty.”

The Congressional Black Caucus sent a letter to the IRS commissioner in July, saying that the agency’s decision to withhold CARES Act checks from incarcerated people “disproportionately discriminates against African Americans.” In September, the Treasury Department replied to Rep. Karen Bass, D-Calif., who was then CBC chair, writing that “prisoners generally are more insulated from the economic effects of the pandemic than many others because their basic needs such as food, shelter and health care are already being provided for.”

Incarcerated people and their families disagree.

One-third of families with an incarcerated family member take on debt because of the cost of incarceration, according to the Fines and Fees Justice Center. Prison phone calls can cost as much as $4.80 for 15 minutes, according to 2018 figures from the Prison Policy Initiative. Incarcerated people in states across the country often earn just cents for each hour they work. That trickle of income has largely stopped as prisons shut down to control the spread of Covid-19.

Those shutdowns have also halted programming. Entertainment like books and music has become essential. In Texas, the quality of food declined. Ohio prisons have provided less food than usual during lockdowns, two activists said.

“I have no one supporting me,” Katrina Brown, who is incarcerated at the California Institution for Women, wrote via JPay. She hasn’t received either check, though a family member said the IRS website says that both payments were mailed. “I would have been able to order food so I could feed myself the proper way. I would use the money for my hygiene and food.” 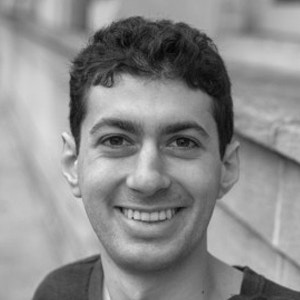