The Biden administration could halt an attack on one of the government’s few options to rein in drug prices. 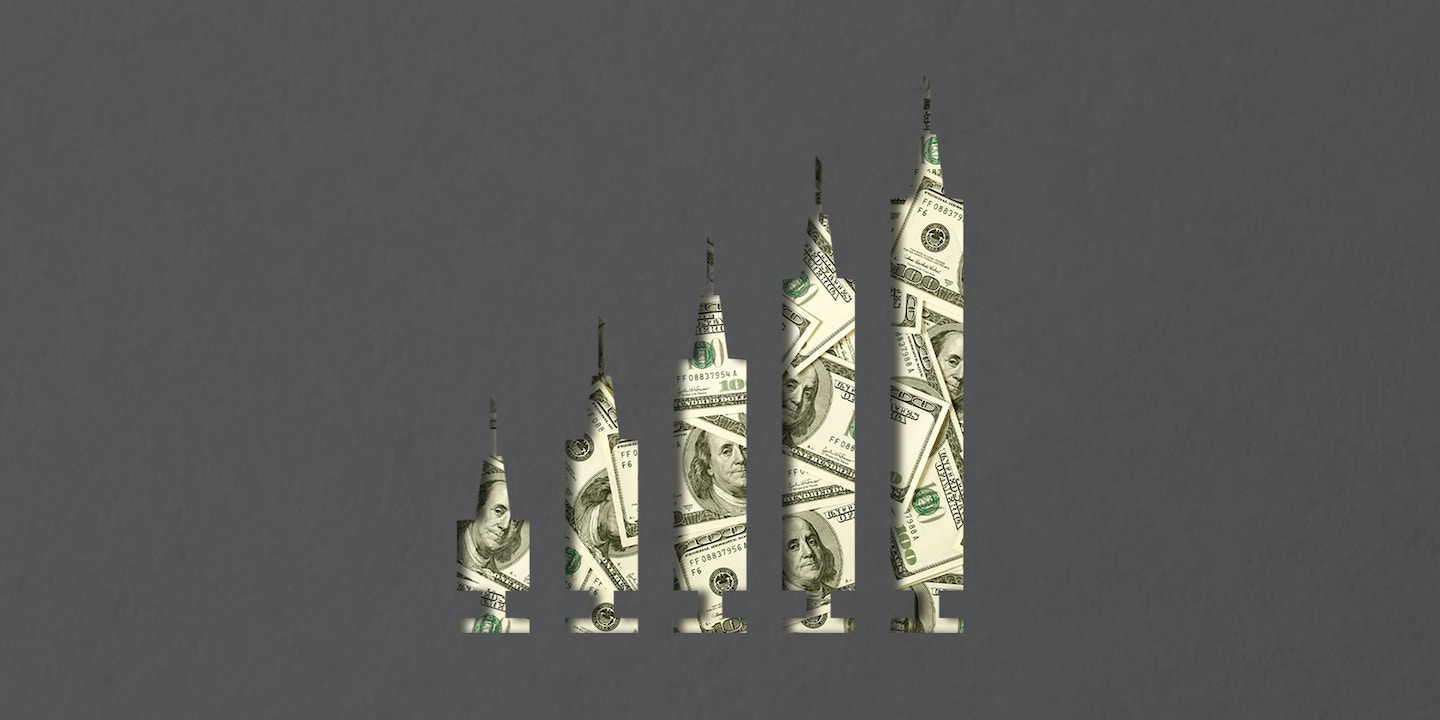 Pfizer, Moderna, and other coronavirus vaccine makers have said repeatedly that they intend to hike prices on vaccines as early as this year, as the potential need for additional booster shots and future demand could lead to an unprecedented financial windfall.

One estimate projects that if Pfizer raised the price of its coronavirus vaccine from $19.50 to $175 per dose, as one Pfizer executive recently suggested, and if every adult American were to take it, the cost would be $44.7 billion — nearly 10 percent of all U.S. drug spending.

But the federal government, which funded crucial biomedical research to develop the patented messenger RNA technology behind the leading Covid-19 vaccines, is on the verge of eliminating a legal mechanism to control the prices of key medical products, including vaccines.

Next week, the National Institute of Standards and Technology, or NIST, will wrap up a comment period to modify the rules governing the Bayh-Dole Act, a law that regulates the transfer of federally funded inventions into commercial property. Under the current interpretation of the law, the government may “march in” and suspend the use of patents developed via government-funded inventions if it determines that the products are excessively priced.

The rulemaking is the latest flashpoint in a decades long battle to control drug prices. The drug industry has fought successfully to prevent “march-in” rights in the past; the government has never managed to exercise them. But over the last year, a growing number of Republicans and Democrats, including newly appointed Health and Human Services Secretary Xavier Beccera, have called for the use of march-in rights to rein in drug prices.

This supposed leverage to control prices — on coronavirus medications and dozens of other drugs whose development relied heavily on government-backed research — would be gone if the rule-change proceeds.

In the twilight weeks of Donald Trump’s presidency, his administration released a NIST rule designed to undercut the Bayh-Dole Act and weaken the government’s authority to march in and seize control of a patent when drugmakers fail to make medicine “available to the public on reasonable terms.”

That phrase has long been the law’s most contentious provision. It invokes a term of art that multiple federal courts have ruled relates to pricing and market-related decisions. The legislative history of the Bayh-Dole Act includes arguments that clearly state pricing considerations as a factor in determining “reasonable terms.”

The proposed rule, however, tightens the law’s definition to remove price as a factor — a change long demanded by industry.

Joe Biden was vocal during the presidential campaign about his commitments to roll back his predecessor’s most egregious industry-serving regulations and to bring down drug prices, but his administration has so far been mum about the Bayh-Dole Act rulemaking.

“The notice of proposed rulemaking is still open for public comment,” noted Jennifer Huergo, a spokesperson for NIST, in an email to The Intercept. “Those comments will be considered and will inform subsequent steps in the rulemaking process.”

The silence has been deafening for activists who have agitated for lowering drug costs. “This is something that should have been canceled; it came out at the very last minute,” said James Love, director of Knowledge Ecology International, which lobbies for greater access to medicine. “And we’re afraid that this won’t be killed by the administration.”

In recent weeks, thousands have submitted comments to NIST over the rule change. The concern, critics have argued, is that the rule will continue the privatization of government research without concern for the costs paid by patients.

But industry voices have been loud too. Recent disclosure forms show that nearly every major pharmaceutical firm — including GlaxoSmithKline, Novartis, Astella Pharma, Genentech, Bristol-Myers Squibb, Sanofi, and Merck — has lobbied on Bayh-Dole Act issues in recent months. Pharmaceutical Research and Manufacturers of America, the industry’s umbrella trade group, specifically notes in its disclosure that its lobbyists are working to shape march-in rights policy.

AZBio, a trade group that represents Pfizer, Novartis, and other leading drugmakers, filed a letter to NIST in support of the rule, stating that the agency should “clearly reaffirm that march-in rights should not be exercised by an agency” to regulate pricing. It added that the current nonuse of march-in rights “has been key to this country’s global leadership in innovation.”

Before 1980, many of the inventions funded by government research rested in the public domain. President John Kennedy issued a memorandum that the government retain the rights to all publicly funded health-related inventions. Most federally funded patents were issued through nonexclusive licenses to all applicants.

“The law was a turning point, allowing the privatization of research, even if it was partially or entirely funded by public money,” said Achal Prabhala, coordinator for the AccessIBSA project, which campaigns for access to medicines.

The Bayh-Dole Act included provisions to prevent abuse by commercial patent-holders, including march-in rights for the government to retake patents and issue compulsory licenses. If a patent-holder, such as a drug company, failed to make a prescription drug developed through a public patent available or reasonably affordable to the general public, the government could revoke the license for the patent right and issue it to another firm.

But over the last 40 years, the pharmaceutical industry has defeated every attempt to use march-in rights to control costs. The named sponsors of the law, former Sen. Birch Bayh, D-Ind., and former Sen. Bob Dole, R-Kan., went on to work for law and lobbying firms that represented drug companies. Dole also became a pitchman for Pfizer and was seen widely in television commercials for Viagra.

After taking jobs tied to the pharmaceutical industry, the former senators advocated against using march-in rights to control costs, claiming that in writing the legislation, they had never intended for price concerns to be a factor.

The influence peddling extends to Capitol Hill and much of the federal government, with drug industry regulators frequently facing pressure to turn down march-in rights requests. The National Institutes of Health, notably, has never granted a march-in rights petition.

There have been several recent attempts. In 2016, for example, Knowledge Ecology International filed a petition for march-in rights to control the cost of Xtandi, a prostate cancer drug that was being priced at $129,269 per year. The drug, the petition noted, was developed through a series of grants from the NIH and the Department of Defense.

NIH Director Francis Collins rejected the request, arguing that Xtandi was already “broadly available as a prescription drug.” Collins, in his letter, ignored the issue of pricing and argued that there was no evidence that the drug in question “is currently or will be in short supply.”

The Trump administration, observers note, initially resisted calls to undercut the law in order to reflect Trump’s calls to lower drug prices during the presidential campaign. But those demands faded after his failed reelection campaign, resulting in the rulemaking on January 3.

As a tool for lowering prices, the use of march-in rights represents an area of untapped potential that extends to hundreds of drugs.

The NIH spends close to $41 billion funding basic research at universities and laboratories, science that fuels the development of commercially available pharmaceutical products. Beyond the current leading coronavirus vaccines, NIH funding has served a crucial role in the development of a range of drugs including HIV/AIDS medications like Norvir, a treatment developed by Abbott Laboratories. In 2003, Abbott increased the price of Norvir by 400 percent, prompting an attempted march-in rights petition. During the NIH hearing on the petition, Bayh, then serving as an attorney for Abbott’s law firm, argued against invoking march-in rights over the price hike.

Much of the development of mRNA vaccines — a novel technology that allowed for the quick production of multiple coronavirus vaccines, including Pfizer’s and Moderna’s — is built upon years of NIH-funded research by scientists Katalin Karikó and Drew Weissman.

The patent for the synthetic coronavirus spike protein, which is used to stimulate an immune response, is currently owned by the NIH’s National Institute of Allergy and Infectious Diseases division and was licensed to BioNTech, Pfizer’s partner, and Moderna, for the manufacturing of coronavirus vaccines. The use of the patent, Knowledge Ecology International argues, provides key leverage for the federal government to march in and pressure pharmaceutical companies over vaccine pricing, especially if costs are dramatically increased in the future, as many expect.

The Biden administration, following the end of the open comment period next week, could simply revoke the Trump-era rule. That’s the hope of 35 members of Congress, who sent a letter to NIST this week to demand action.

“We write in strong opposition to the National Institute of Standards and Technologies (NIST) proposal to revoke the federal government’s authority under the Bayh-Dole Act to protect the public from unreasonable prices on taxpayer-funded inventions,” reads the letter, which is led by Rep. Lloyd Doggett, D-Texas. “Pharmaceutical companies extract the highest prices from the sick and dying, and this proposal would embolden them.”