The cops in Thurston County, Washington, made no such efforts to support the recovery of the man they shot and who had to be hospitalized. 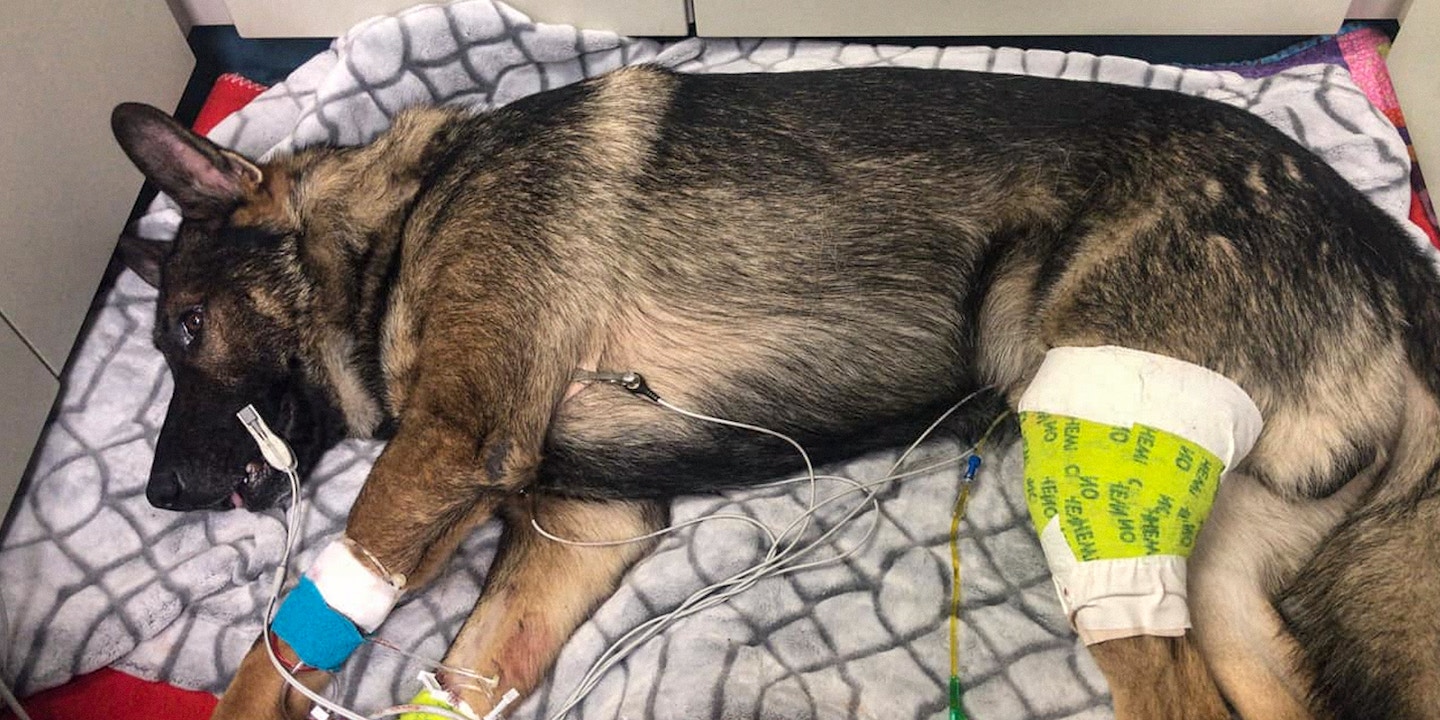 “Police K9 — and Tik Tok star — gets lifesaving surgery at OSU after he was shot twice,” read one headline from an ABC affiliate in Oregon this January. “Thurston County Sheriff K-9 Arlo back home after undergoing surgery in Oregon,” read another.

“Right now a police dog and an armed driver are in the hospital after a police chase and shooting overnight in Thurston County,” a KOMO News reporter told viewers on January 14, the day after the incident. “The state patrol says one of its troopers shot the driver. The driver shot a K-9 … named Arlo.” A few days later, Q13 FOX reported that “the sheriff’s office said a suspect ‘exchanged gunfire’ with officers, injuring the suspect and K-9 Arlo on scene.”

The story, that a K-9 named Arlo was shot in the line of duty in Thurston County, Washington, made waves in local news for weeks — and even garnered national attention. It had all the elements of what cable networks like to portray as feel-good news: Police had apprehended a suspect in a high-speed chase, he pointed a gun at them, and their dog had been injured in the altercation. But not to worry, thanks to efforts from the community and law enforcement, K-9 Arlo was on his way to a speedy recovery.

The only problem? The gun wielded by the suspect that some had suggested shot Arlo didn’t contain any bullets. No shell casings from his weapon were found at the scene. The only bullets that were fired came from the police.

On January 27, the Mason County Sheriff’s Office, which led an investigation into officers’ use of force in the shooting, notified the public that Arlo had been shot by friendly fire. But it wasn’t until weeks later that local outlets like The Olympian, a paper based in Olympia, reported on what had actually happened.

By that point, Arlo’s story had taken on a life of its own. The Thurston County Deputy Sheriff’s Foundation organized a GoFundMe page and raised more than $73,000 for Arlo’s medical bills. Arlo grew his social media following on TikTok to 2.5 million, and on Instagram to 130,000. Arlo’s handler, a deputy with the sheriff’s office, together with another K-9 handler and ex-cop started a website called “VARLO Nation,” a business for law enforcement officers and others to “buy affordable quality equipment.” No such efforts were made to support the recovery of the suspect, who was hospitalized after being shot at least three times by police and later told a nurse he was contemplating suicide. He was released from the hospital in late January and booked into the Thurston County jail.

Yet Thurston County police continued to ride the wave of public interest that followed the friendly fire incident. As of at least mid-March, two months after the incident, the police were selling merchandise with the dog’s photo and had even partnered with a local graphic design shop that agreed to give $1 from every sale to help fund the Thurston County Sheriff’s Office K-9 unit.

The six officers involved in the incident were put on administrative leave pending the use-of-force investigation, carried out by the Region 3 Sheriff’s Critical Incident Investigation Team, or CIIT — a unit that has not always been forthcoming about the details of use-of-deadly-force incidents. The Washington State Attorney General found 22 deadly use-of-force incidents in the state over the first six months of last year. His office requested that agencies investigating such incidents complete surveys on their compliance with a police reform law requiring independent inquiries into use of deadly force. The CIIT declined to participate in the study; the Thurston County sheriff and the sheriffs of four other police departments in the area signed a letter to the attorney general’s office explaining that they would not complete the survey but would turn over files related to specific incidents upon request.

When the incident initially made headlines, the police had released little information on what had prompted their chase of the suspect. Officers later said they had seen the suspect driving erratically and tried to make a traffic stop but that he kept driving, and a chase ensued. Afterward, it was reported that the suspect was under investigation by another police department for sexual assault of a child. According to a probable cause statement, officers said the suspect told them he had tried to attract their attention and wanted to die rather than go to prison.

Details about the shooting itself were revealed in an incident report dated January 13, first reported on by The Olympian in late February and obtained by The Intercept.

According to the report, law enforcement deputies from the Thurston County Sheriff’s Office and a trooper with the Washington State Patrol fired at the suspect for seven seconds, hitting him multiple times. After the suspect was taken to a local hospital, a nurse told him that it was her understanding that he had shot the K-9, according to the report. The suspect later told investigators at the hospital that the gun wasn’t functional.

The dog’s injuries required tens of thousands of dollars in surgery and medical bills. Arlo’s handler documented his recovery process on social media, according to the incident report, and published an Instagram post claiming Arlo was shot by a suspect that has since been deleted. A Mason County investigator made multiple requests of the Thurston County Sheriff’s Office that Arlo’s handler be instructed to stop using social media to comment on the case while it was being investigated, according to the incident report.

Arlo returned home in January to much fanfare and honored as a hero. “Every dog has his day. Woofing up a whopping 5.2 million likes on TikTok, K-9 Officer Arlo was afforded a howling hero’s welcome as he walked out of the hospital Monday after a near-fatal shooting,” the New York Post wrote.

In February, the dog was awarded the 2021 Paw of Courage Award from the American Kennel Club, which promotes purebred dogs. The dog retired last month at the recommendation of his veterinarians. Arlo will appear at a fundraiser for the Georgia Police K9 Foundation in June.