The contributions also signal a retreat from the theory of change upon which Ocasio-Cortez originally ran. 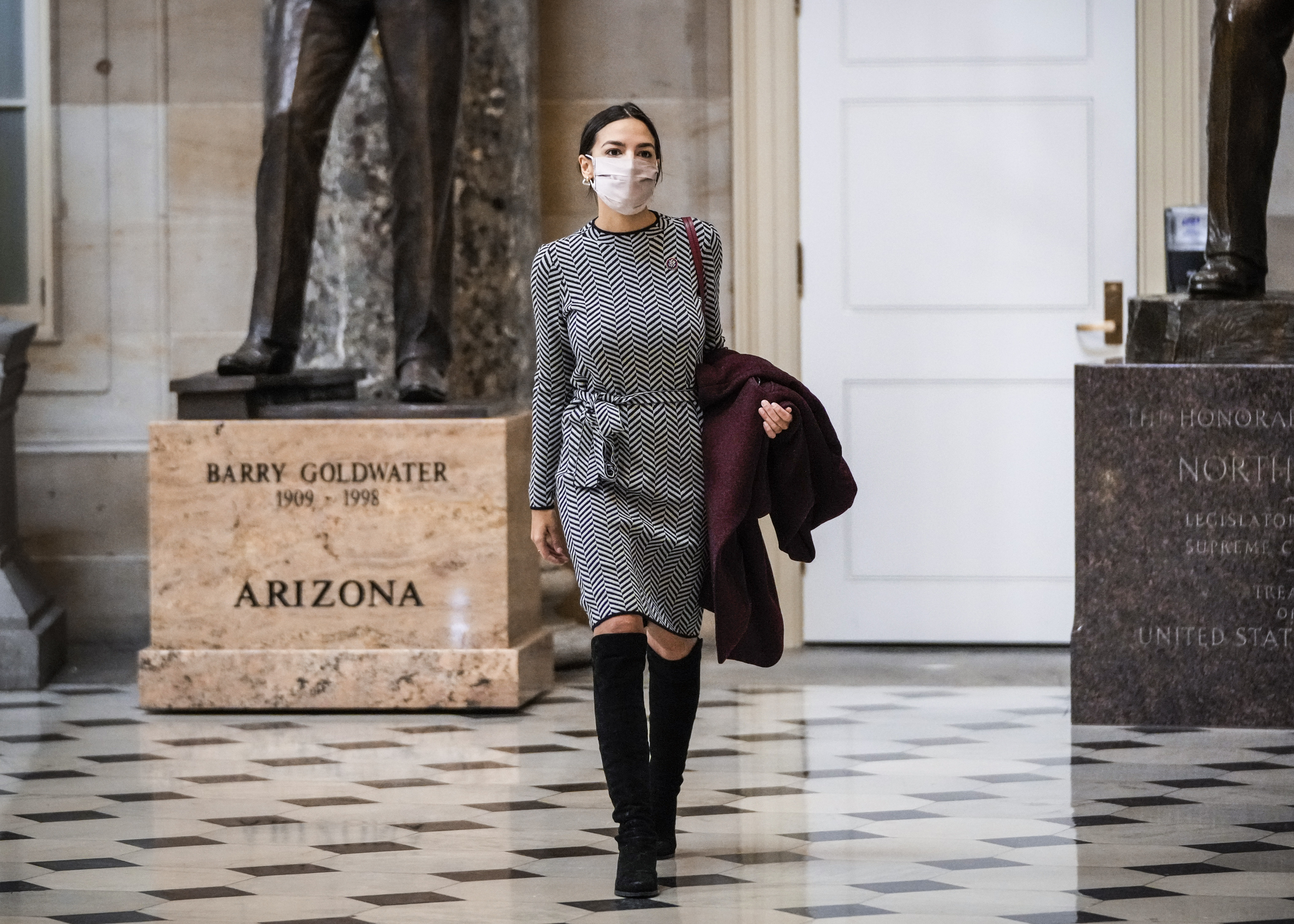 During the last election cycle, I challenged my member of Congress, ex-Republican-turned-Blue-Dog Tom O’Halleran, in a Democratic primary. Primary challenges are notoriously difficult, and getting a campaign off the ground is often impossible. And while I fell short, winning more than 40 percent of the vote in the district signaled to me the people in Arizona’s 1st Congressional District are ready for more progressive representation.

As I’m considering my second attempt for the congressional seat, encouraged by the support we garnered, hardened by the previous experiences, and enlightened by a better understanding of how the establishment machine works, I’m concerned that a new development is adding yet another obstacle. At the end of March, approaching the first quarter fundraising deadline, Rep. Alexandria Ocasio-Cortez used her Courage to Change PAC to make political contributions to dozens of Democrats who had won close races in 2020.

The contributions also signal a retreat from the theory of change upon which Ocasio-Cortez originally ran. The idea then was that progressive and populist ideas had mass appeal and could win not just in deep blue districts, but in red seats and swing districts too. That was the animating idea behind Brand New Congress and its offshoot, Justice Democrats. Do we no longer believe that?

The most fundamental problem I see, when you solicit contributions for your congressional campaign or a leadership PAC like Courage to Change, is that supporters have every reason to believe it’s to get you reelected or to fulfill your PAC’s mission. The Courage to Change PAC is quite specific about the use of the funds: “Contributions will be used to make early investments in progressive challengers that can even the playing field against established incumbents, and bolster progressive leaders in Congress who take difficult but righteous stands. All endorsees will embody the ideals of racial, social, economic, and environmental justice. Courage to Change will refuse all corporate PAC donations, as will our candidates.” There’s no question that Ocasio-Cortez’s leadership PAC’s recent contributions go against the PAC’s stated purpose.

To be fair, you’d be hard pressed to find any member of Congress who has not given or received contributions from their colleagues’ candidate committees, but just because the practice is so widespread (and legal) doesn’t make it right. I have yet to see any member of Congress stating in their fundraising letters, social media ads, or any solicitation that the money will be used for a contribution to another candidate’s campaign. In 2020, my anti-war heroine Rep. Barbara Lee contributed her congressional campaign money to my opponent just as Ocasio-Cortez did in 2021. Ironically, before these contributions were made, I listed both representatives as my role models on Ballotpedia’s 2019 candidate connection survey. I share many, if not most, of their policy positions but disagree with their approach to transforming the political system by supporting those who work actively against our political agenda.

If you want to give contributions to your colleagues to support them, you can use your personal funds. Or you can use your fundraising power to make a case to your supporters to contribute to your peers in Congress directly. There’s something extra troubling about bundling small-dollar contributions from progressives into $5,000 checks to members of Congress raising much of their campaign funding from corporate PACs. As a campaign, we have never accepted and would never accept a contribution from any political action committee or candidate committee no matter their ideology, because the source of the money is no longer transparent. If we want to fight money in politics, we should live by the standards we claim to support.

The second issue with these contributions as gestures of support is the motivation. These representative-to-representative contributions are certainly not about actual funding of campaigns. In addition to the in-district name identity advantage and access to voters and various institutional constituencies, every incumbent has a substantial fundraising capacity and an extensive donor base. It’s about signaling — but what and to whom?

Why would one member of Congress have a need to formalize their support for another through a contribution? Are they expecting support for their bills, and is it right to buy the support this way? Are they signaling to the Democratic Party that they stand by the electoral strategy to support the incumbent? Are they sending a message to potential challengers to stay away from primarying the incumbent? By refusing to pay Democratic Congressional Campaign Committee dues when first elected, Ocasio-Cortez bravely declared that she would not play by the party rules that hurt primary progressive challengers, but the effect of supporting corporate Democrats individually seems awfully similar to just paying DCCC dues.

Ocasio-Cortez’s contribution to my former opponent and the incumbent in Arizona’s 1st District has definitely had a chilling effect on me as I get closer to my decision on whether to run or not.  It’s still very early in the election cycle, but with such a strong first campaign showing, we might be up for a second round. Still, when the entire ecosystem of organizations behind the party establishment is joined by a progressive superstar like Ocasio-Cortez, all tipping the scales in unison in favor of incumbents, it’s very hard to take this message as anything but that a progressive challenger is not welcome in this race against a Blue Dog. The contribution from Ocasio-Cortez sends a signal to voters that my former opponent holds similar enough values that it’s worth it for her to support him. In some races, Democrats considered that message a political liability and angrily returned her money. In a Democratic primary, however, the signal can only aid an incumbent, making it harder for a challenger to cut through the noise and draw clear distinctions in the minds of voters.

If we progressives are serious about fighting money in politics, we should model transparency, integrity, and consistency in politics to shape the political culture into one where corruption, including the kind that’s institutionalized and legalized, is unacceptable. Unless we change the rules of politics, we will not get rid of profit in health care, bring about economic justice to our communities, act fast enough to stabilize the climate, deinstitutionalize racism, nor will we question U.S. hegemony as the guiding foreign affairs doctrine.