The ruling represents a stark repudiation of the Trump EPA’s refusal to ban chlorpyrifos. 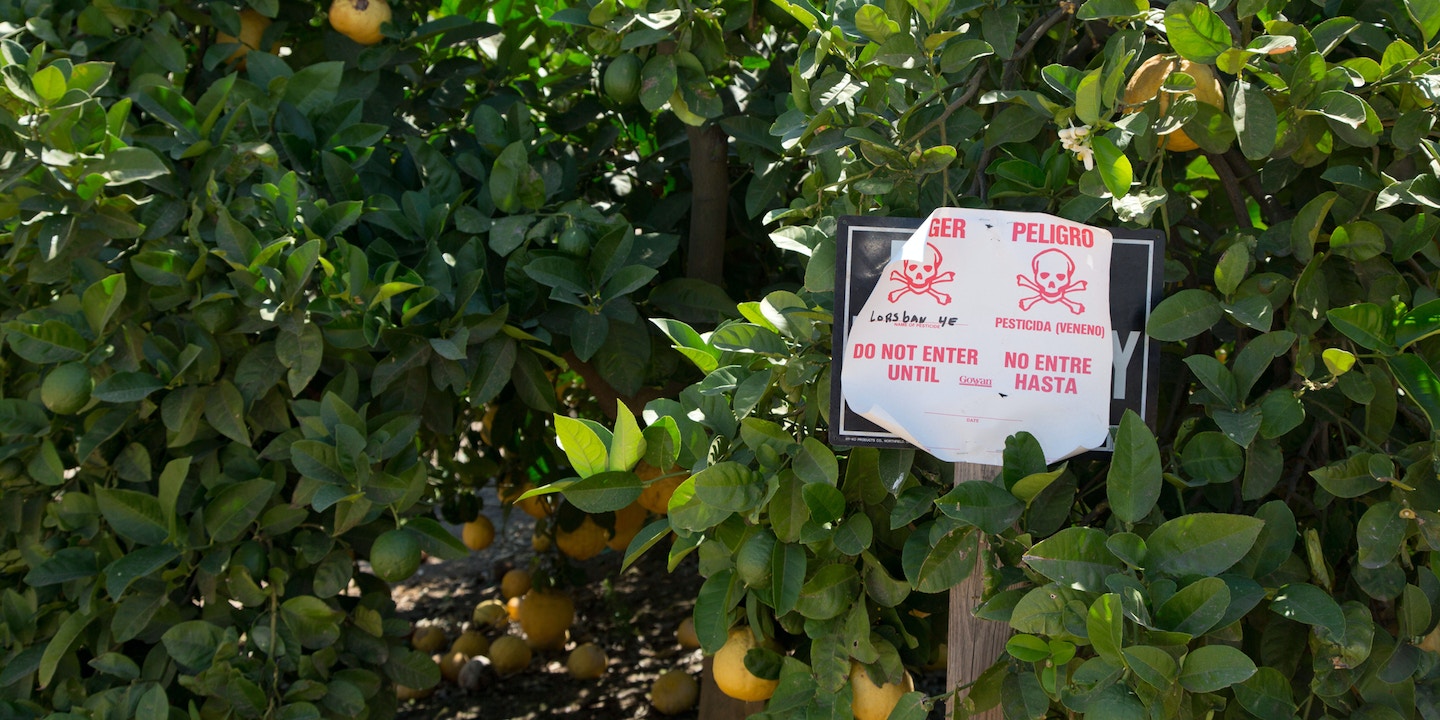 After 14 years of legal battles, a federal court ordered the Environmental Protection Agency to take actions that will likely force the neurotoxic pesticide chlorpyrifos off the market. The federal agency has for years been considering mounting evidence that links the pesticide to brain damage in children — including loss of IQ, learning difficulties, ADHD, and autism — but, as the court acknowledged, has repeatedly delayed taking action.

“Rather than ban the pesticide or reduce the tolerances to levels that the EPA could find were reasonably certain to cause no harm, the EPA sought to evade through delay tactics its plain statutory duty,” Judge Jed S. Rakoff wrote in his decision, which was released today by the 9th Circuit Court of Appeals. “During that time, the EPA’s egregious delay exposed a generation of American children to unsafe levels of chlorpyrifos,” he wrote, and ordered the EPA to issue a final regulation within 60 days.

While Rakoff stopped short of requiring the EPA to immediately ban the pesticide, he gave the agency little choice in how to respond. “The EPA’s obligation is clear: it must modify or revoke chlorpyrifos tolerances and modify or cancel chlorpyrifos registrations,” Rakoff wrote in his ruling in the case, which was filed by Earthjustice on behalf of the League of United Latin American Citizens, the Pesticide Action Network, United Farm Workers, and other groups.

The decision marks the culmination of a prolonged and bitter legal battle over one of the most widely used and dangerous pesticides in U.S. agriculture. More than 5 million pounds of chlorpyrifos were applied to crops in 2017, according to the most recent data. Exposure to the pesticide through residue on food and drift near fields where it was applied has wreaked devastation on developing children. According to a team of researchers led by Leonardo Trasande, organophosphate pesticides, of which chlorpyrifos is the most widely used, accounted for an estimated $594 billion in societal costs, including added health care and education, between 2001 and 2016.

The EPA was poised to ban chlorpyrifos in 2016, but the Trump EPA changed course the next year without providing any scientific justification for its decision. The reversal, made under EPA Administrator Scott Pruitt, has been tied to a $1 million contribution to President Donald Trump’s inaugural fund from Dow Chemical Company, now known as Corteva, which was the primary producer of chlorpyrifos.

But the EPA had come close to, and retreated from, banning chlorpyrifos well before the Trump administration. After concerns began to mount in the late 1980s about the harms chlorpyrifos posed to children, environmental groups pushed to get chlorpyrifos banned. Dow and agricultural groups fought back aggressively against the EPA’s regulatory scrutiny, arguing that its removal would lead to shortages of fruits and vegetables. Ultimately, instead of forcing the pesticide off the market, the agency struck a deal in 2000 in which Dow voluntarily withdrew a product containing chlorpyrifos that was used to kill cockroaches and other insects in the home, while the company’s agricultural product, Lorsban, remained on the market.

“The reason it’s taken the agency this long is that Dow refused to give an inch and decided to fight to the last man or woman standing.”

Dow continued to fight hard to be able to sell chlorpyrifos well after there was overwhelming evidence that it was causing brain damage in children who were exposed in their early years or born to women who came into contact with the chemical while pregnant. “The reason it’s taken the agency this long is that Dow refused to give an inch and decided to fight to the last man or woman standing,” said Charles Benbrook, an agricultural economist and executive director of the Heartland Health Research Alliance. “Inside these chemical companies, it’s almost a religious fervor in defending pesticide registrations.”

Benbrook, an expert witness in ongoing litigation against Corteva over chlorpyrifos, said that the company’s supporters helped prolong the process of banning chlorpyrifos. “It was the political pressure brought on the agency from the farm state senators,” he said. “Scientists within the agency had made the case. And the court agreed with the agency. But at the end of the day, the agency didn’t have the political support from the White House and Congress that it needed.”

Patti Goldman, an attorney at Earthjustice who has been overseeing the chlorpyrifos litigation since 2014, said the disparity between the science and the EPA’s refusal to act reached new heights during the Trump years. “It became particularly depraved once EPA was finding that chlorpyrifos was causing learning disabilities and lifelong harms to children’s brains and not acting to protect them,” she said.

Upon entering office, Biden issued an executive order that called for a reexamination of the Trump administration’s chlorpyrifos decision. Last year, Corteva announced that it would stop making chlorpyrifos. But other companies still make the pesticide, and the EPA continues to allow its use.

“EPA is reviewing the decision as it considers its options,” agency spokesperson Nick Conger said in response to an inquiry from The Intercept.

While the agency weighs those options, Goldman expressed guarded optimism. “The court is saying what we’ve been saying all along,” she said. “But we still need EPA to do the right thing.”