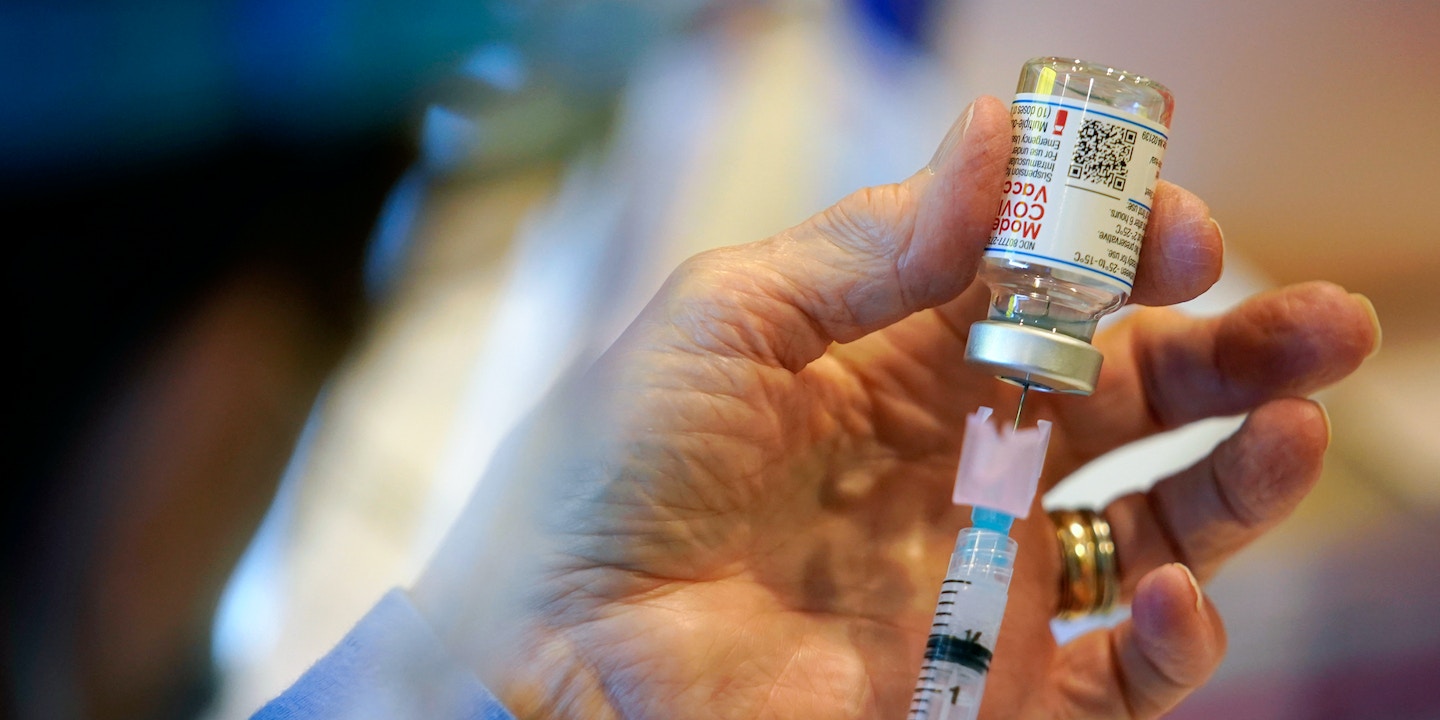 The pharmaceutical industry is distributing talking points, organizing opposition, and even collecting congressional signatures in an attempt to reverse President Joe Biden’s support for worldwide access to generic Covid-19 vaccines.

The behind-the-scenes moves, revealed in documents obtained by The Intercept, come as the U.S. last week announced that it would support the World Trade Organization proposal, led by India and South Africa, to temporarily waive enforcement of intellectual property and patent rights on coronavirus vaccines. Without a radical expansion in vaccine manufacturing capacity, many developing countries will not achieve mass vaccination rates until 2023 or 2024.

The waiver request, which was unexpectedly endorsed by Biden’s administration on May 5, is designed to provide legal immunity for drug firms to copy the formulas of existing vaccines to supply low-cost vaccines to low-income countries, much of which are facing delays that could prolong the pandemic.

On Wednesday, Jared Michaud, a lobbyist with the Pharmaceutical Research and Manufacturers of America, a trade group that represents Pfizer, Johnson & Johnson, AstraZeneca, and other major drug firms, sent an email laying out the industry’s role in coaxing lawmakers to push back against a waiver.

“Reps. Buddy Carter and Vern Buchanan are leading the attached letter to President Biden expressing concerns with the Administration’s support for waiving IP protections related to COVID-19 vaccines under the WTO TRIPS waiver,” wrote Michaud. “We urge you to contact offices and ask them to sign onto this letter.”

The unreleased letter warns the Biden administration that sharing vaccine know-how would cost American jobs and allow China to “profit from our innovation.” It currently has 29 co-signers, all House Republicans, including Rep. Greg Pence, R-Ind., and Rep. Lee Zeldin, R-N.Y. The call for more signatures would close by the end of the week, Michaud added.

Michaud’s email also noted that the industry believed Sen. Tim Scott, R-S.C., was “leaning toward being the Senate champion on these efforts, but this is not yet final.”

The email, sent to a team of consultants working for PhRMA, included three sets of talking points to advance the pharmaceutical industry’s agenda. One of the documents laid out potential national security concerns and suggested that lawmakers should argue the waiver could empower Russia and China. The waiver proposal, the document said, would allow China to “gobble up vaccine supplies and technology.”

The documents make clear that the industry has leaned on allies to stress that drug companies are voluntarily “Supporting India During the Coronavirus Crisis” already.

The email and documents provide a window into the type of lobbying work done to protect the monopoly rights that drug companies currently enjoy over vaccine production and pricing. Industry lobbyists and special interests often ghostwrite congressional legislation, speeches, and letters, and guide the actions of lawmakers behind closed doors, but this influence is rarely publicly admitted.

Reached for comment, a PhRMA spokesperson acknowledged the lobby’s role in advancing the congressional letter but not for writing it.

“While we had no role in the drafting of this letter, we support efforts to educate the Biden administration on the harmful consequences of its decision to waive intellectual property protections for COVID-19 vaccines — including the risks that it will undermine our ability to get shots in arms in the developing world — and the need to work together on solving the real problems we face in providing global access to vaccines,” said Brian Newell, the managing director for strategic communications for PhRMA.

The drug industry has been vocal in its opposition to the Biden administration’s move to embrace the WTO waiver. “This decision will sow confusion between public and private partners, further weaken already strained supply chains and foster the proliferation of counterfeit vaccines,” said Stephen Ubl, the president of PhRMA, in a statement to reporters.

Months before the decision, at least 100 lobbyists employed by the drug industry, including several through PhRMA, had worked to undermine support for the waiver.

Earlier this year, PhRMA lobbyists petitioned the Biden administration to issue trade-related sanctions against countries that violated patent rights over vaccine technology. In a letter to the Office of the U.S. Trade Representative, PhRMA attorneys asked the Biden administration to “pursue a variety of enforcement initiatives” and “use all available tools and leverage to ensure America’s trading partners” for any county that issues a compulsory license for the creation of generic Covid-19 vaccines and therapeutics.

Other lawmakers have joined the industry’s push against sharing vaccine technology. In March, a Senate Republican letter led by Sen. Tom Cotton, R-Ark., argued that the waiver would “crush American jobs, end our progress in developing COVID-19 vaccines and treatments and worsen the pandemic.” Sen. Thom Tillis, R-N.C., also sent his own letter in opposition to the waiver.

A small number of Democrats have also echoed the drug lobby in opposing the waiver. Rep. Scott Peters, D-Calif., and Rep. Ron Kind, D-Wisc., two business-friendly centrist lawmakers, circulated a letter last month in opposition to the waiver. Howard Dean, the former Democratic National Committee chair and Democratic presidential candidate, now working at a law-lobbying firm that serves the drug industry, argued publicly against the waiver, calling it “a ruse to benefit India’s own industry at the expense of patients everywhere.”

PhRMA is one of the most influential industry groups in Congress. The group spent over $24 million on federal lobbying last year and is one of the biggest corporate players in election spending.

The group has long shaped drug policy not only domestically but also in the international arena. PhRMA led the push in the late 1990s to pressure South Africa President Nelson Mandela to drop efforts to break patent laws and allow for the importation and manufacture of generic HIV/AIDS medications, which at the time cost an annual $10,000-$15,000 per patient.

The industry appears to be reprising its role in protecting the patent monopoly currently held by a small number of pharmaceutical companies, which stands to reap billions of dollars in profits from vaccine sales. Despite the Biden administration’s unexpected reversal in support of the WTO waiver, drugmakers hope to weaken the waiver’s backing, slow negotiations, and delay any decision on the production of generic vaccines.