The signature of outgoing Associated Press Executive Editor Sally Buzbee is conspicuously absent from the memo sent over the weekend. 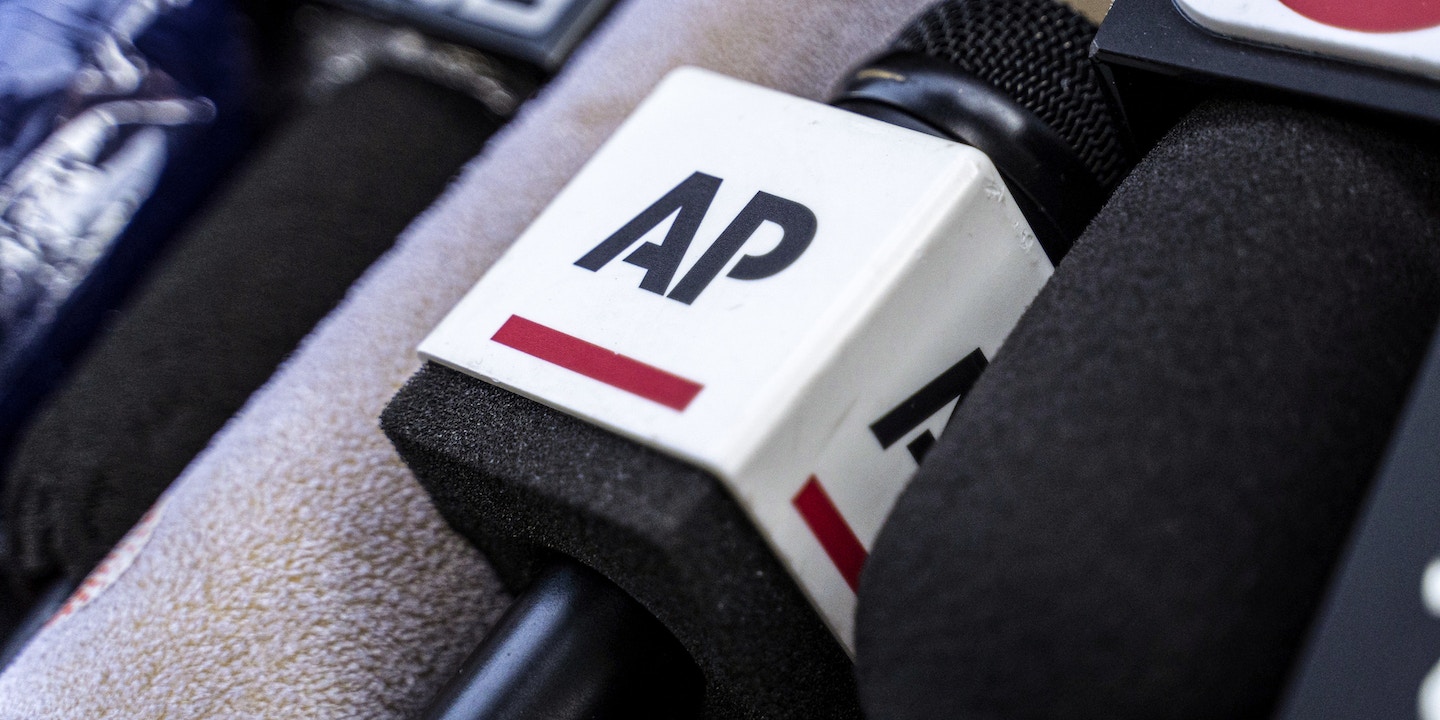 The Associated Press sent a memo to the news agency’s editorial staff this weekend about its controversial decision to fire a young staff reporter, Emily Wilder, following a conservative campaign to have her removed over her college activism regarding Israel-Palestine. The memo, obtained by The Intercept, assured staffers that “we hear you” and “you will have a voice,” then goes on to stand by the decision. “We did not make it lightly,” the memo notes. Signed by 10 senior executives, one signature is conspicuously absent: AP’s Executive Editor Sally Buzbee.

On Monday, Buzbee insisted to NPR that she had no involvement in the decision, saying that she had already handed over day-to-day operations after accepting a new job at the Washington Post. Buzbee’s first day as the Post’s executive editor will be June 1.

Two AP staffers, who spoke to The Intercept on the condition of anonymity to avoid professional reprisal, said that Buzbee’s distancing from the issue reflects how controversial the firing is — both within the news agency and beyond. (Lauren Easton, a spokesperson for AP, declined to comment on why Buzbee did not sign the memo.)

“Sally doesn’t want the controversy directly attached to her name,” one of the AP staffers speculated. A memo sent from AP senior executives to the staff.

Wilder, a 22-year-old who graduated from Stanford University last year, joined AP as a news associate earlier this month. Last week, she became the target of Stanford College Republicans who deemed her an “anti-Israel agitator” in a Twitter thread, pointing to her membership in student organizations like Jewish Voice for Peace and Students for Justice in Palestine, as well as a Facebook post mocking Sheldon Adelson, the late Republican billionaire and ardent defender of Israeli Prime Minister Benjamin Netanyahu. The tweets were later amplified by right-wing news outlets and even Republican Sen. Tom Cotton. The campaign targeting Wilder came after she tweeted criticism of news coverage of Israel’s occupation of Palestine.

An AP editor assured Wilder that she would not be fired for her old posts on social media, Wilder has said. Then she was fired on Thursday for violating the news agency’s social media policy. Citing a company policy of not commenting on personnel matters, AP has declined to specify what rules Wilder violated, except to say that she was terminated  “for violations of AP’s social media policies during her time at AP.”

The firing has become a major controversy within the news agency. On Monday, over 100 AP staffers publicly condemned the firing in an open letter, saying that the organization was bowing to a “smear campaign.” In response to the letter, AP said, “The Associated Press looks forward to continuing the conversation with staff about AP’s social media policy.”

This afternoon, the union representing Washington Post reporters tweeted, “Solidarity with the staff of the @AP and Emily Wilder. We hope management provides swift answers on her termination and clarifies the newsroom’s social media practices.” (This is the first tweet the Washington Post Guild has issued since welcoming Buzbee’s hiring on May 11.)

One AP staffer told me that while there’s a “spectrum” of opinion on whether Wilder violated any rules, “all concur that firing blew up in management’s face.”

Wilder issued a statement on Saturday saying, “I am one victim to the asymmetrical enforcement of rules around objectivity and social media that has censored so many journalists — particularly Palestinian journalists and other journalists of color — before me.”

In an interview, Wilder said she remains frustrated with the challenge of defending herself against violations that AP says took place but refuses to specify. “What’s most unfair is that they refused to explain what tweet was problematic or exactly what policy I violated,” Wilder told me. “I’m not sure how I am supposed to understand, learn, or defend myself if they can’t tell me what I did wrong.”

Wilder also said that she would gladly grant AP permission to release personnel information that might provide insight into her alleged infraction.

Asked about Wilder inviting her former employer to publicly specify how she violated the social media policy, Easton, the AP spokesperson, said, “Though AP generally refrains from commenting on personnel matters, we have confirmed Emily Wilder’s comments on Thursday that she was dismissed for violating AP’s social media policy during her time at AP.”

On Monday afternoon, Brian Carovillano, AP’s managing editor, sent staff another memo outlining new efforts for “expanding the conversation taking place about AP’s approach to social media.” That memo, also obtained by The Intercept, describes plans to establish “group conversations” among AP’s reporters to discuss social media guidelines “in a collaborative, deliberative way,” starting next week. A committee, the memo says, will review ideas produced by these conversations and “bring the best of them forward by September 1.”

The memo also alludes to concerns staffers have that AP’s social media are applied unfairly to minority groups: “One of the issues brought forward in recent days is the belief that restrictions on social media prevent you from being your true self, and that this disproportionately harms journalists of color, LGBTQ journalists and others who often feel attacked online. We need to dive into this issue.”

“More kumbaye bullshit,” an AP staffer said of the new memo. “We have management that is woefully late in the understanding of disinformation and amplification on Twitter.”