Talks between Manchin and Democratic leaders remain ongoing, and Republicans are unsure if he’ll buckle. 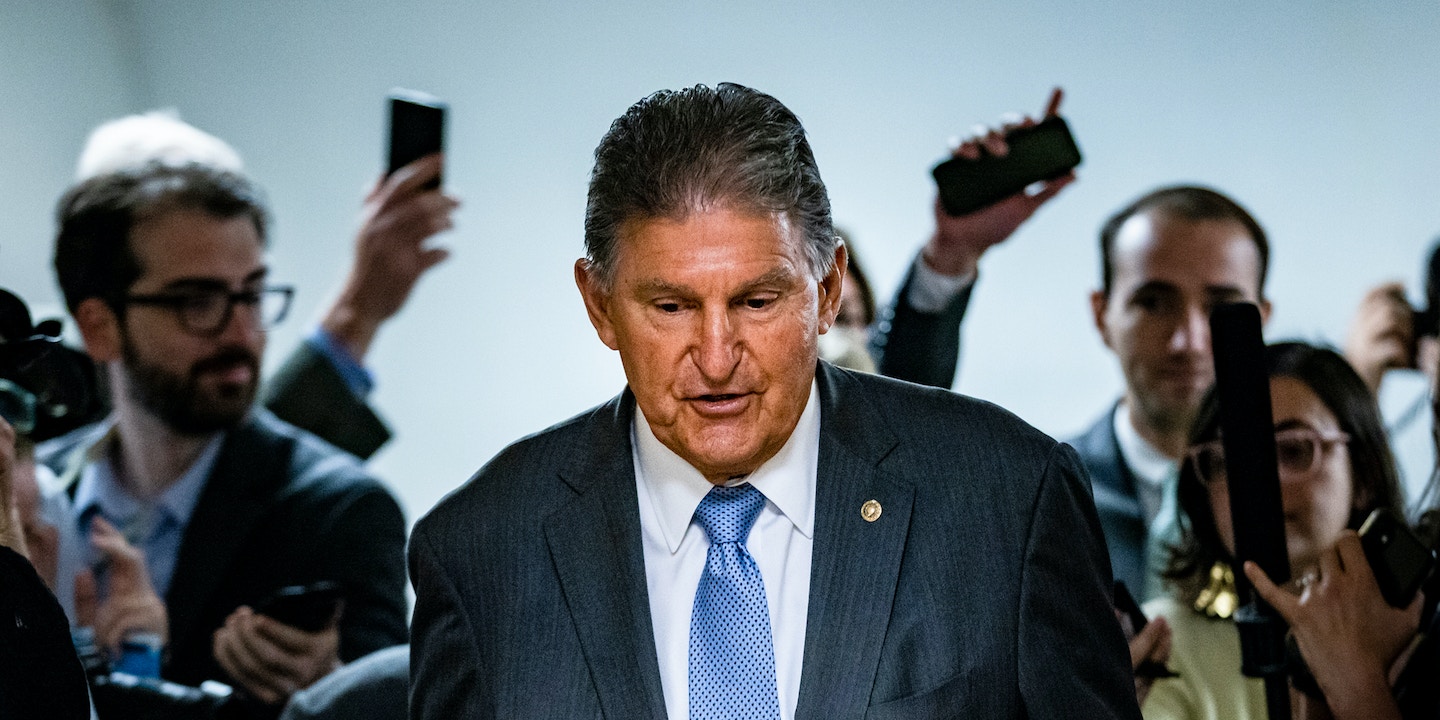 Republican senators are anything but confident that Sen. Joe Manchin, D-W.Va., will stand by his op-ed in West Virginia’s Charleston Gazette-Mail this weekend promising to oppose his party’s effort to reform the filibuster along with Democrats’ signature democracy reform legislation.

On Tuesday, civil rights leaders met with Manchin to persuade him to abandon his opposition. Senate Majority Leader Chuck Schumer of New York told reporters that negotiations with the West Virginia senator were ongoing and that changes could still be made to the bill, S. 1, the “For the People Act,” to placate Manchin.

Republicans said they are nervous the pressure will work. “You think it’s over?” asked Sen. Tim Scott, R-S.C., rhetorically. “I’m not confident on anything until the day after it’s been done, so I appreciated his comments and thought that was a strong, smart move for the country, and I hope that he continues to have that approach to S. 1 as well as to the filibuster.”

S1 would ban gerrymandering and require states to set up independent redistricting commissions, expand the time and avenues people have to vote, and automatically register voters. It would effectively overturn the voter suppression bills Republican legislatures have raced to pass in the wake of the 2020 elections. Without those reforms, experts warn, the U.S. is moving to a form of governance in which Republicans representing a minority of the populace will have durable control over Congress.

The sprawling legislation also includes campaign finance disclosure reforms and federal matching funds for candidates, elements that could be jettisoned in talks with Manchin.

Asked if he thought Manchin’s opposition was a done deal, Sen. Tommy Tuberville, R-Ala., shook his head: “You can’t guess at that.”

Under current Senate rules, set in 1975, any senator can object to moving forward on a bill, and the majority needs 60 votes to overcome the objection. In 2013, Senate Democrats reformed the rules to allow nominees below the Supreme Court level to be approved with a majority vote. In 2017, Senate Republicans again reformed the rules, this time allowing the 50-vote threshold to apply to Supreme Court nominees as well. Democrats in the Senate are now pushing to move all legislation to a 50-vote threshold or require the minority to actually talk on the Senate floor in order to stall legislation.

Sen. Josh Hawley, R-Mo., said that he was encouraged by Manchin’s statement but that given the pressure he was under, the question was far from answered. Sen. John Kennedy, R-La., said much the same, though in his characteristically more colorful manner. “I don’t know whether he will or won’t,” Kennedy told The Intercept. “He understands that peace of mind up here comes with grabbing a principle and hanging on. He’s pretty good at withstanding the pressure, but they’ve put a lot of pressure on him, they really have. They’ve beat him like he stole Christmas, and they’re not gonna stop. They’re gonna call him names, they’re gonna talk about his mama, they’re gonna do everything they can. Knowing Joe as I know Joe, I don’t think it’ll do any good.”

Sen. Richard Shelby, a one-time Democrat from Alabama who became a Republican as the parties realigned, said that he wasn’t sure if Manchin would hold. “I read the article; it was a strong, explicit statement. I would think it would be a strong word, knowing him, but you need to ask him that,” Shelby said.

Sen. Lindsey Graham, R-S.C., insisted that Manchin would remain firm. “I think he will, because I think that’s where West Virginia is at,” he told The Intercept. “He’s a Democrat, and he wants to help his Democratic colleagues, but he represents West Virginia, so from his point of view I think he’s doing his job, he’s telling his Democratic colleagues, from where I come from, this is a bridge too far.”