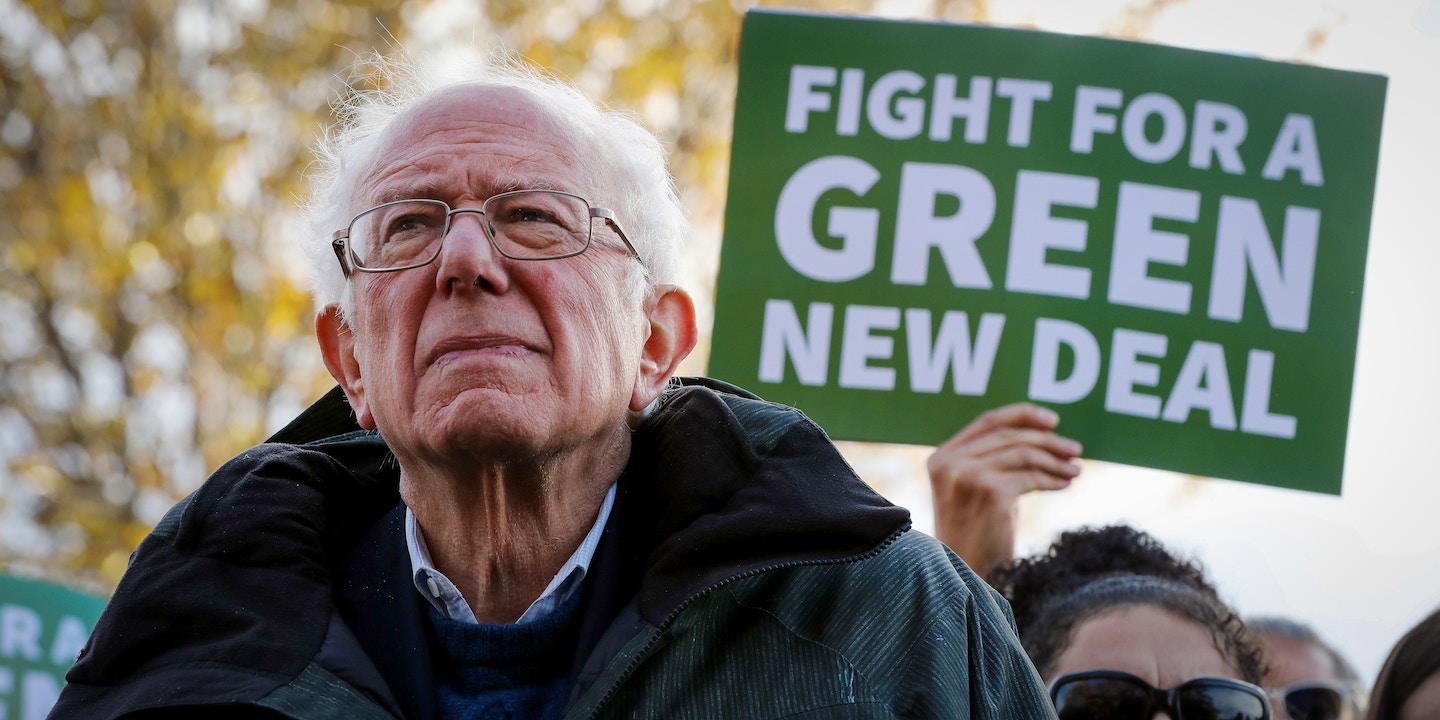 A bipartisan measure to boost carbon credit markets is a “prime contender” to be in the Democrats’ $3.5 trillion reconciliation package, Sen. Sheldon Whitehouse, D-R.I., told The Intercept. But its inclusion in the simple-majority process would put Senate Budget Committee Chair Bernie Sanders, I-Vt., and other critics in the awkward position of supporting a bill they already voted against.

The Growing Climate Solutions Act, or S. 1251, aims to help farmers and foresters more easily participate in carbon credit markets. It would establish a program at the Department of Agriculture to certify technical experts who can assist landowners implementing carbon capture, emission-reduction measures, and other sustainability methods by planting fast-growing crops such as hemp. Championed by Whitehouse and Sen. Debbie Stabenow, D-Mich., the Growing Climate Solutions Act has received the endorsement of the American Farm Bureau Federation and Environmental Defense Fund and passed the Senate in a 92-8 vote just last month.

Sanders, along with Sens. Cory Booker, D-N.J.; Ed Markey, D-Mass.; Jeff Merkley, D-Ore.; and Elizabeth Warren, D-Mass., voted against the bill. Broadly speaking, opponents argued that the measure was at best a distraction from the necessary work of reducing emissions and at worst could prolong the strength of the fossil fuel industry. “I don’t believe that an offset system that subsidizes corporations’ continued pollution in front-line communities is the best strategy,” Merkley said at the time of the vote. “Let’s set incentives that reduce pollution in both agriculture and front-line neighborhoods.”

Advocates of the bill argue that time has run out, and Democrats can’t afford to leave any tool that could reduce carbon concentration on the sidelines. Carbon concentration has reached 418 parts per million, well over the 350 ppm that scientists say is a threshold the planet needs to remain under.

Whether portions of S. 1251 and other climate crisis bills are eligible to pass with just 51 votes, including the vice president, is ultimately up to the Senate, but both parties have outsourced their responsibility over the years to a parliamentarian, who is hired to give advisory opinions on whether legislation complies with the rules of reconciliation. Those opinions, however, have been taken by Senate Democrats as final rulings, empowering Parliamentarian Elizabeth MacDonough to have control over what makes it into the party’s bill. The reconciliation process’s restrictions, coupled with the pressure of maintaining every Democrat’s support, may leave Sanders and other S. 1251 critics no choice but to end up supporting the measure when they vote in the $3.5 trillion package’s favor.

Meanwhile, the Growing Climate Solutions Act is not the only proposal to tackle the climate crisis that lawmakers seek to pass in the reconciliation bill. With trillions at their disposal, Democrats may not be in an either-or situation. “I’m hoping that reconciliation produces much stronger climate measures,” Whitehouse said, without providing specifics. S. 1251 “would be a part of it.”

Anthony Pahnke, vice president of Family Farm Defenders, said there are other agriculture bills lawmakers have introduced that could be more effective to defend the environment. His organization was one of more than 200 farming, environmental, and animal rights groups that signed a letter to Congress in October urging members to oppose the Growing Climate Solutions Act, arguing that carbon markets fail to reduce emissions overall and worsen conditions in low-income communities located near industrial polluters.