What the U.S. Could Have Bought After 9/11 Instead of a “War on Terror”

We could have had a cooler planet, universal health care, and an end to the coronavirus pandemic — if we’d chosen life over death. 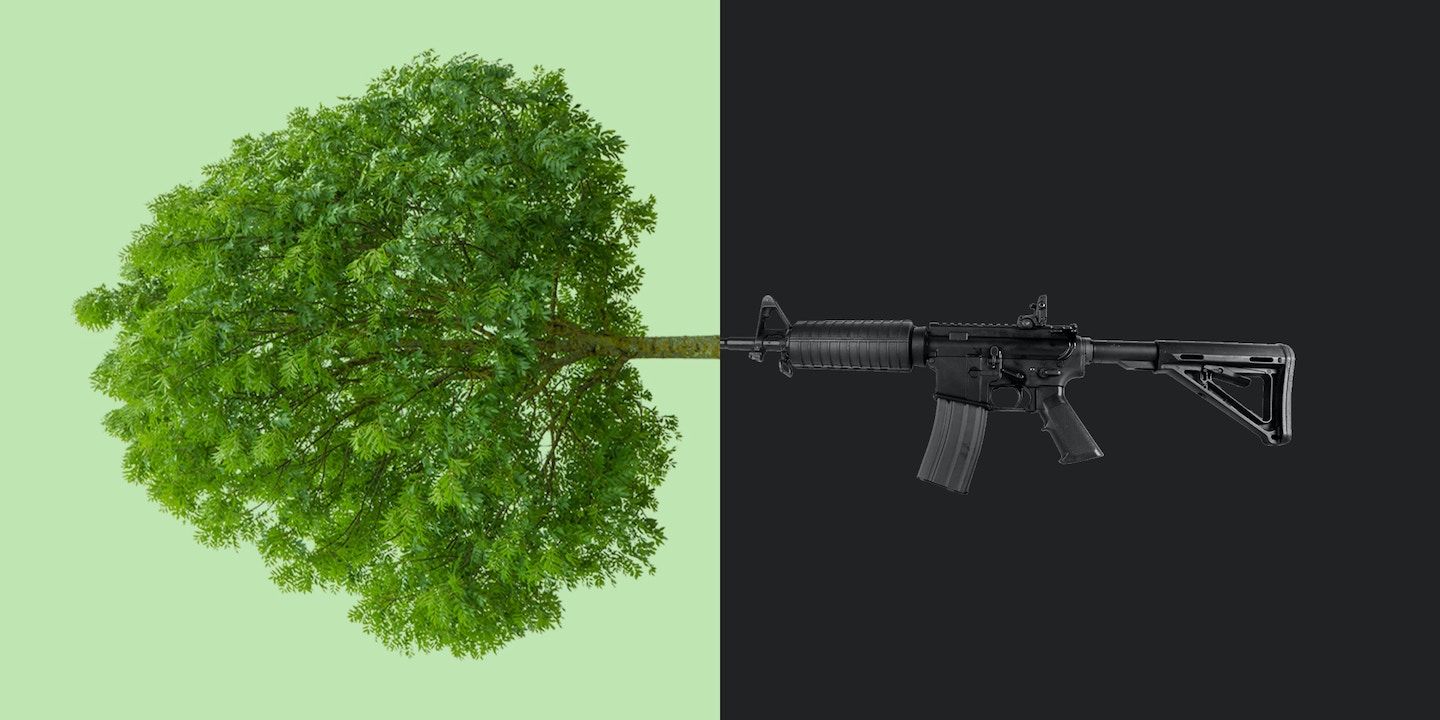 In April 1953, three months after he took office, President Dwight Eisenhower addressed the American Society of Newspaper Editors. In what would become known as his “Chance for Peace” speech, Eisenhower famously said:

Every gun that is made, every warship launched, every rocket fired signifies, in the final sense, a theft from those who hunger and are not fed, those who are cold and are not clothed. This world in arms is not spending money alone.

It is spending the sweat of its laborers, the genius of its scientists, the hopes of its children.

This is one way of looking at military spending. But there’s another way, one articulated just after the September 11, 2001, terrorist attacks by Samuel Visner, a onetime executive at defense contractor SAIC turned top National Security Agency manager. “We can milk this thing all the way to 2015,” Visner told a contractor at a meeting about one of the NSA’s surveillance programs. “There’s plenty to go around.”

Of course, Visner — who soon returned to SAIC — underestimated himself and his compatriots. In reality, the military-industrial complex has milked 9/11 far past 2015 and, despite the partial end to one war in Afghanistan, hopes to continue the milking process long into the future.

According to a latest version of a long-running study from Brown University, the U.S. federal government has to date spent $5.84 trillion in current dollars on the so-called war on terror. This is over $16,000 for every single American, or $64,000 for a family of four.

Nonetheless, let’s take $5.84 trillion as a starting point to imagine what the U.S. could have had if we’d never invested — literally and figuratively — in the war on terror.

If there’s one national project that would have matched the cost and scale of a globe-straddling war, it was reconstructing the U.S. economy so that it would not generate the globe-warming emissions that are inexorably destroying a livable biosphere.

One core component of this is decarbonizing the electrical grid. This would require creating a truly national electrical system, one that is capable of transporting renewable energy from where it’s generated anywhere in the U.S. to where it’s needed. It’s a huge challenge, as illustrated by one estimate of the cost if we got started now: $4.5 trillion.

This can’t be compared precisely to creating such a grid beginning in 2001. On the one hand, many of the necessary technologies were far less developed then. On the other hand, those same technologies would have developed far more quickly if the U.S. had focused its scientific prowess on them instead of figuring out how to target people in the mountains of Pakistan for death via drones piloted from an air base in Nevada. Creating a decarbonized grid would also have spawned entire American industries whose products the rest of the world would have been eager to buy.

Then let’s throw in planting 1 trillion trees around the world, especially in the tropics. This would have sequestered a significant chunk of the carbon that human activities have put into the atmosphere, giving us more time to head off the worst effects of global warming. While this would also be a gigantic project and have to be done carefully, it’s also far cheaper, with costs around $300 billion — if we assume that the U.S. would have to cover the whole price tag for a worldwide project.

That totals $4.8 trillion. This is obviously a lot of money, but it also would have been an investment that, unlike decades of war, would have paid enormous dividends in the future: The climate crisis will have enormous costs for us and the world, ones that will far outstrip those of any actions we take to slow it.

It also would have left us with a bit more than $1 trillion to spend. The next obvious place to have put this amount of cash would have been toward the creation of high-quality universal health care. There are many estimates of how much a Medicare for All system would cost, some of which find that it would be slightly more expensive than our current system and some of which find that it would cost less. No one can know who’s right, but if the think tank RAND is in the right ballpark, universal health care would have cost the U.S. an additional $1 trillion over the past 20 years. (It’s important to recognize that RAND was evaluating proposals for universal health care that would cover not just standard medical expenses but also dental, vision, mental health, and long-term care, with essentially no out-of-pocket expenses.)

With $1 trillion going toward health care, there would still be some pocket change left over, about $40 billion. This would almost cover the estimated $50 billion cost of snuffing out the Covid-19 pandemic — with a campaign of vaccinations and tracing — in a short time frame. The International Monetary Fund believes that this would lead to about $9 trillion in increased economic activity — i.e., a return on investment of over 3,000 percent.

It’s excruciating to look at these facts and face the reality that we chose death over life 20 years ago, and have been choosing it ever since. The good news is that U.S. is so rich that even the stupendous cost of the war on terror did not force many changes to daily life for most Americans. That means that while it will be significantly harder now to change course, it is still possible and perhaps easier than we imagine. As inspirational wall posters say, the best time to plant a tree, literally and figuratively, is 20 years ago, and the second-best time is now.

Or as Eisenhower put it in 1953, “Is there no other way the world may live? … We are ready, with renewed resolve, to strive to redeem the near-lost hopes of our day. … There is, before all peoples, a precious chance to turn the black tide of events.”