Senators say they want to protect foreign journalists from government aggression. But what happens when the U.S. is the aggressor? 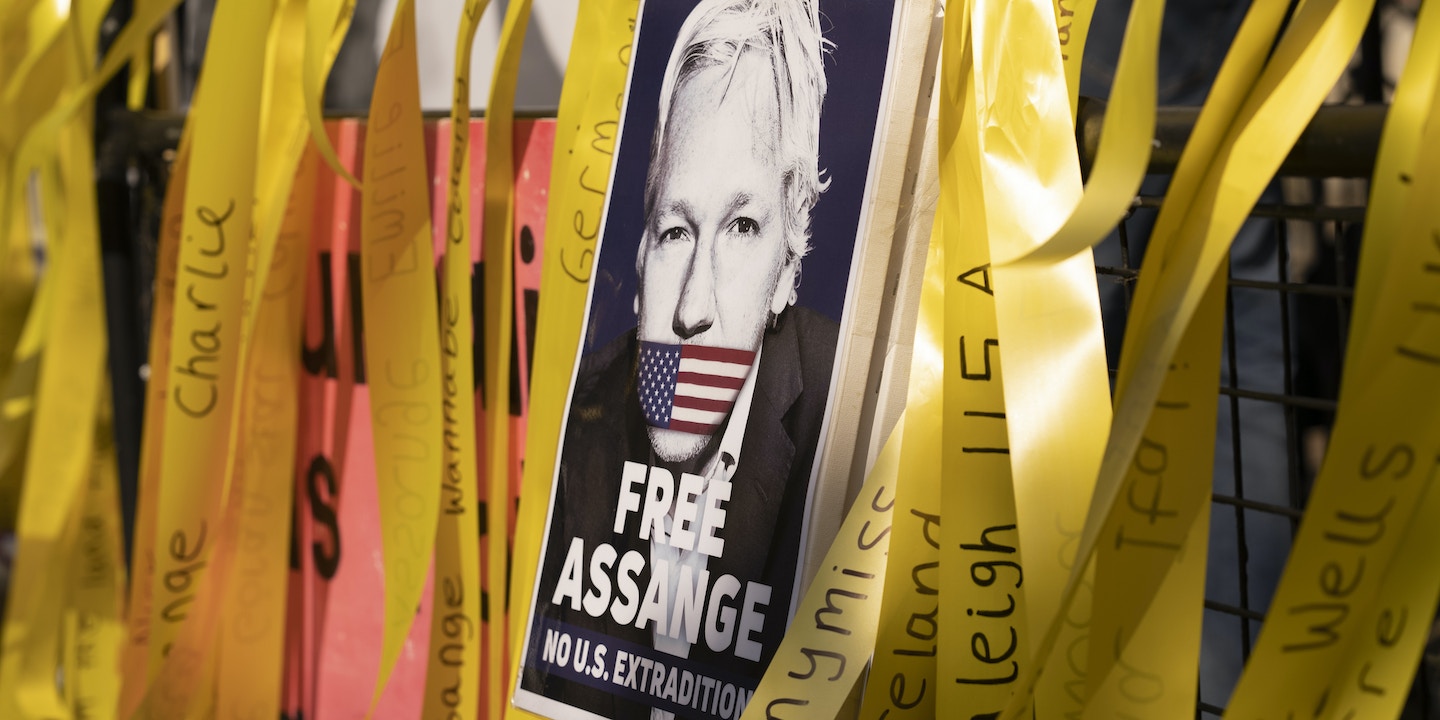 Earlier this year, just days before World Press Freedom Day, Sens. Tim Kaine, D-Va., and Lindsey Graham, R-S.C., joined forces to introduce the International Press Freedom Act of 2021, a bipartisan bill to protect at-risk journalists working in highly censored countries. The legislation is predicated on the idea that the United States is a uniquely safe place for journalists — but that notion doesn’t always hold up under scrutiny.

Introduced on April 29, the International Press Freedom Act is one of at least three press freedom bills that Congress has considered since Saudi authorities killed journalist Jamal Khashoggi in October 2018. But while other bills have proposed piecemeal protections — such as sanctions on restrictive governments or a government office for threatened journalists — Kaine and Graham’s bill takes a more comprehensive approach. In addition to directing State Department funds toward investigating and prosecuting crimes against journalists abroad, the law would create a new visa category for threatened reporters and open a State Department office with a $30 million annual fund to help journalists report safely or relocate.

Press advocacy groups such as the Committee to Protect Journalists have praised Kaine and Graham’s bill, claiming that the legislation would “bolster U.S. foreign diplomacy on global press freedom.” In a statement, Kaine emphasized the U.S.’s responsibility to spread its free speech ethos.

“Enshrined in both our Constitution and the Universal Declaration of Human Rights, press freedom is a core American value that we must constantly promote around the globe,” he said in a press release. “With this bill, our country will let journalists know that we will protect their right to report and offer safe harbor when they are threatened.”

But that safe harbor doesn’t seem to apply to foreign journalists the U.S. government itself has threatened. For years, the Justice Department has worked to extradite and prosecute WikiLeaks founder Julian Assange for publishing Army war logs provided by Chelsea Manning in 2010, and increased the pressure following his 2016 publication leaked Democratic Party emails that the Justice Department said were hacked by Russia. And though the government’s extradition efforts are inching closer to fruition amid several U.S. appeals, Kaine and Graham have remained silent.

Assange sought refuge in the Ecuadorian Embassy in the U.K. but was arrested in 2019 on an extradition warrant under charges related to his 2010 publication of military documents. Assange’s charges — which include one count of conspiracy to commit computer intrusion and 17 counts under the Espionage Act for exposing national defense information — could land him in prison for a maximum of 175 years.

Of Assange’s many critics, Kaine and Graham have been some of the loudest. In the years since the publication of the military war logs and the Democratic National Committee’s emails, the senators have taken to cable news to air their contempt. “[WikiLeaks] released classified information between our government and foreign leaders that embarrassed foreign leaders and our government,” Graham said on CNN in 2017, after former President Donald Trump tweeted support for Assange. “So Mr. Assange is a fugitive from the law hiding in an embassy who has a history of undermining American interests.”

Kaine, whose vice presidential hopes may have been hampered by the 2016 email leak, celebrated Assange’s arrest in 2019. “It’s something that we expected, we knew the day would come, and justice has to be done,” he told CNN anchors in 2019. “The thing that I’m most interested in is, when you get to the bottom of this story, how do we learn enough to protect sensitive information from vandals like Julian Assange?” (Graham, meanwhile, tweeted his approval of the arrest.)

Over a year after Assange’s detainment, England’s High Court held a series of hearings about his case, which culminated in a January 2021 ruling that blocked Assange’s extradition. But in August, the court expanded the grounds on which the U.S. could appeal the decision, flooding the court with a wave of appeals. (The U.K.’s extradition procedure requires British prosecutors to represent the U.S. in court, meaning that U.K. taxpayers are footing the prosecution’s bill.)

“It’s fine to offer visas to persecuted journalists, but … it’s immensely hypocritical for the U.S. to do this at the same time it is seeking to extradite Julian Assange.”

“It’s clear they’re out to get him,” said Chip Gibbons, policy director for Defending Rights & Dissent, who has covered Assange’s case for Jacobin. “It’s fine to offer visas to persecuted journalists, but … it’s immensely hypocritical for the U.S. to do this at the same time it is seeking to extradite Julian Assange.”

Assange isn’t the only publisher or whistleblower the bill sponsors have targeted. Graham, one of loudest critics of government leakers in Congress, championed the imprisonment of Edward Snowden and slammed Obama for commuting Manning’s prison sentence in 2017. Kaine has occasionally taken a softer stance, although he also opposed Manning’s commutation and said that Reality Winner “has got to suffer the consequences” for leaking a classified document pertaining to the 2016 election. Still, the senators bemoaned the number of journalists imprisoned worldwide in the press release for their bill.

A spokesperson for Kaine said that he introduced the International Press Freedom Act because of his “long-standing support for human rights inspired by Kaine’s long-standing support for human rights … and in particular his outrage over the death of Jamal Khashoggi” but did not answer questions about Assange’s extradition. Representatives for Graham and Sen. Dick Durbin, D-Ill., a co-sponsor of the bill who has also voiced support for Assange’s extradition, did not respond to requests for comment.

And press freedom advocates, while supportive of the press freedom bill, said that the legislation would yield the biggest impact if the U.S. followed its own policies.

“Anytime we, or the U.S. government, or members of Congress are talking about press freedom internationally, it’s, in my mind, a good thing,” said Trevor Timm, co-founder and executive director of the Freedom of the Press Foundation. “But for any of that advocacy to be remotely effective, it’s important for the U.S. to walk the walk and not just talk the talk.”

This story previously referred to a maximum prison sentence for Julian Assange of 147 years, not 175 years.