Whip Count: The 22 Democrats Who Support the Progressive Reconciliation Strategy

A running tally of the lawmakers who have — and have not — committed to withhold their votes on the bipartisan infrastructure bill in favor of robust budget reconciliation. 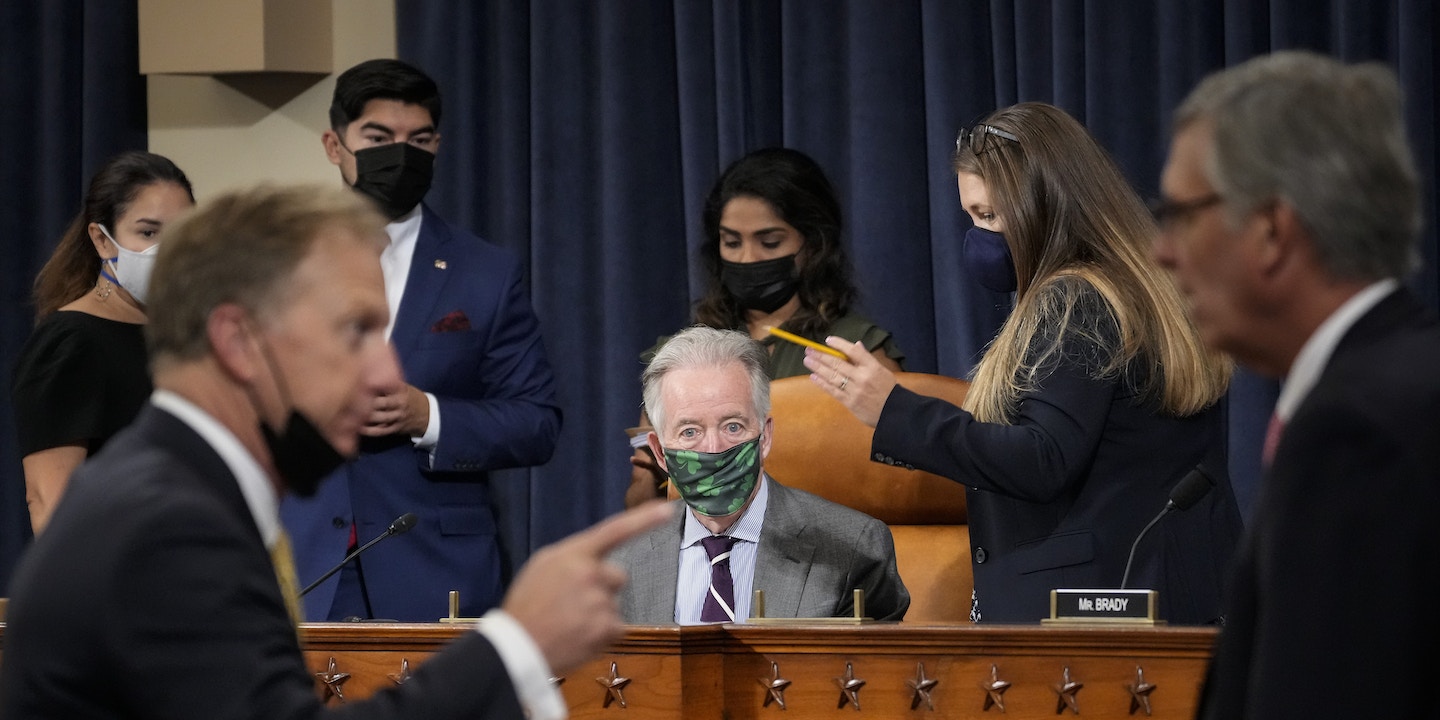 As the House of Representatives begins debating Democrats’ landmark budget reconciliation package, 22 Democratic lawmakers have publicly committed to keeping the legislation tied to the bipartisan infrastructure bill, according to an unofficial whip count conducted by The Daily Poster, The Intercept, and The American Prospect.

The whip count of legislators’ statements on the issue can be viewed here, and this document will be updated to reflect the changing positions of lawmakers. Since publication, six more representatives have committed to voting against the infrastructure bill if it is not paired with reconciliation, bringing the total count to 22.

If there are not enough progressive Democrats willing to oppose an anticipated late-September vote on the bipartisan infrastructure bill and keep the two bills together, then business-aligned Democratic lawmakers could be empowered to pass the infrastructure bill and kill the much larger reconciliation bill that corporate lobbyists are frantically trying to stop.

The progressive strategy, which has been endorsed by House Speaker Nancy Pelosi and President Joe Biden, has been to pair the bipartisan infrastructure bill with the larger reconciliation package — either both pass or neither do. In August, a group led by Rep. Josh Gottheimer, D-N.J., backed by the dark-money group No Labels, successfully split the two packages apart by winning a promise of a vote on the bipartisan bill on September 27. In order to keep the two together, progressives must either complete work on their larger bill by that date, or defeat or stall the bipartisan bill on September 27. Gottheimer was offered a vote, not passage, after all.

Pelosi has said that if the votes are not there to pass the bipartisan bill on Monday, she won’t put it on the floor.

Backers of the bipartisan bill say they expect Republican support to be in the low double digits; Rep. Henry Cuellar, D-Texas, pegged it at 10 to 12 in August, though that number may have fallen as Minority Leader Kevin McCarthy and former President Donald Trump have been discouraging Republicans from giving Democrats a win. Only seven Republicans have so far committed to back the bill.

The math is straightforward: Democrats have a four-seat majority, so adding 12 Republicans gives a cushion of 16 votes — meaning progressives have just enough committed “no” votes for a razor-thin margin. Dozens of Democrats did not immediately respond to our request for comment, so the figure of 16 may undershoot the count, and this article will be updated as new responses come in. (As of September 26, the count is 22.) The Congressional Progressive Caucus has previously said that it has the private commitments of a majority of their 95 members for the two-track strategy.

“There are a lot more but not everyone is ready to be public,” said Rep. Pramila Jayapal, D-Wash., chair of the CPC. “We had the majority of our caucus in our previous whip counts and we expect the same now. We will release names later if we have to. But I feel confident of our numbers.”

The reconciliation bill, called the Build Back Better Act, includes trillions of dollars to address poverty and climate change; as well as runaway costs for health care, child care, and education; and raises taxes on the wealthy and corporations. It needs only a simple majority in both the House and the Senate to pass, because the filibuster doesn’t apply to the reconciliation process.

Some conservative Democrats bankrolled by pharmaceutical companies, private equity barons, and fossil fuel giants have been threatening to vote against the reconciliation bill. This is why strategists believe the only way to get their much-needed votes for the package is for other Democrats to withhold enough votes for the infrastructure bill to block its passage unless the reconciliation bill also passes.

Over the weekend, Sen. Joe Manchin, D-W.Va., announced that he intends to vote against the reconciliation bill when it comes to the Senate for a vote. Sen. Bernie Sanders, I-Vt., responded, making his position clear: “No infrastructure bill without the $3.5 trillion reconciliation bill,” he said in a tweet.

The bipartisan infrastructure bill has already passed the Senate. The question now is whether enough Democrats in the House are willing to make their support for the legislation contingent on reconciliation’s passage to block it from passing the House, even with Republican support, without their votes.

The Daily Poster, The Intercept, and The American Prospect reached out to every voting Democrat’s office in the House of Representatives and asked whether they would publicly commit to this strategy. The following representatives said they would, or have issued public statements saying they would: Reps. Jamaal Bowman, Brendan Boyle, Cori Bush, Veronica Escobar, Pramila Jayapal, Mondaire Jones, Ro Khanna, Andy Levin, Alexandria Ocasio-Cortez, Ilhan Omar, Mark Pocan, Katie Porter, Ayanna Pressley, Jan Schakowsky, Rashida Tlaib, and Bonnie Watson Coleman.

“I am absolutely firm that we are yoking these two bills together,” Levin said at a press event on Monday. He declined to get into “the minutiae of process.”

Similarly, Ocasio-Cortez stated publicly in a livestreaming session, “Nothing would give me more pleasure than to tank a billionaire, dark-money, fossil fuel, Exxon lobbyist-drafted ‘energy’ infrastructure bill if they come after our child care and climate priorities.”

The Congressional Progressive Caucus, of which 95 representatives are members, announced the two-track strategy in an August 10 letter to leadership. According to the letter — signed by Jayapal, Porter, and Omar — a majority of CPC members intend to withhold their votes on the infrastructure bill “until the Senate [adopts] a robust reconciliation package.”

The CPC did not release names at that time. The whip count indicates that some members are as yet unwilling to put their names on the record.

One caveat, which may threaten the entire strategy, is that the CPC has not specified the size of the reconciliation package that will meet the standard of “robustness,” nor any nonnegotiable provisions for the bill. That leaves open the possibility that they might vote for a pared-back reconciliation bill that has been gutted by conservative Democratic legislators.

Some lawmakers have drawn their own lines in the sand. Tlaib, for example, tweeted last week, “$3.5 trillion is the floor.”

Regardless of the size of the bill, the most important line in the sand is whether the two bills stay together.

This story previously included Rep. Ed Perlmutter, D-Colo., among the list of Democrats committed to linking their votes on the reconciliation and infrastructure bills. After publication, Perlmutter’s office said his statement supporting a “two-track strategy” was “not a yes or no answer” on whether he would vote down the infrastructure bill if it is delinked from the reconciliation bill.

Since this story was published, Reps. Yvette Clarke, D-N.Y., Mark DeSaulnier, D-Calif., Lloyd Doggett, D-Texas, Jared Huffman, D-Calif., Chuy Garcia, D-Ill., and Hank Johnson, D-Ga. have said they would vote against the infrastructure bill if it is delinked from the reconciliation bill. The total count is now 22. 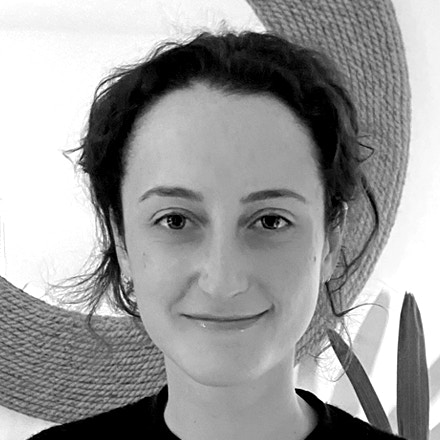