Republican Jordan Colvin is the new legislative director for the New Jersey Democrat, a major obstructionist to Biden’s agenda. 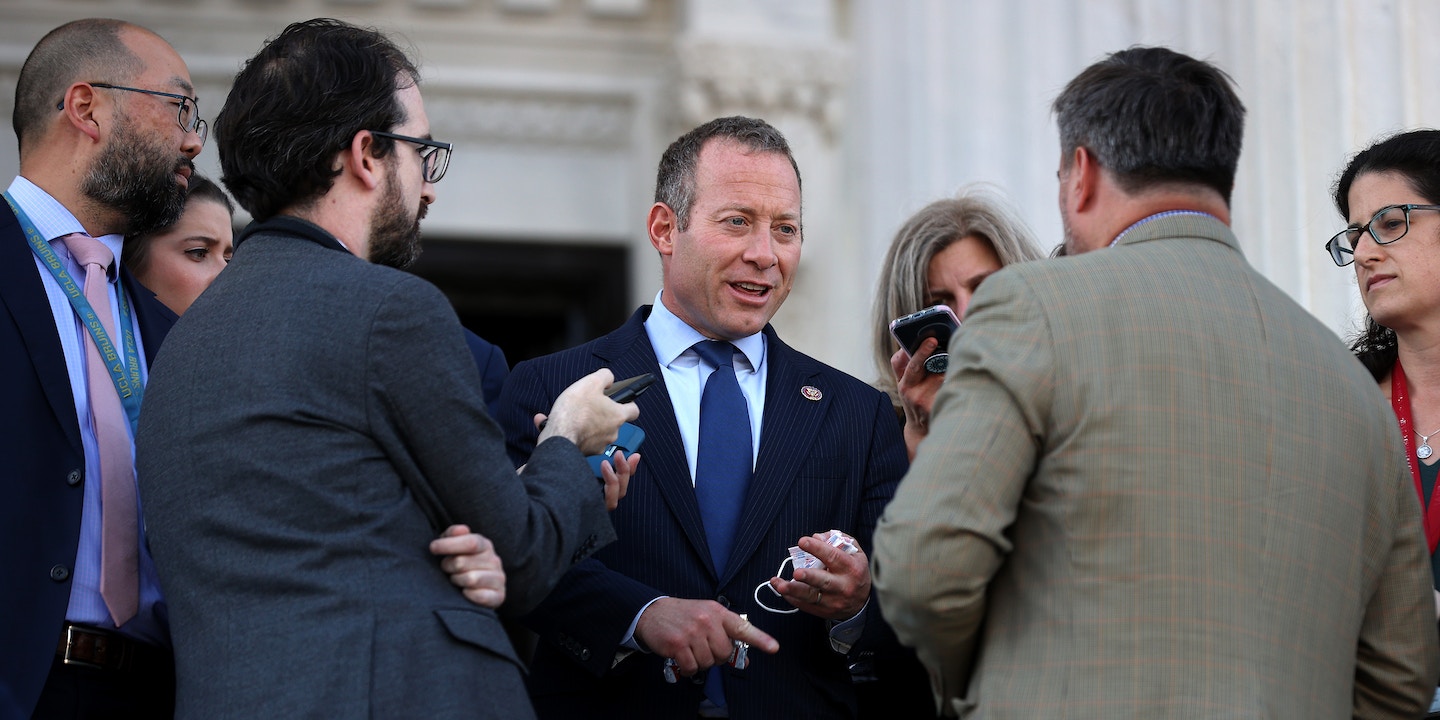 The New Jersey representative who led a few conservative Democrats to undermine President Joe Biden’s Build Back Better agenda has hired a former top Republican staffer from the congressional office of then-Rep. Ron DeSantis, R-Fla., now governor of the state.

Jordan Colvin has joined the office of Rep. Josh Gottheimer, D-N.J., as legislative director, the lawmaker confirmed in a statement posted Friday on Twitter. The Intercept contacted Gottheimer’s office Thursday afternoon for comment. The representative’s staff never responded, but the news appeared this morning in a Politico newsletter, noting that Colvin had been involved with Veterans and Military Families for Biden but not that she had worked for DeSantis. In his statement, Gottheimer touted Colvin’s experience as an undercover cop.

Very excited to have Jordan join our team as our new LD!

Jordan started her career as an undercover DC cop working on an anti-human trafficking task force. She’s fought for legislation to help veterans with service dogs and she was part of the Vets & Military Families for Biden. pic.twitter.com/cnglJ1bHjf

While Gottheimer refers to Colvin as a “former” Republican who shifted to the Democratic Party after Donald Trump won the presidency in 2016, she led DeSantis’s legislative affairs between May 2015 and July 2016, according to her Legistorm profile, as he advocated far-right policies that Trump himself would go on to implement.

In December 2015, while Colvin was serving as legislative director for DeSantis, the Florida Republican and Sen. Ted Cruz, R-Texas, offered companion bills to suspend refugee admissions from Syria, Iraq, and other Muslim-majority countries. The Terrorist Refugee Infiltration Prevention Act never made it out of committee, but Trump enacted the policy when he issued an executive order within the first week of his presidency that halted refugees from similar nations from entering the country.

Colvin was also an investigative counsel to the late Sen. Tom Coburn, R-Okla., while he was the ranking member of the Senate Homeland Security and Governmental Affairs Committee. During that period, in December 2014, the senator led Republican opposition on the committee to Alejandro Mayorkas, now Biden’s head of Homeland Security, who at the time was being considered for the agency’s No. 2 position under former President Barack Obama. Coburn opposed Mayorkas’s nomination since the department’s inspector general was investigating allegations that he had exerted unfair influence over a visa program for foreign investors.

More recently, Colvin began to participate in Democratic politics when she supported her husband Jesse Colvin’s campaign as the party’s nominee against incumbent Republican Rep. Andy Harris of Maryland in the 2018 congressional election. (Harris won.) In December 2020, the former DeSantis staffer began working for the Qatar Embassy in Washington, D.C. She received $10,000 per month to provide advice on “U.S.-Qatar relations and the business and political climate in the U.S.” as well as to lobby on behalf of the embassy. Colvin notified the Justice Department that she stopped working for the country on August 31.

She now joins Gottheimer’s Democratic team at a critical time for his party. By holding both chambers of Congress and the White House, Democrats have a rare opportunity to pass key reforms, but their slim majorities in the House and Senate make every single vote, including Gottheimer’s, essential.

Gottheimer made waves in August when he led eight other Democrats to demand that House Speaker Nancy Pelosi, D-Calif., abandon her strategy to hang a floor vote on the Senate’s corporate-backed, bipartisan infrastructure bill on the completion of a pivotal reconciliation process. The representative and his allies wanted a vote on the former immediately, but that could have disincentivized him and other conservative Democrats from then passing a much more ambitious bill to achieve expanded Medicare coverage, universal prekindergarten, paid family leave, and other domestic priorities of the Biden administration.

Pelosi agreed to hold a floor vote by September 27 but ultimately delayed that deadline, with Biden’s support, after progressives threatened to withhold their support since the reconciliation process was not yet complete. Gottheimer chastised progressives for using radical tactics themselves, even though their maneuver functioned to preserve the original two-track strategy and safeguard a spending package that doesn’t even authorize their own policy goals, like Medicare for All.