Sen. Kyrsten Sinema Is Literally Teaching a Course on Fundraising

The senator is educating Arizona State University students on her forte: asking for money. 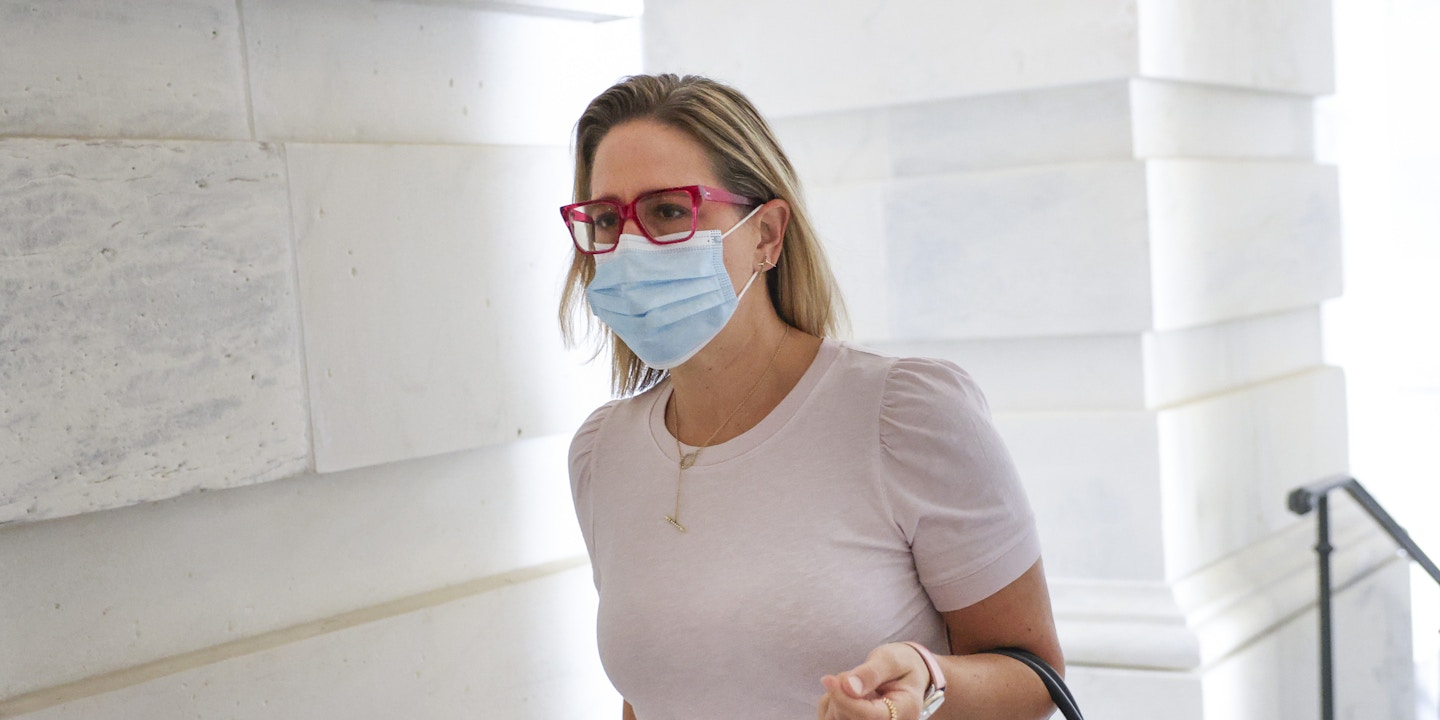 All students hope to learn from the top experts in their field. Graduate students at Arizona State University have an unusual opportunity this fall to do just that, where Sen. Kyrsten Sinema, D-Ariz., is teaching a course on getting rich people to give you money.

The course, titled “Developing Grants and Fundraising,” is one of two classes Sinema is teaching this fall at Arizona State University’s School of Social Work. The syllabus, which was obtained by The Intercept, says students will “learn diverse fundraising strategies” for nonprofits as well as “how to cultivate donors,” including “large individual donors,” by leveraging resources like “opportunistic fundraising,” “finding supporters for major fundraising events” — and, well, “asking for money.”

The outline identifies “Key Course Concepts” such as “corporate giving,” “political strategy,” “influence,” and “power” as well as more socially conscious terms like “discrimination,” “oppression,” and “privilege.” One of the required books is “Fundraising for Social Change” — ironic in light of Sinema’s attempts to ensure things like corporate tax rates remain unchanged. A spokesperson for Sinema did not respond to a request for comment.

Fundraising is a subject the Arizona senator knows a thing or two about, having raised eye-popping sums of money from groups opposed to President Joe Biden’s Build Back Better agenda. Sinema has racked up some $920,000 in campaign contributions from said groups, according to an analysis by Accountable.US, a watchdog group that monitors corporate lobbying.

In the past two years, she has received tens of thousands of dollars in maxed-out contributions from private equity partners and investment firm CEOs who stand to lose in the event of a tax hike on corporations or the rich, as The Intercept reported last month. Sinema recently told colleagues that she would not accept any corporate tax or income tax increases, the New York Times reported.

Sinema also threatens to obstruct Democrats’ major drug pricing reforms, which would drive down skyrocketing pharmaceutical prices industrywide by allowing Medicare to negotiate them. Sinema ran on lowering drug prices in 2018, The Daily Poster points out, but changed her tune as the pharmaceutical industry began to court her. Since entering Congress, Sinema has also received more than $6 million in donations from the finance, insurance, and real estate industry.

Sinema’s part-time teaching gig at ASU entered the news cycle this weekend. As Sinema exited a classroom in ASU’s Phoenix campus, activists ambushed her, urging her to support the president’s Build Back Better plan, the multitrillion-dollar reconciliation package that currently lacks support from Sinema and fellow conservative Democrat Sen. Joe Manchin of West Virginia. The activists, one of whom is undocumented, were part of an immigration reform advocacy group, Living United for Change in Arizona, pushing to include immigration reform and a pathway to citizenship in the legislation. When Sinema declined to speak to the activists and walked briskly to the bathroom, the activists followed her in.

The move drew condemnation from many — including some people you wouldn’t think worried much about civility, like former Trump adviser Stephen Miller, the architect of family separation and many other anti-immigration policies during the Trump administration.

“Illegal aliens are unlawfully harassing a U.S. Senator to demand passage of Biden’s ‘budget’ reconciliation bill because it will give them amnesty,” Miller tweeted.

“Yesterday’s behavior was not legitimate protest,” Sinema said in a lengthy statement on Monday. “It is the duty of elected leaders to avoid fostering an environment in which honestly-held policy disagreements serve as the basis for vitriol — raising the temperature in political rhetoric and creating a permission structure for unacceptable behavior.”

Sen. Bernie Sanders, I-Vt., declined to sign onto a statement condemning the activists without language reflecting his hope that she will change her position on prescription drug reform and the reconciliation bill. “Those in Sinema’s orbit have privately vented frustration that her fellow Democratic senators and the White House haven’t more forcefully spoken out,” Axios reported.

“I don’t think they’re appropriate tactics, but it happens to everybody,” Biden said, downplaying the event. “The only people it doesn’t happen to are people who have Secret Service standing around them,” he laughed.

Joe Biden downplays Senator Sinema getting harassed by leftwing activists in a bathroom over the weekend: “I don’t think they’re appropriate tactics, but it happens to everybody…it’s part of the process.” pic.twitter.com/S0D6nrzqN6