The former military intelligence analyst is currently imprisoned in Illinois. 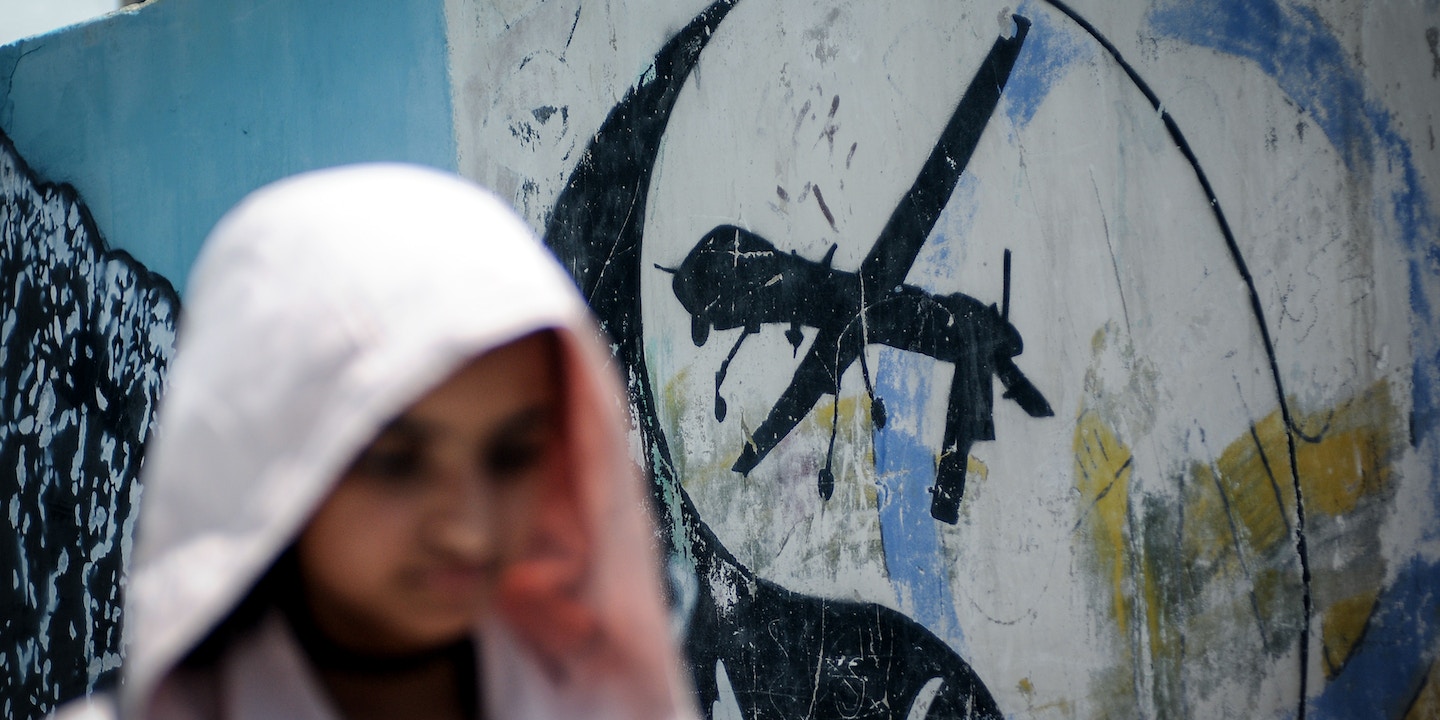 Daniel Hale, the former U.S. Air Force intelligence analyst currently imprisoned for releasing top-secret documents on the government’s drone program, was given an international award for whistleblowing Wednesday. Blueprint for Free Speech, a nonprofit charity based in Australia, gave Hale its international prize, stating that his actions “prompted greater openness from the Obama administration about their drone policy, and greater demands for ongoing accountability to the public.”

Hale was sentenced to 45 months in prison in July after pleading guilty to violating a single count of the Espionage Act, a controversial 1917 law often used against individuals who share national security information with the press. Originally intended for foreign spies, the law bars the accused from using their motivations for leaking as a defense. The judge, Liam O’Grady of the U.S. District Court for the Eastern District of Virginia, dismissed four other charges against Hale with prejudice.

During Hale’s prosecution, government lawyers, who compared Hale to a heroin dealer and urged the court to deliver the harshest possible sentence, 11 years in prison, strongly implied that Hale was the source of The Intercept’s 2015 series “The Drone Papers.” As a matter of policy, The Intercept does not comment on the identity of its confidential sources.

Prior to his sentencing, Hale submitted a handwritten letter to the court in which he detailed his involvement in drone operations in Afghanistan and Yemen — in addition to the Air Force, Hale was also employed as an intelligence contractor. He wrote that he observed the military routinely label all “military age males” killed in drone strikes as “enemies killed in action,” regardless of what they were doing or whether the government knew their identities.

U.S. drone operations abroad have killed between 9,000 and 17,000 people since 2004, according to an estimate from the Bureau of Investigative Journalism, including as many as 2,200 children and multiple U.S. citizens. The organization puts the overall civilian casualty estimate from U.S. strikes worldwide at between 910 and 2,200 individuals.

Hale told the court that he leaked documents on the drone program out of a sense of moral duty. “I am here because I stole something that was never mine to take — precious human life,” he said at his sentencing. “I couldn’t keep living in a world in which people pretend that things weren’t happening that were. Please, your honor, forgive me for taking papers instead of human lives.”

Betsy Reed, editor-in-chief of The Intercept, said in a statement at the time of Hale’s sentencing that the documents Hale was accused of leaking “revealed the truth about the U.S. government’s secretive, murderous drone war, including that the killing of civilians was far more widespread than previously acknowledged.”

Among the Blueprint for Free Speech’s previous award recipients are other past targets of U.S. national security leak prosecutions, including Chelsea Manning and Reality Winner.

Hale, who has personally rejected the “whistleblower” label, is currently incarcerated at USP Marion, a federal penitentiary in Marion, Illinois, where he has been held in a “Communications Management Unit” since October. Commonly known as CMUs, the highly restrictive units are ostensibly meant to house the most dangerous of individuals and by design cut off virtually all access to the outside world. According to the Center for Constitutional Rights, “being sent to a CMU is uniquely stigmatizing because it is described publicly as a terrorist unit.” In October, journalist Kevin Gosztola reported that Hale is “the first person convicted for an unauthorized disclosure of information to the press to be incarcerated in a CMU.”

Last month, Hale’s network of supporters reported that he was poring over a large batch of letters and books and that he was eager to receive “articles and news about anything that’s not foreign policy.” The support group has created a GoFundMe page to “help alleviate the financial duress caused by a decade’s long criminal investigation, prosecution and now, incarceration.” Hale’s expected release date is July, 5, 2024.