More than 70 percent of the Israeli attacks that killed civilians in Gaza had no corresponding reports of militants hit alongside them. 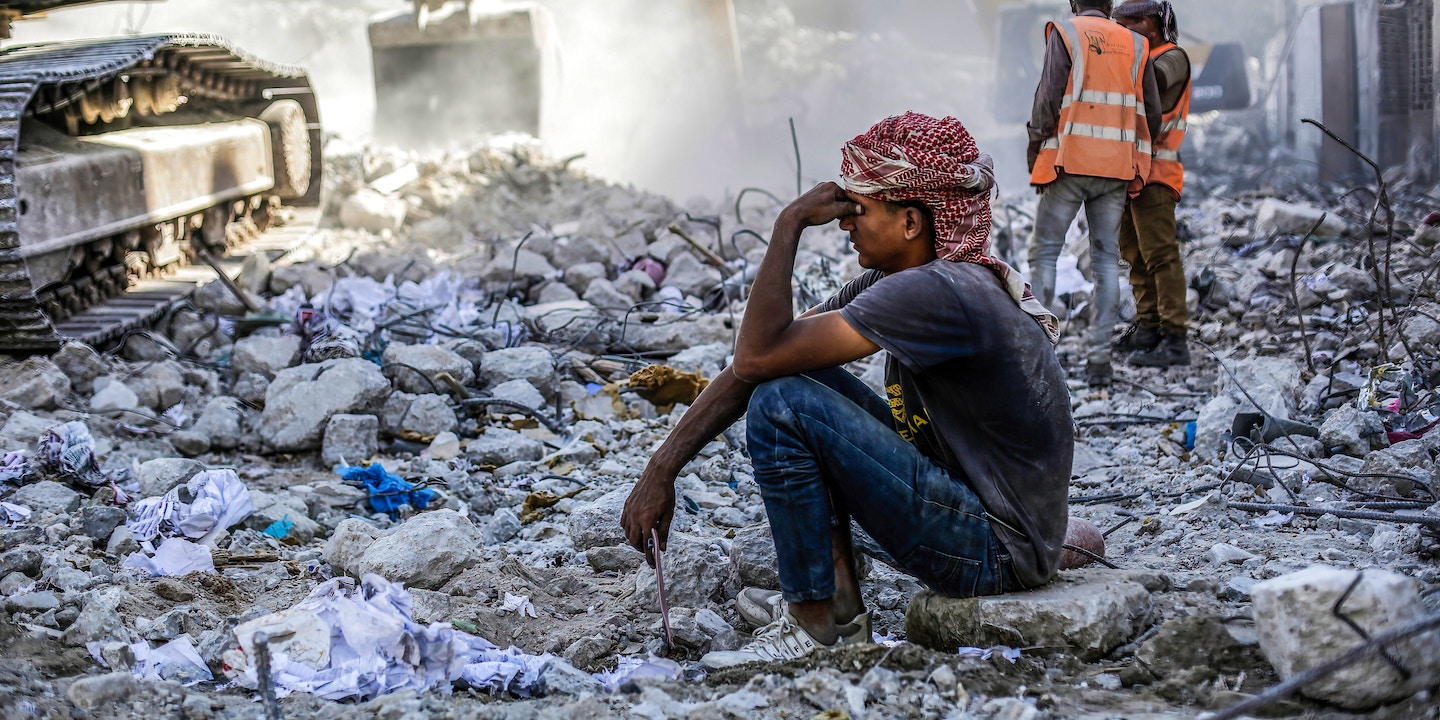 A new report by the independent monitoring group Airwars found that the 2021 conflict between Israel and Palestinian factions in the Gaza Strip killed up to 192 Palestinian civilians and injured hundreds more over 11 days of intense fighting. Rockets fired by Palestinian militants into Israel are also estimated to have killed 10 civilians inside Israel during the brief but intense conflict first triggered by tensions between Israelis and Palestinians in Jerusalem.

Among the key findings of the report — titled “Why Did They Bomb Us?” — are the age breakdowns of Palestinians killed in Israeli strikes in Gaza. Of the total number of civilian deaths, roughly one-third were children, most of whom died in attacks that killed or wounded multiple members of the same family. More than 70 percent of the reported attacks that killed civilians had no corresponding reports of militants hit alongside them, meaning that civilians were the only victims.

One attack documented in the report took place the night of May 15, when an Israeli airstrike hit a house in the Al-Shati refugee camp in Gaza. Two mothers, sisters-in-law, were reportedly killed in the attack, along with eight children between the ages of 5 and 14. One 5-month-old boy was found by rescuers in the rubble from the attack still alive in his dead mother’s arms. The families had gathered together to celebrate the long weekend after the Eid holiday.

Alaa Abu Hattab, whose wife, children, sister, and sister’s children were all killed in the attack, recounted to Airwars what took place.

“I left my house on foot at about 1:30AM to go to some of the local shops that were open late during the run-up to Eid to buy toys and snacks for the kids for the Eid festival and to buy some food, as we were hungry,” Abu Hattab said in the report. Fifteen minutes later, an explosion hit the area he had just left. He ran back to find that it was his own home that had been struck. Seeing the rubble where his family house once stood, he fainted in shock. “When I regained consciousness, I saw rescue workers looking for bodies under the rubble and recovering body parts. The attack had shredded the bodies. Other parts remained under the rubble because they could not find them.”

No militants were reported killed in the strike, one of many that hit the strip during the brief fighting. “There were no militants in or near my house and no rockets or rocket launchers there,” Abu Hattab told Airwars. “I still don’t know why they bombed my house and killed my wife and children and my sister and her children.” Farah Al-Bahtiti, 5, shows physical scars six months after surviving a bombing during the 11 days of fighting in May 2021, in her home in Gaza City, Gaza Strip, on Dec. 4, 2021.

In addition to providing details on the civilian impact of the last war in Gaza, the Airwars report also provides the first comprehensive review of the long-running Israeli air campaign in Syria. Civilian casualties in Israel’s air campaign in Syria, mostly targeting alleged Iranian and Hezbollah assets, have been light, particularly in comparison with U.S., Russian, and Syrian government aerial attacks there that have killed tens of thousands of people. An estimated 14 to 40 civilians have been killed across hundreds of Israeli strikes against air bases, troop convoys, and weapons stores since 2013, according to Airwars findings.

“I still don’t know why they bombed my house and killed my wife and children and my sister and her children.”

The relative precision of Israel’s attacks in Syria stands in stark contrast to the toll of its operations in Gaza. According to the report, more civilians were killed in Gaza during the fighting this summer than in all of the attacks that have been carried out in Syria over the past eight years. The staggering difference between civilian harm in the two campaigns raises “fundamental questions about targeting policies,” according to the report. Israeli strikes in Syria have largely taken place away from built-up civilian areas, whereas the Gaza Strip is one of the most densely populated regions on the planet — making the nature of the Israeli campaign there something closer to counterinsurgency carried out from the skies.

In response to questions about its targeting practices during the 11-day Gaza conflict, an Israel Defense Forces spokesperson told Airwars that “terror organizations in the Gaza Strip deliberately embed their military assets in densely populated civilian areas,” adding that the IDF conducted internal operational reviews of its strikes and that the findings from those reports were classified. In response to similar questions about its attacks on Israel, a Hamas spokesperson stated that “[Israeli] military compounds and security facilities are built inside big cities and near universities and near hospitals,” claiming that the group similarly issued warnings in the hours before it carried out its attacks and took steps to ensure that its operations complied with international law.

An interactive map laying out the locations and extent of the civilian death toll.

The Airwars report is only the latest in a series from the monitoring organization on the civilian toll of various air campaigns in the Middle East and North Africa, including the U.S.-led coalition war against the Islamic State, Russian and Turkish airstrikes in Syria, and international operations in Libya. The study on Israeli and Palestinian militant activity is the first of its kind from the group.

“Our latest study corroborates what we have found with other large-scale conflicts in Iraq, Syria, and elsewhere: Even technologically advanced militaries kill large numbers of civilians when attacks focus on urban centers,” Airwars Director Chris Woods said about the report. “Stark differences in civilian deaths and injuries from Israeli actions in Syria and in the Gaza Strip clearly illustrate that the most significant driver of civilian harm remains the use of explosive weapons in populated areas. The single most effective way to reduce the number of civilians dying in warfare would be to restrict the use of such dangerous wide-area effect weapons.”