U.S. communities are beset by deafening roars from a generation of louder military aircraft — and they are fighting back.

The sound of the U.S. military’s latest generation of warplanes is quite literally deafening. The vibration shakes your insides. Conversation stops. Stress floods your body. And just when you think it’s over, another jet, and another and another, roars above rooftops, until it feels as though the sky is going to crack open.

This is the situation on Whidbey Island off the coast of Seattle and in communities across the country, where civilians find themselves living amid sonic warscapes as the U.S. military practices for battle above their homes, schools, and playgrounds. In 2016, I went to Whidbey as part of a video research project on the environmental impacts from the production and testing of U.S. weapons. The Navy operates a base on the island where pilots train on Boeing-made EA-18G Growlers, which are electronic-attack aircraft designed to disable enemy communications and defenses.

Pilots practice touch-and-go landings and take-offs to simulate conditions on aircraft carriers. They use two runways, one on the base and a smaller one that is located near homes, schools, and a national historic reserve in the town of Coupeville. I met residents who were desperate and angry. They spoke of feeling anxious, of not being able to sleep or socialize, of homes shaking from within. I met one woman who bunkers down in her basement and cries while her husband sits inside with protective ear muffs and self-medicates when the jets fly.

Multiple studies show both auditory and non-auditory impacts from noise pollution of this magnitude, including cardiovascular disease, tendency to dementia, anxiety, depression, and negative childhood learning outcomes and hearing loss. On Whidbey, noise levels can reach 120 decibels outdoors and 90 decibels have been reported in some indoor locations. A jackhammer at five feet away is about 100 decibels, for comparison. The jets fly very low, day and night for hours at a time, sometimes past midnight.

I returned to Whidbey in the summer of 2020 and the situation was worse. The Navy had increased its Growler fleet. More areas were being impacted, including the San Juan Islands and the Olympic National Forest, which the Navy uses as an electronic warfare range.

In 2019, the Navy was sued by the Washington attorney general and a local non-profit, Citizens of the Ebey’s Reserve (COER). Earlier this month, in a scathing opinion, Chief Magistrate Judge J. Richard Creatura said the Navy violated the National Environmental Policy Act by failing to consider war-training impacts on childhood learning, on the region’s bird population, and on greenhouse gas emissions. He also said the Navy should have more thoroughly researched training locations where there would have been less harm, such as the desert in El Centro, California.

The judge’s ruling does not provide a remedy. Instead, he has asked the parties to submit their suggestions within 30 days. For residents, the most obvious solution is to relocate the Growlers.

The struggle against military encroachment on civilian spaces is not unique to Whidbey. Since 2019, residents in the Burlington, Vermont area have been living amid the sonic roar of  F-35 attack aircraft. Twenty F-35s are now stationed at the Vermont Air National Guard station at Burlington International Airport. Pilots fly several hours a day, Tuesdays through Fridays and some weekends and nights. They train over the most densely populated areas of the state, including the town of Winooski, just north of the airport and home to a significant refugee population.

Saddam Ali and his wife Rajaa and children are one of those new families. They escaped Iraq and every time they hear an F-35, it brings them right back to the war they had fled. “I feel like I am still living in Iraq when I hear the sound of the planes,” said Rajaa. “We feel stress. It’s from this, of course. It’s really disturbing.”

Despite vigorous opposition from Vermonters in the form of protests and local resolutions against the planes, both of the state’s senators, Democrats Patrick Leahy and Bernie Sanders, supported the Air Force’s basing decision. They say it was needed to ensure the long term viability of the Air National Guard base but critics vigorously dispute that and say the base would exist with or without the F35s, and they point instead to Leahy’s cozy history with military contractors.

The F-35s are being rolled out at Air National Guard bases around the country, including Madison, Wisconsin, which is scheduled to receive the planes in 2023. Flight operations in Madison would increase by 47% over the current F-16s and make approximately 1,167 nearby homes “incompatible for residential use.” That doesn’t mean the Air Force will buy out these homeowners. The FAA would need to decide whether those homes should be sound-proofed or demolished and the homeowners compensated. In Vermont, if the authorities decided to sound-proof, it would take 26 years to fix 2,600 of the most-impacted homes at a cost of $4.5 million a year, according to a Burlington airport study.

But how do you sound-proof a park, or a playground, or your own backyard? 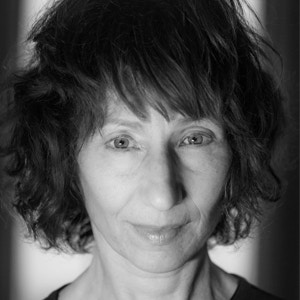