Trump Admits He Got Vaccine Booster in Secret, Skipping Photo-Op That Could Save Lives

Donald Trump has declined three times in the past year to try to save the lives of his fans by having himself photographed getting vaccinated against Covid-19. 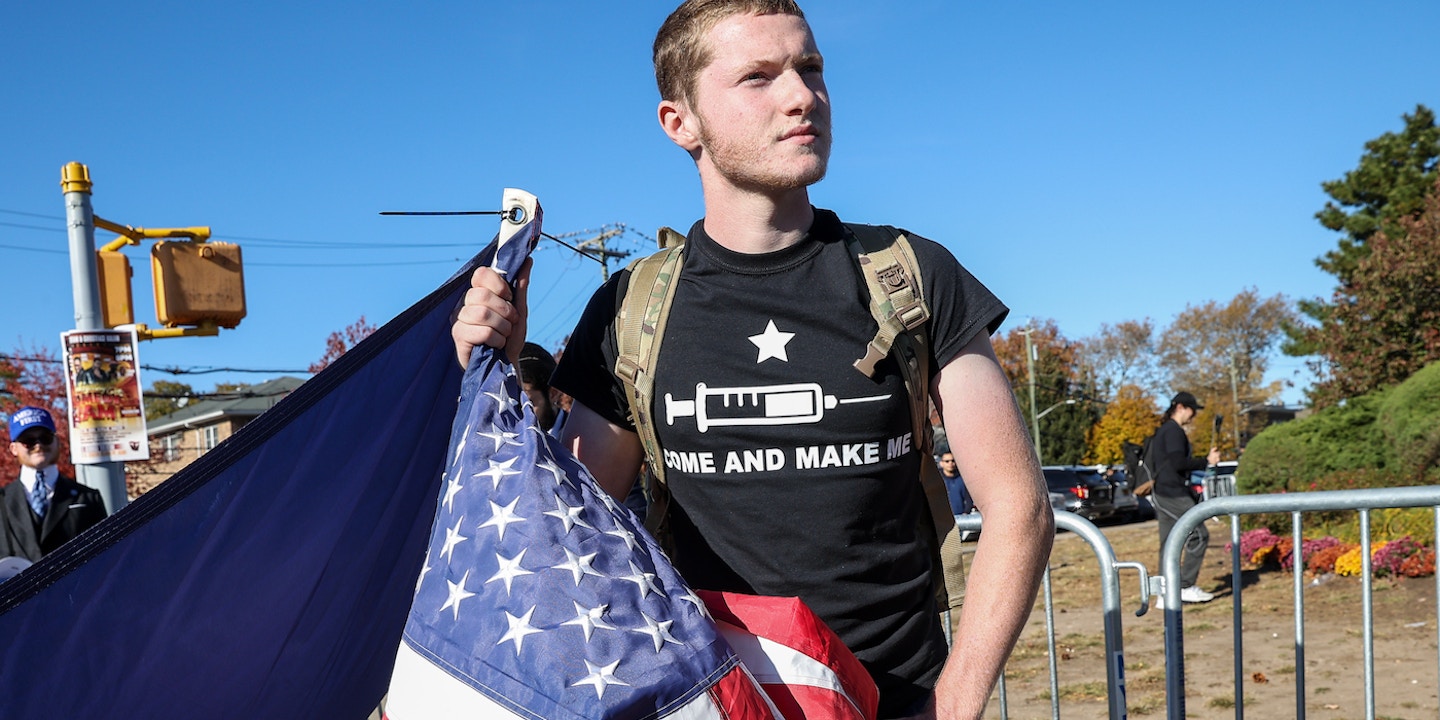 To a smattering of boos from his supporters, Donald Trump admitted on Sunday that he got a booster dose of a Covid-19 vaccine recently in private. That means the former president has declined three times in the past year to try to save the lives of his fans by having himself photographed as he got a shot of the vaccine.

NEW: During their show in Dallas, President Trump reveals to @BillOReilly he got the vaccine booster shot. pic.twitter.com/fhkOQEeeEQ

Having spent the final months of his presidency downplaying the risk posed by the coronavirus pandemic — even discouraging his supporters from wearing masks at the packed campaign rallies he addressed — Trump revealed in March that he had secretly received the first of two doses of the Pfizer-BioNTech vaccine before leaving office in January. He later acknowledged that he had gotten the second shot as well.

As president, Trump got his first shot behind closed doors at a time when other public officials were lining up to get vaccinated on live television, including his own vice president, Mike Pence, President-elect Joe Biden, and Vice President-elect Kamala Harris. In March, the other four living former presidents — Barack Obama, George W. Bush, Bill Clinton, and Jimmy Carter — were all photographed getting vaccinated along with their wives for a public service announcement urging Americans to get vaccinated.

The reason for Trump’s reluctance to take part in the campaign to convince Americans that the vaccines are safe and effective, rather than a conspiracy to implant them with microchips, is not hard to guess.

The former president, who is engaged in a yearlong effort to convince his diehard supporters to embrace a different conspiracy theory — that the 2020 election was stolen from him — is well aware that a sizable portion of his support comes from voters willing to believe that Covid-19 is a hoax and vaccination is all part of the plot.

Trump previously heard, and was cowed by, boos from this part of his fan base at a rally in August when he admitted that he had been vaccinated and very gingerly encouraged them to do so too.

“I believe totally in your freedoms, I do,” Trump told supporters in Cullman, Alabama, on Aug. 21. “But I recommend: Take the vaccines. I did it. It’s good. Take the vaccines.” When part of the crowd, primed by Trump’s own downplaying of Covid and months of anti-vaccine rhetoric from Republican politicians, jeered him, Trump quickly folded his effort to keep them alive. “No, that’s OK. That’s all right,” he told them. “You got your freedoms. But I happened to take the vaccine.”

On Sunday in Dallas, Trump only revealed that he had gotten a vaccine booster after Bill O’Reilly, the disgraced former Fox News host who was interviewing him for a paying crowd, seemed to accidentally put him on the spot. “Both the president and I are vaxxed and,” O’Reilly said, before stopping to ask Trump, “did you get the booster?” Trump hesitated briefly before saying, “Yes.”

When some in the largely unmasked crowd jeered that answer, Trump dismissed his anti-vaccine supporters as “a very tiny group.”

Moments earlier, Trump had complained that Republicans who spread doubts about the vaccines developed with his administration’s support were playing into the hands of his political opponents who, he claimed, did not give him enough credit.

Without those vaccines, Trump suggested, “I think this would’ve been the Spanish Flu of 1917,” mistakenly referring to the 1918 flu pandemic as something that happened in 1917, as he has dozens of times previously.

Trump sought to make up for the perceived slight to his pandemic response by suggesting that he, and the voters who put him in office, deserved all the credit — even for the Pfizer-BioNTech vaccine developed in Germany. “Take credit, because we saved tens of millions worldwide,” Trump said.

Steven Monacelli, who covered the event for Rolling Stone, reported that the crowd included followers of the anti-vaccine, QAnon influencer Michael Protzman, whose disciples have been in Dallas for two months, waiting for John F. Kennedy and his son, JFK Jr., to come back from the dead and reinstall Trump in the White House.