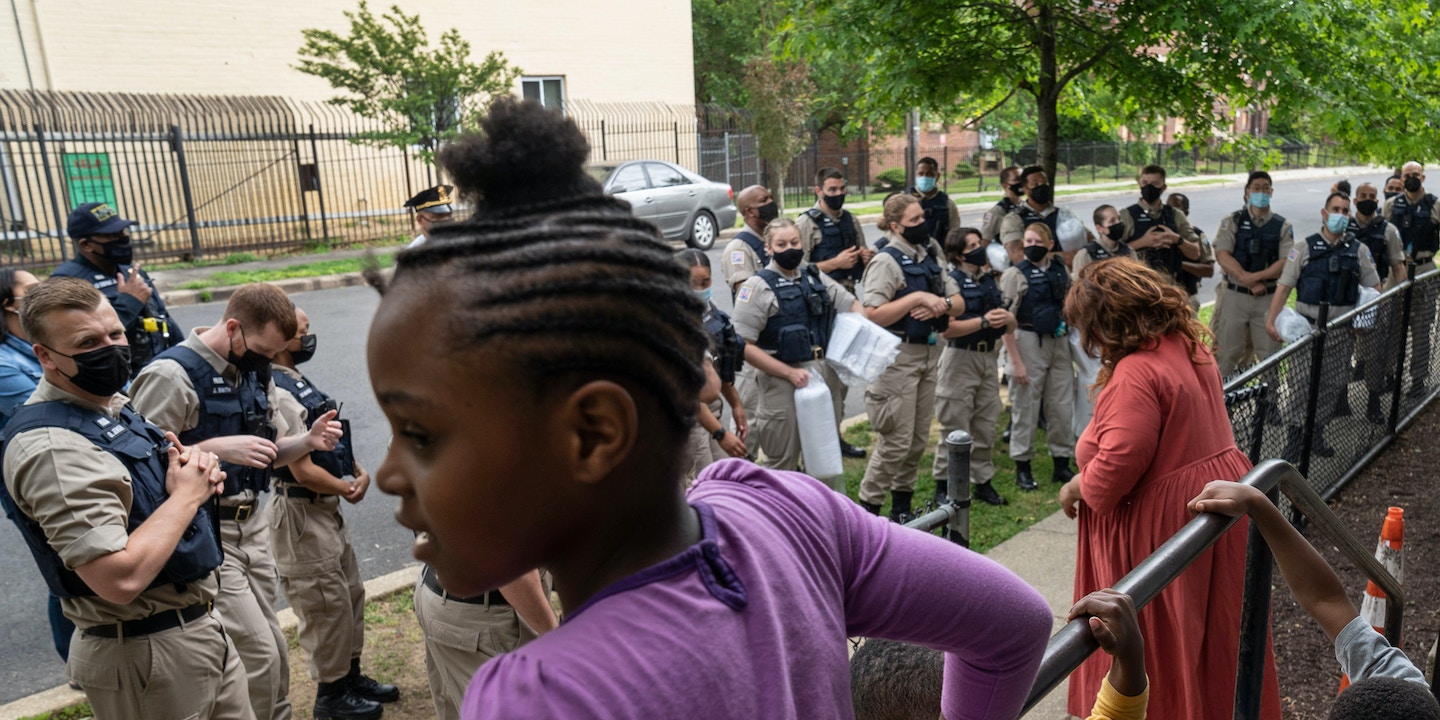 The Washington, D.C., Metropolitan Police Department’s gang database almost tripled in size over eight years, and nearly nine out of 10 entries with a race listed are Black people, who make up 46 percent of D.C.’s population, according to internal records obtained by The Intercept.

The records also include a breakdown of gang database entries by ZIP code, a partially redacted spreadsheet of the database, and an internal MPD slideshow. The documents and data show that the gang database contains increasing proportions of children and people with tenuous ties to groups the MPD has labeled as gangs.

The Public Defender Service for the District of Columbia received the records in two batches in response to a Freedom of Information Act request in July about the gang database. The PDS shared its findings with Defund MPD, a coalition of D.C. organizations formed during the 2020 police brutality protests, which shared the records with The Intercept.

Like many police departments, the MPD maintains an opaque list of suspected gang members, keeping the public in the dark about whom officers add to it. Details about the MPD’s gang tracking efforts first became public last summer, after the transparency collective Distributed Denial of Secrets published internal MPD Criminal Intelligence Branch documents that had been hacked by a ransomware group known as Babuk.

In June, The Intercept published an article based on those documents, revealing that the MPD’s database of supposed gang members is riddled with errors, employs nebulous criteria, and is used to justify aggressive policing of Black communities. The MPD did not respond to The Intercept’s emailed questions in June or for this article.

Reporting on the gang database comes amid a renewed push for police reform and accountability in D.C. The D.C. Council passed the district’s 2022 budget with an amendment phasing out the MPD’s school resource officer program and, citing The Intercept’s reporting, banning the MPD from using intelligence from those school cops to add students to the city’s gang database. Then, in November, D.C.’s Police Reform Commission announced that it will reconvene to evaluate MPD reform efforts, citing a need for more urgent progress and a host of recent MPD controversies, including the gang database revelations.

And on Monday, D.C. Councilmember Charles Allen, chair of the Judiciary and Public Safety Committee, sent a letter to MPD Chief Robert Contee with a list of questions about the gang database. The letter cites The Intercept’s reporting and includes requests for demographic breakdowns of the database’s entries, lists of law enforcement agencies that have used information from it, and information about gang database policies and practices.

Allen said he supports police efforts to gather intelligence “on the small number of people who are most likely to commit harm,” but noted that, without proper guardrails, gang databases can raise privacy and racial equity concerns. “Government shouldn’t be in the business of maintaining ballooning, vague, secretive lists of almost exclusively Black boys and men that can quickly lead to profiling and overpolicing.” The FOIA material and hacked documents show that the D.C. police gang database has expanded considerably since its inception in 2009.

According to spreadsheets found within the hacked documents, the number of people in the database nearly doubled between March 2013 and September 2016, from 1,343 to 2,575. And in a response to the FOIA request, the MPD said that, as of July 9, 2021, there were 3,779 entries in the database — a jump of another 47 percent over five years

However, the new material shows that additions to the gang database have slowed during the Covid-19 pandemic. According to the partially redacted spreadsheet of the database, the MPD validated at least 1,061 entries in 2019, while less than half of that — 513 — were last validated in 2020, and only 133 between January and mid-August 2021. In November, the MPD turned over additional records to the Public Defender Service showing that the department had removed over 250 entries more than it had added in the months following The Intercept’s June report, with the number of validated entries dropping to 3,513 as of October 29.

“Validation” is the process by which D.C. police confirm that someone they suspect of being in a gang is eligible for entry into the gang database — and its criteria are hazy. Officers can add someone to the database as a gang “member” if they have a “reasonable suspicion” that the person checks two of seven boxes, including “associating” with other validated gang members, being identified as a gang member by an “unproven informant,” and having been “arrested in a gang area for an offense that is part of the gang’s criminal enterprise.” Officers can forgo the two-criteria requirement if someone “credibly admits” to being in a gang — a workaround other departments have been shown to falsify or abuse — or if a “reliable informant” pegs them as a gang member.

The MPD also has a second, even looser category of person who can be entered into the gang database: the gang “associate,” whom officers can add if they have reasonable suspicion that they meet just one of the seven criteria.

According to the new material, the MPD has been using the gang associate workaround more often to add hundreds of people it wouldn’t otherwise be able to validate to the database. In the partially redacted spreadsheet, 1,278 entries, or 35 percent, are labeled as gang “associates” — up from 12 percent in March 2013, per the hacked documents. Some entries in the redacted spreadsheet are labeled as members or associates of multiple gangs; an entry from January 2018 had four associate gangs listed. As of July 2021, there were 143 “gang names” in the database, according to an MPD response to the FOIA request.

The new records also show that the MPD has added hundreds more children to the gang database in recent years. In the redacted spreadsheet, 671 entries are labeled as “juvenile” — meaning they were added to the database when they were minors — which is 19 percent of those for which the field was filled (4 percent of entries had that field left blank). That’s up from 10 percent in January 2014, when 178 of the gang database’s entries were added as minors — some when they were as young as 10 years old — per the hacked documents.

The new material also sheds additional light on the areas of D.C. that are most affected by gang policing. According to a spreadsheet of gang database entries broken down by entries’ ZIP codes, 42 percent are from neighborhoods east of the Anacostia River, whose wards contain only 22 percent of D.C.’s population and are some of the district’s poorest, most predominantly Black, and most heavily policed areas. Most of the other top ZIP codes for gang database entries are in predominantly Black and Latino areas elsewhere in the eastern half of the district.

As of late October 2021, about 5 percent of the more than 3,500 gang database entries didn’t have a race listed. Of the rest, 88 percent are listed as “Black/African American.”

“For so long, police in the district have surveilled, criminalized, and incarcerated people of color, particularly Black youth, in schools and out in the community,” said Miya Walker, policy and advocacy manager for Black Swan Academy, a programming and advocacy organization focused on Black youth in D.C. and part of the Defund MPD coalition. She called the new data “deeply disturbing, but unfortunately not surprising.” The internal MPD slideshow also offers further insight on whom the MPD focuses its gang policing efforts. A bullet point for “Crews/Mobs” asserts that the “majority of the [illegible] in the District of Columbia are loose knit and do not have initiation rituals, common colors or a structure.” (Some pages in the slideshow are illegible because of white text appearing over a white background. The MPD turned over a separate document to fill out the missing text for most but not all such slides.)

“While there are documented members of larger, nationally known gangs such as the Bloods and Crips in other parts of the country, they have not established themselves here in the District of Columbia,” the slideshow reads. Yet the slideshow goes on to dedicate a third of its slides to the Bloods and the Crips, of which the partially redacted spreadsheet labels only 14 people as members and three as associates. Another third of the slides is dedicated to “Latino gangs,” specifically the notorious MS-13, of which the spreadsheet labels 108 people as members and 43 as associates — more than a third of whom were added as minors.

Citing the recent revelations, Defund MPD organizations are calling on D.C. to shut the MPD’s gang database down.

“The MPD gang database is part of the larger systemic failure of our D.C. government, which treats Black people as threats to be disposed of rather than people to be invested in,” said Walker.

Allen, the councilmember, said that he wants to see the MPD’s response to his letter before taking further action, but he is “aware there are other jurisdictions that have considered legislation to balance law enforcement’s need to ensure accountability using intelligence gathering with privacy rights.” He added, “We should minimize opportunities for bias and human error to ruin lives and lead to unnecessary involvement in the criminal justice system.” 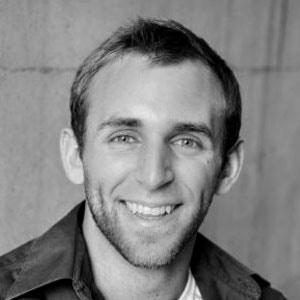