Contra a Billionaire Bro: Why We Should Care About China’s Rights Violations in Xinjiang

Even hypocritical criticisms exchanged by superpowers can do good. Over the last century, history shows that they have. 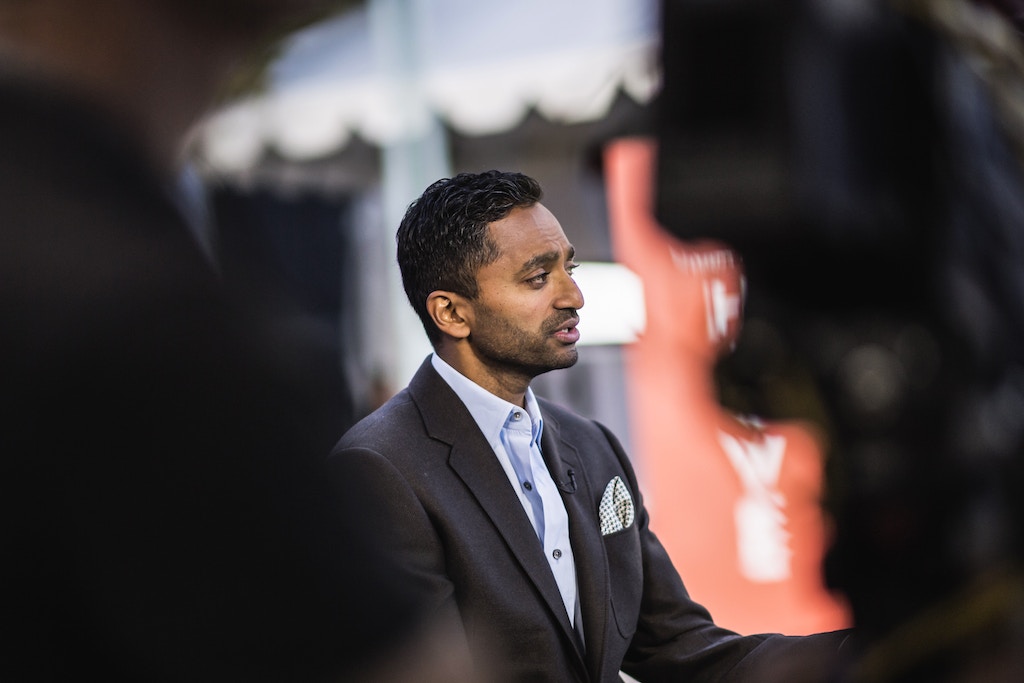 Chamath Palihapitiya speaks during a television interview in San Francisco on Oct. 19, 2016.

On Martin Luther King Jr. Day, a day that should inspire reflection on the importance of universal human rights, billionaire investor and part-owner of the NBA’s Golden State Warriors Chamath Palihapitiya went viral with his own eyebrow-raising take on the subject.

On his podcast, Palihapitiya leapt with both feet into a debate about corporate responses to human rights violations in countries where they do business, specifically about China, where human rights advocates have documented atrocities against Uyghurs, a minority ethnic group in the Xinjiang region.

Palihapitiya said he did not care about the Uyghurs’ predicament — and that this sentiment was broadly shared by elites who were simply unwilling to be as bold as him and just say it. “Let’s be honest, nobody cares about what’s happening to the Uyghurs, OK?” he told his visibly surprised co-host, Jason Calacanis, on their podcast over the weekend.

“Let’s be honest, nobody cares about what’s happening to the Uyghurs, OK?”

Palihapitiya proudly expressed his indifference at reports of rape and forced sterilization of Uyghur women. He dismissed Calacanis’s concern as moral “virtue signaling.”

“You bring it up because you really care, and I think that’s nice that you care. The rest of us don’t care,” Palihapitiya said. “I’m telling you a very hard, ugly truth. Of all the things that I care about, it is below my line.”

To defend his posture of uncaring, Palihapitiya turned his sights on Western countries’ own track record of human rights abuses, including wars of aggression and torture at domestic prisons. Concerns about foreign atrocities, like the furor over China and the Uyghurs, he said, have at times even served as a cover for military interventionist policies that have done even more harm.

It’s all true, as far as it goes: The West has its atrocities, many don’t care about China’s abuses, and those who do care risk having their concerns twisted into new rights violations of their own against the same populations they expressed concern about.

However, it’s worth stating plainly what Palihapitiya is talking about: creating a formal conspiracy of silence between countries, including in the corporate world, over atrocities like those taking place in Xinjiang. Is that a responsible position, let alone an admirable one?

The biggest defense Palihapitiya might be able to mount is that at least he’s not a hypocrite: Americans commit human rights abuses, so perhaps they have no right to shame others over them.

Yet even hypocritical criticisms exchanged by superpowers can do good. Over the last century, history shows that they have. 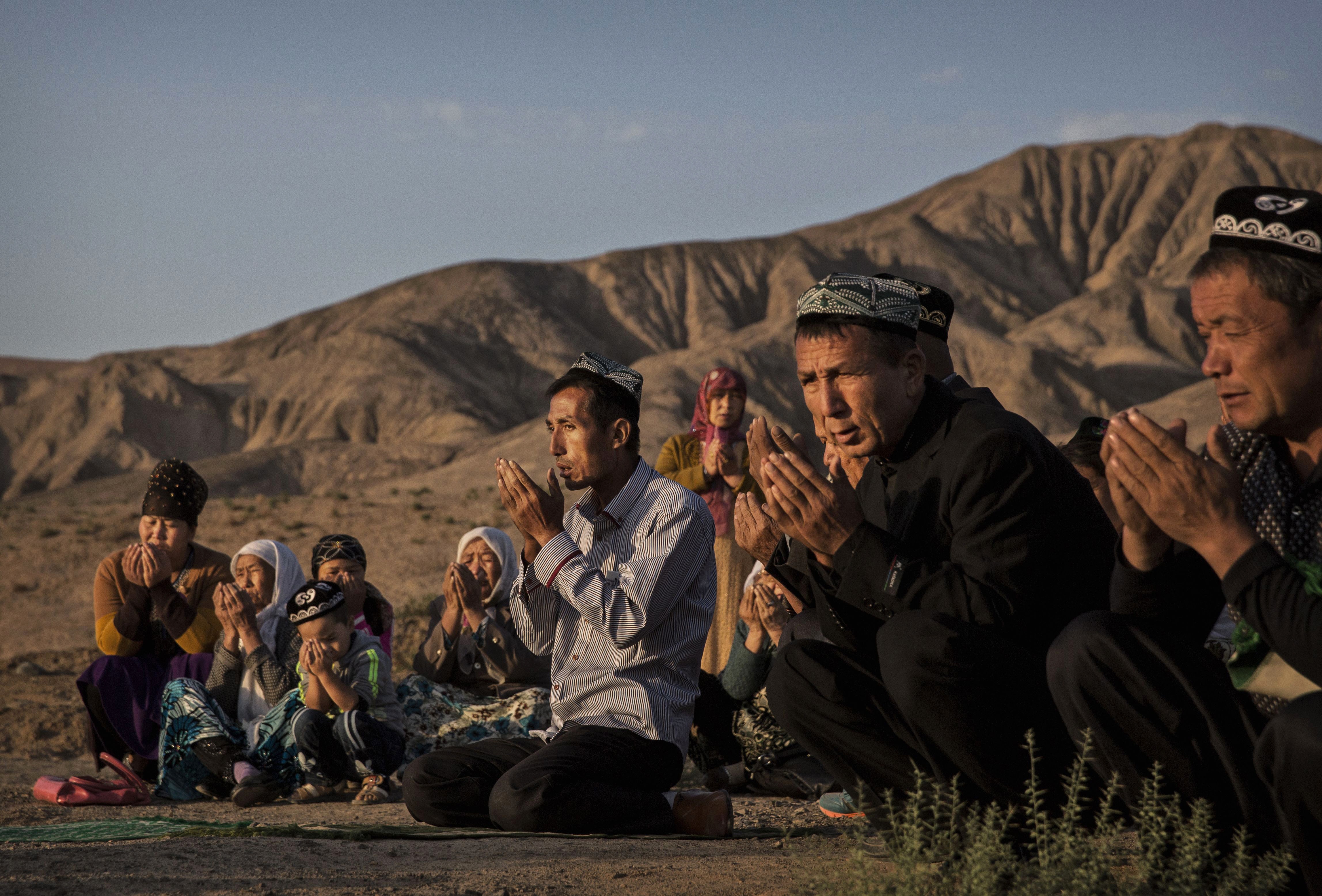 A Uyghur family prays at the grave of a loved one at a local shrine and cemetery in the western Xinjiang province, China, on Sept. 12, 2016.

During the Cold War, the U.S. and the Soviet Union engaged in serious ideological and public relations campaigns to shame each other over human rights abuses. In both cases, there were rewards to be reaped by ordinary people through the shaming.

The need to respond to Communist criticism of the treatment of Black Americans helped give more political heft to the fight to end Jim Crow laws — if for no other reason than that the racist system provided strong talking points to the U.S.’s Soviet rivals.

“Early on in the Cold War, there was a recognition that the U.S. couldn’t lead the world if it was seen as repressing people of color,” historian Mary Dudziak has said. President Harry Truman argued that civil rights would help the U.S. win global support during the Cold War and, accordingly, integrated the military.

Moving the other way, American pressure over the Soviet Union’s attacks on individual freedoms were also eventually felt in the Kremlin, where Soviet leaders, realizing global public opinion wouldn’t give domestic repression a pass, eventually had to defend themselves. Five years after the U.S. passed the Jackson–Vanik amendment, for instance, the Soviet Union had eased up restrictions on the emigration of Jews such that numbers began to hit record highs; the issue was far from resolved, but continuing progress was widely attributed to the U.S.’s public stances.

In that sense, the Cold War competition arguably had a positive side effect, even if it was a marginal one. Both superpowers were forced to compete at least in part on their human rights records. This was not because of any Damascene moral conversation by either government but because of the urgent need to dull the sting of their enemies’ criticism. Even if this shaming saved only a few people from lynching or the Gulag, it made a difference.

When it comes to the rivalry between the U.S. and China, Palihapitiya suggested embracing the “hard, ugly truth” that it is a frivolous “luxury belief” to say anything about human rights. Doing so, though, would take the heat off leaders in both countries.

In his podcast appearance, Palihapitiya claimed that, since corporations and foreign nations have not actually divested from China, their rhetorical stances account for nothing. That clearly is not how the Chinese Communist Party has interpreted such criticism: Officials have devoted considerable resources to trying to change public opinion over Xinjiang and repair their reputation amid a constant stream of negative press.

The global pressure also may have helped make a difference on the ground.

There are signs that China might be susceptible to international pressure. One recent report attributing a relatively lighter grip by Chinese security services over Xinjiang attributed the minor shift in part to foreign pressure, though that interpretation has been disputed. In another case, China most definitely took note of the pressure, though not by taking the desired actions: After a group of companies like Nike and H&M that manufacture apparel in China joined a coalition to denounce the treatment of Uyghurs, China made life difficult for the coalition members.

China has also recently gone on the offensive against the U.S.’s abysmal human rights record in the Middle East, signaling that the old Cold War dynamic of mutual human rights criticism, at least some of it constructive, may yet carry over to the U.S.-China competition. Police officers scuffle with protesters, in support of the repressed Uyghur community who live in Xinjiang in northwest China, in front of the Chinese Embassy in London on July 1, 2021.

After his unfortunate episode, Palihapitiya issued a terse statement on social media expressing apparent regret for the tone of his comments: “To be clear, my belief is that human rights matter, whether in China, the United States, or elsewhere,” he said. “Full stop.”

It would be a tragic mistake if other corporate leaders and political figures embraced something similar to Palihapitiya’s callous initial position.

The reconsideration was welcome: It would be a tragic mistake if other corporate leaders and political figures embraced something similar to his callous initial position.

Contrary to what Palihapitiya claimed in his podcast, a lot of people around the world have shown that they do in fact care about foreigners living in dire circumstances, such as the Uyghurs. They have raised their voices on the subject and made it an issue that the Chinese government feels it must respond to. If that helps even some innocent people escape oppression or defend their rights, that’s a good thing.

Criticism over human rights abuses can often be cynical or hypocritical, sure, but they are far preferable to a world in which even the concept of universal dignity is simply abandoned.