Biden hails the “over-the-horizon” raid that killed the ISIS leader, but similar U.S. tactics have failed to stop terror groups in Africa. 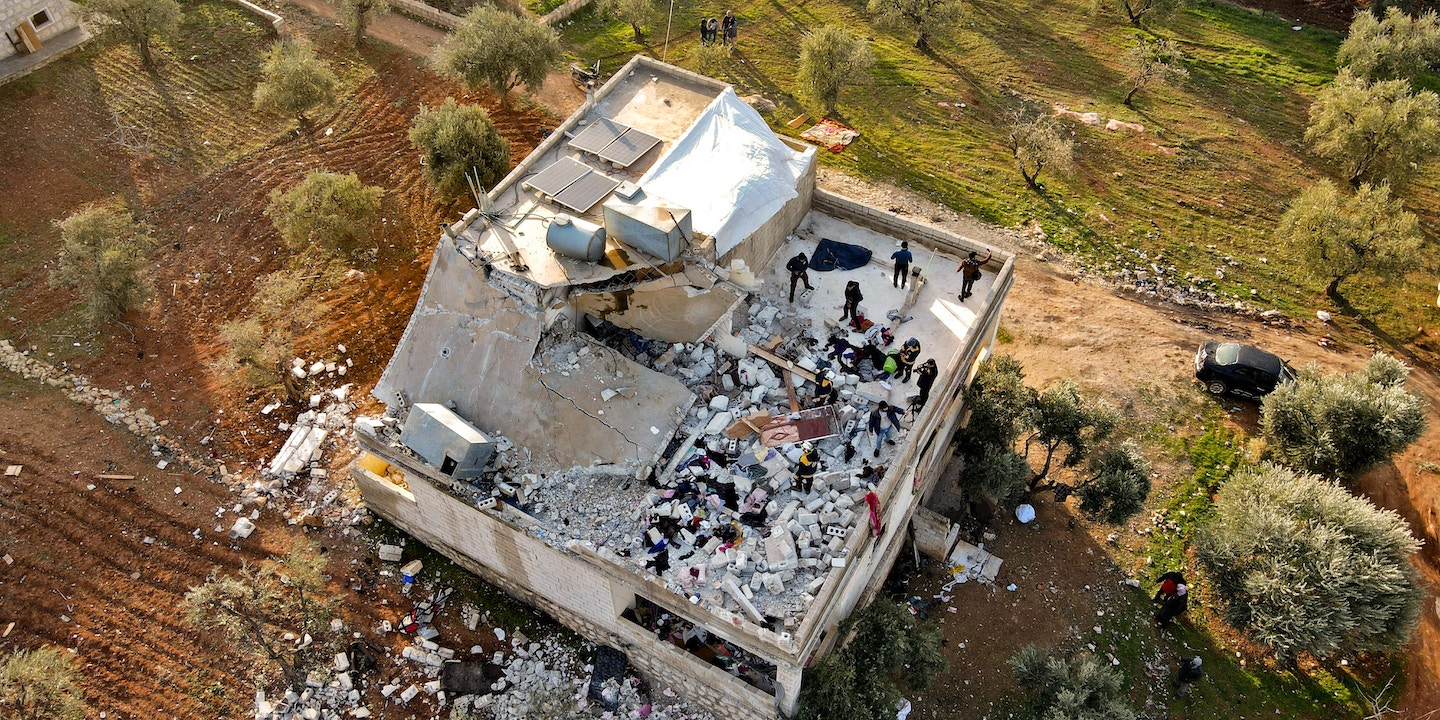 After the news broke that a U.S. raid in Syria ended with the death of the leader of the Islamic State, President Joe Biden made a case for his administration’s “over-the-horizon” warfare model. It’s a rebranding of the drone strikes and commando raids employed for the better part of 20 years in quasi-war zones like Somalia and Yemen — and basically a promise to hunt militants to the ends of the earth.

“This operation is testament to America’s reach and capability to take out terrorist threats no matter where they try to hide, anywhere in the world,” Biden announced after the raid by U.S. special operations forces on the home of ISIS leader Abu Ibrahim al-Hashimi al-Qurayshi. “I’m determined to protect the American people from terrorist threats, and I’ll take decisive action to protect this country.”

That “capability” has proved decidedly lacking, however, in an area of the world where ISIS is ascendant, as one of Biden’s top generals acknowledged this week. “Candidly, I’m personally not satisfied with our progress against violent extremists in Africa — and particularly East Africa and West Africa,” Gen. Stephen J. Townsend, the head of the U.S. military’s Africa Command, said in response to a question from The Intercept during a Thursday conference call with reporters. “I assess that violent extremism in those two regions continues to expand in geography, reach, and influence.”

Since the 2000s, the United States has regularly deployed small teams of commandos to advise, assist, and even accompany local forces into battle. The U.S. has provided weapons, equipment, and aircraft and offered many forms of counterterrorism training to partners all across the African continent, from Burkina Faso, Mali, and Niger in the West to Kenya and Somalia in the East. There are now, however, no fewer than seven ISIS affiliates threatening as many as 11 countries — Burkina Faso, Cameroon, Chad, the Democratic Republic of the Congo, Egypt, Libya, Mali, Mozambique, Niger, Nigeria, and Somalia — according to the State Department and the Pentagon. Add in Al Qaeda-affiliated and other radical groups and the total number of Islamist terrorist organizations on the continent is at least 18.

“In the southern part of Africa, we’ve seen the emergence of ISIS-Central Africa and ISIS-Mozambique, which is of concern,” said Townsend. Last year, militant Islamist groups carried out almost one attack per day (329 in total) in Mozambique’s Cabo Delgado province alone, according to a recent report by the Africa Center for Strategic Studies, a Pentagon research institution devoted to African security. Close to 1,100 people were killed in the violence. In the last two weeks, a surge of more than 20 attacks on four villages in Cabo Delgado displaced more than 14,000 people.

Elsewhere on the continent, the situation is even worse. The Sahel, where both Al Qaeda and ISIS-affiliated groups operate, saw attacks by militant Islamists jump last year from 1,180 to 2,005 — a 70 percent increase. “This continues an uninterrupted escalation of violence involving militant Islamist groups in the region since 2015,” the Africa Center noted in its report. “While having originated and still largely centered in Mali, the propensity of this violence has now shifted to Burkina Faso, which accounts for 58% of all events in the Sahel.”

This violence is also spreading southward toward previously stable states along the Gulf of Guinea, according to Townsend. “JNIM, which is an arm of Al Qaeda, and ISIS groups continue to expand, creeping toward the coastal states,” he said. “We’ve seen recent attacks in Benin, Togo, and Côte d’Ivoire. These attacks show this expansion that I’m concerned about.”

In his celebratory comments Thursday, Biden praised the “precision” raid in Syria, even as rescue workers said that women and children were among at least 13 people killed during the attack, in which the ISIS leader set off an explosion that killed himself and others, according to the Pentagon. Spokesperson John Kirby blamed civilian deaths on al-Qurayshi “and his lieutenants.” It’s not yet clear what really happened during the raid and how those civilians were killed; first reports from the U.S. government have proved unreliable in the past.

Biden boasted that U.S. forces “successfully removed a major terrorist threat to the world,” but the mission seemed little different from other high-profile post-9/11 raids. That includes the 2019 raid in which the previous ISIS leader, Abu Bakr al-Baghdadi, took his own life with a suicide vest and the 2011 targeted killing of Al Qaeda leader Osama bin Laden in Pakistan, as well as the killings of many other lieutenants and middling militants in U.S. commando raids and airstrikes across the Middle East and Africa. These tactical triumphs have been fleeting and ultimately of little strategic consequence to America’s larger war effort, partly because civilian casualties in those strikes have frequently been used by both Al Qaeda and ISIS to bolster recruitment.

Townsend, speaking shortly after news broke of the raid in Syria, acknowledged that U.S. military interventions needed to be paired with “good governance” for counterterrorism efforts to be effective. But the soldiers the U.S. trains in the Sahel keep overthrowing the governments that the U.S. is trying to prop up. Last month, a U.S.-trained officer overthrew the democratically elected president of Burkina Faso, the third coup in that country by an American protégé since 2014. In 2020 and 2021, another U.S.-trained officer twice overthrew the government of neighboring Mali.

On the other side of the continent in Somalia, America has waged a war of special operations missions and drone strikes for close to 20 years. In 254 declared U.S. raids and airstrikes in Somalia since 2007 — including at least nine attacks under the Biden administration — AFRICOM claims that just five civilians have been killed, but the U.K.-based airstrike monitoring group Airwars estimates that the actual number may be as high as 143. Meanwhile, there was a 17 percent increase in attacks by the Al Qaeda-linked al-Shabab last year over 2020 numbers, according to the Africa Center. The 2,072 violent incidents, in a country where ISIS also operates, represent a doubling of attacks since 2015. “In Somalia, al-Shabab is taking advantage of the political leadership there being distracted by a prolonged political crisis,” said Townsend, referencing delayed legislative and presidential elections. “While that’s going on, the pressure is off al-Shabab.”

In his remarks at the White House yesterday, Biden referenced “terrorist operations” by ISIS in Africa but touted America’s ability to “strengthen the security of our allies and partners around the world.” But the Africa Center tells a very different story, in which “security” is lacking for allies and partners all across the continent. “Overall, militant Islamist group violence in Africa climbed 10 percent in 2021 setting a record of over 5,500 reported events linked to these groups,” according to their recent report, which also estimated that 12,700 people were killed in the violence. Even Townsend echoed this: “I’m not satisfied with our progress,” he admitted. “I think there is work to be done.”