The cautious conservatism of “Excellent Henry” has activated countless users in the final days of the Texas primary. 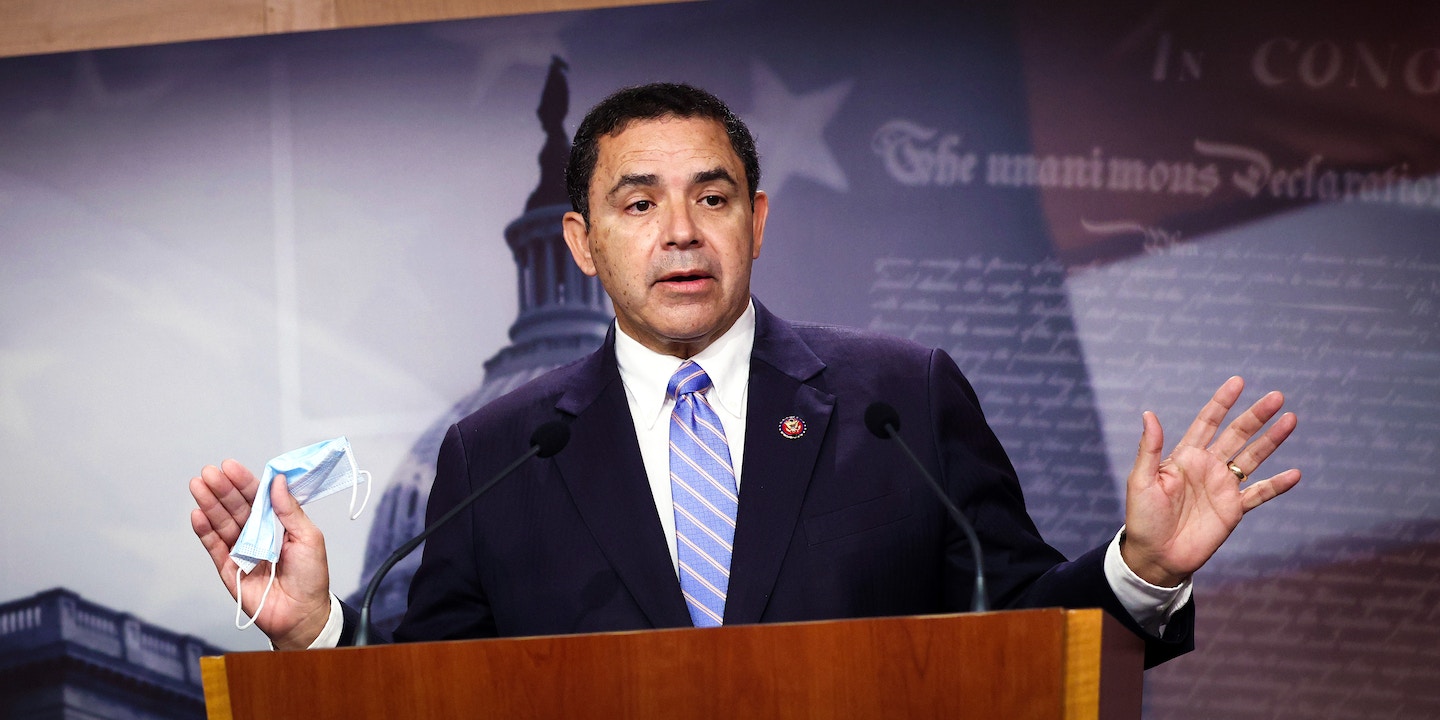 Embattled Texas Democratic Rep. Henry Cuellar has seen a surge in wildly enthusiastic online support in the weeks leading up to his March 1 primary election against insurgent Jessica Cisneros. The backing comes at a critical time and from a coveted set of voters: those who appear entirely new to politics — and, it seems, new even to planet Earth.

Inspiring the disaffected to engage in the political process has long been the holy grail of American politics, and it appears that Cuellar’s brand of cautious conservatism is just the thing to have activated countless online accounts in the final days of the race.

Just this month, for instance, a young woman named Elia isabela opened a Twitter account and began sharing her appreciation for Cuellar: “a pride, all my support and I hope he stays in the congress,” she said Monday, apparently so eager to post that she didn’t have time to consider her unusual grammar. Her dedication to Cuellar is so complete that her entire online activity consists of retweeting Cuellar and replying positively to his posts.

Isabela quickly found a community of Cuellar supporters; she follows 64 people and has six followers, and nearly all of them share her breathless enthusiasm. Take Selena stephani, who has exclusively posted messages praising the representative since opening an account in January: “thanks for always caring,” reads one; “hopefully achieve great things for texas,” says another. (Like the bulk of Cuellar’s newfound supporters, Stephani’s first name is capitalized but last is lowercased.)

A number of Cuellar’s groupies inundated a tweet from the Webb County Democratic Party announcing that early primary voting had begun Monday: “El futuro de Texas está en manos de Henry,” replied Gabrielle clark with two clapping emojis; “With Henry until the end,” wrote Jackie murphy with a strong arm; “The support with Henry is honest. He is a hardworking and prepared man,” said Lulú carey; “Henry is a great example!!! My vote is for he,” added Jhon macleod. All happened to join Twitter last month and exclusively engage with content about Cuellar or Cisneros.

Henry is a great example!!! My vote is for he

Cuellar hasn’t always been such a phenom on Twitter. Take his November 5 tweet announcing passage of the bipartisan infrastructure bill, which he had worked to break away from the larger Build Back Better Act. Absent was his swarm of supporters; instead, his followers took the opportunity to lambast him for undermining the broader package, to call him a “sellout,” or otherwise denigrate his legislative activity.

In recent weeks, some Cuellar supporters have also taken an interest in replying to tweets from or about Cisneros. “We Texans no longer believe we are a proposal on the air, you have no experience,” wrote Ángel berrera on Monday. “I’m not convinced by Jessica. She doesn’t have what it takes,” Jackie murphy replied to CNN the same day, when the outlet reported that Sen. Bernie Sanders, I-Vt., had endorsed Cisneros.

I'm not convinced by Jessica. She doesn't have what it takes

Lest these replies seem too general to be substantive, some of Cuellar’s vocal supporters are focused on the congressman’s key issues. In response to Cuellar’s tweet for Safer Internet Day, in which he joined Rep. Susan Wild, D-Pa., in calling on YouTube “to remove ‘How to Tie a Noose’ videos,” supporter Sasha hill wrote: “These are the important issues that we must prevent. Excellent Henry.” Regarding Cuellar’s support for an electric vehicle grid, fan Kelsy gray wrote: “Everything is to benefit our economy, excellent Henry! You have our support.”

These are the important issues that we must prevent. Excellent Henry

It’s fortunate for Cuellar to have won over such committed backers so late in the game, especially after an FBI raid of his home and campaign office in January, tied to an ongoing investigation into Azerbaijani influence peddling, led to a drop in the polls. Many of the rest of the replies to his posts — coming from accounts that have been active much longer and have more diverse interests than just Cuellar — are criticisms of his anti-abortion stance, references to the federal investigation, or calls of support for Cisneros.

But oddly enough, none of the new accounts seem to actually follow their hero.

As with any new social movement, spoilsports and detractors have arisen. Twitter user David Morrison, in response to one of Isabela’s praise-filled posts, had the audacity to question its authenticity.

“Another paid for Cuellar bot? Same exact Cuellar tweets as the others. Is the FBI following the money?” he wondered.

Cuellar’s press secretary didn’t respond to a request for comment. For the hopeful new clan of Cuellar backers, the March 1 primary looms large. “The best is yet to come,” promised Cuellar acolyte Maggie evans.