The triple assassination recalled the darkest days of the Second Intifada — and Israel’s impunity to commit violence. Palestinians were shocked last week by a brazen midday Israeli military assault that employed tactics not seen in the West Bank in over 15 years. Human rights advocates said the Israeli killings of three Palestinian men constituted brutal and coordinated assassinations.

The ambush targeted three fighters belonging to the Al-Aqsa Martyrs Brigade, a militant group, who were wanted for allegedly shooting at members of the Israeli army and settlers in recent weeks, though no specifics were offered. The men were driving through Nablus’s winding streets when Israeli security forces in cars with Palestinian license plates shot Ashraf al-Mabsalt, Adham Mabrouka, and Muhammad al-Dakhil dead, leaving local residents to deal with the gruesome fallout of the assault.

Israeli security forces claimed that the killings, carried out by the Border Police’s National Counter-Terrorism Unit, known colloquially as Yamam, were intended as an arrest raid and that the officers fired in self-defense. A joint Intercept, Local Call, and +972 Magazine investigation, however, points to a planned assassination in an area under Palestinian Authority control, a widely condemned tactic.

For Shawan Jabarin, the general director of Al-Haq, a West Bank-based Palestinian human rights group, the killings amount to war crimes. Al-Haq — which was recently labeled a terror group by the Israeli government, an attempt, the group says, to halt its probes — collected witness testimonials from the scene of the Nablus shooting.

“It’s an extrajudicial execution,” said Jabarin. He said his group had found no evidence that the Palestinian fighters ever fired or attempted to fire a shot: “The three persons were known by the Israelis, and they came merely to kill them.”

The killings conjured bitter memories of the extrajudicial assassinations that marked the darkest days of the Second Intifada, the Palestinian uprising of 2000 to 2005, and the attendant Israeli reprisals. Across Palestinian society, a level of outrage not seen in recent months spurred a one-day general strike and checkpoint riots across the West Bank.

The families of those killed said the carnage was the horrific realization of threats made against them in recent months by Israel’s internal security service, the Shin Bet.

“It’s an extrajudicial execution. The three persons were known by the Israelis, and they came merely to kill them.”

Raed al-Dakhil, 51, Muhammad al-Dakhil father, recalled during his son’s funeral that one Shin Bet officer had called the family over a dozen times, issuing threats that culminated in a promise that Muhammad would be executed.

“The last [call] was two months ago,” said al-Dakhil. “He said they would send the Yamam unit to assassinate my son.” (The Shin Bet did not reply to requests for comment about its phone calls to family members of the fighters.)

Adham Mabrouka’s brother, Ahmad, described a similar experience of escalating threats from the Shin Bet in the runup to the killing. “When I met them face to face,” he said of the Israeli security officers, “they threatened to harm the family and raid [our] house.” By the last of what Ahmad Mabrouka said were at least 11 phone calls, a Shin Bet officer said that Adham would be executed.

“They said if he didn’t hand himself over, it will get to the level of assassination, and mentioned the Yamam unit,” recalled Mabrouka. “I realized he was going to die, but not in that way. He has 35 bullets in his body.” Palestinians burn tires in a protest following the assassination of Ashraf al-Mabsalt, Adham Mabrouka, and Muhammad al-Dakhil in Ramallah, West Bank, on Feb. 9, 2022.

Evidence on the Scene

A video, witness testimonies, and evidence collected by The Intercept, Local Call, and +972 at the scene all point to an attack by Israeli security forces against the carload of Palestinians.

The video, released Monday, shows a yellow Palestinian taxi on a hillside road cutting off the fighters in their silver Fiat. Another Palestinian-plated van carrying Israeli officers then swings around behind the Fiat to prevent the driver from reversing. A barrage of bullets from the taxi’s direction then destroys the Fiat’s windshield. After about 10 seconds, Israeli security officers exit from the van and from the taxi; some of the officers open fire at the driver’s side of the Fiat as others stand guard behind them.

Both vehicles carrying Israeli security forces came down a hill that intersected with the road where the attack was launched.

On the scene, bullet holes pockmarking the apartment building doors on the far side of the road and signposts down the street all appeared to come from the Israeli positions — the locations of the Israelis’ vehicles and where the officers stood around them. There are no apparent bullet holes or fragments next to or behind the Border Police officers’ locations in the video and no shell casings from around where the Fiat had been — indicating that the Israeli officers were not fired upon.

A spokesperson for Israel’s Border Police confirmed that no shots were ever fired toward Israeli forces but said that the Palestinians “were armed with loaded guns and about to open fire.”

“I told my wife and my children not to go out and do not come near the windows.”

According to two witnesses who declined to be identified due to fear of reprisal, it all started with a long burst of steady and consistent gunfire.

“I returned home from work. I heard gunshots. Not one or two separate [shots],” said a man who lives by the scene of the attack. He described a strong and continuous blast of automatic gunfire: “I told my wife and my children not to go out and do not come near the windows.”

A woman whose apartment overlooks the scene of the killing said, “I heard the shots and went to the window to see what happened. I was very frightened. The car was riddled with bullets.”

The testimonies collected by Al-Haq include one from an eyewitness who saw the assault from beginning to end. The account corroborates what appears to be happening in the video: They describe Israeli officers opening fire on the Fiat from the taxi’s open door before even leaving the vehicle. The Israeli officers then got out and kept firing live rounds at the car in a second blast of gunfire. While the 92-second video stops before the officers approach the Fiat, Al-Haq’s witnesses said the Israelis then opened the door and shot inside to “confirm” the kills. Israeli forces intervene during a protest, following the assassination of three Palestinians in Nablus, on Feb. 9, 2022 in Hebron, West Bank.

The assertion by Palestinians that the killings were planned assassinations was corroborated by Ilan Paz, a former head of the Civil Administration, the arm of the Israeli military that governs the 2.8 million Palestinians living in the West Bank.

Paz said he believes that the clear goal of the operation was to kill the three Palestinians. “I do not think they told [the Yamam officers] to arrest them, and if things get dicey, they would be assassinated instead,” Paz told The Intercept, Local Call, and +972. “My assumption is they planned for an assassination.”

According to Paz, targeted assassinations must receive approval from highest echelons of the security establishment, including the defense minister. (Defense Minister Benny Gantz’s office did not respond to a request for comment.)

Paz said, however, that it is unclear whether the security forces are officially reinstating extrajudicial killings as a policy in the West Bank. He does not think the Nablus killing arose from “a strategic decision of going in new, more aggressive directions. He said, of the assassination, “That does not necessarily mean that there is a new policy — it is an assessment of risks and opportunities.”

“They assume they can be judge, jury, and executioner.”

During the Second Intifada, when Palestinians launched an armed uprising against the occupation, Israeli security forces regularly carried out assassinations throughout the West Bank and Gaza. The so-called targeted killings have continued in the Gaza Strip, against fighters from the Palestinian militant groups Hamas and Islamic Jihad, but Israel refrained from such overt attacks in the West Bank. Groups aligned with Fatah, the secular Palestinian movement that rules the West Bank, have in particular been spared, including the Al-Aqsa Martyrs Brigade, which Israel considers a terrorist organization.

For Hanan Ashrawi, a former Palestinian Authority Cabinet minister and a member of the Palestine Liberation Organization’s Executive Committee, attacks like the one in Nablus are designed to flaunt Israeli impunity.

“They assume they can be judge, jury, and executioner,” she said. “They are creating another a situation of instability and anger, but also anger at the [Palestinian] leadership that thinks security coordination must proceed while Israel continues to shoot and kill Palestinians at will.”

Hours later, under pressure, Abbas declared an end to Israeli-Palestinian Authority security coordination — a move that has been announced multiple times over the last several years but never acted on. According an officer in the Palestinian security forces, who requested anonymity because they were not authorized to speak and feared reprisal, there was no subsequent order to stop the coordination, despite the president’s statement. The official, with a chuckle, said, “It was just another statement by politicians.”

Correction: February 16, 2022
This story has been updated to reflect the correct spelling of the al-Dakhil family name. 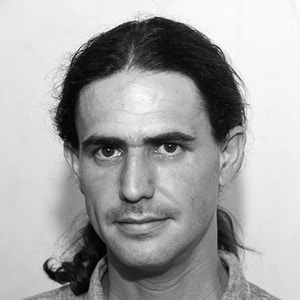