Canadian Conservative Denied Giving to “Freedom Convoy,” but His Name Was on Donor List

An analysis of hacked data shows that someone using the name Richard Ciano did, in fact, donate to the “Freedom Convoy.” 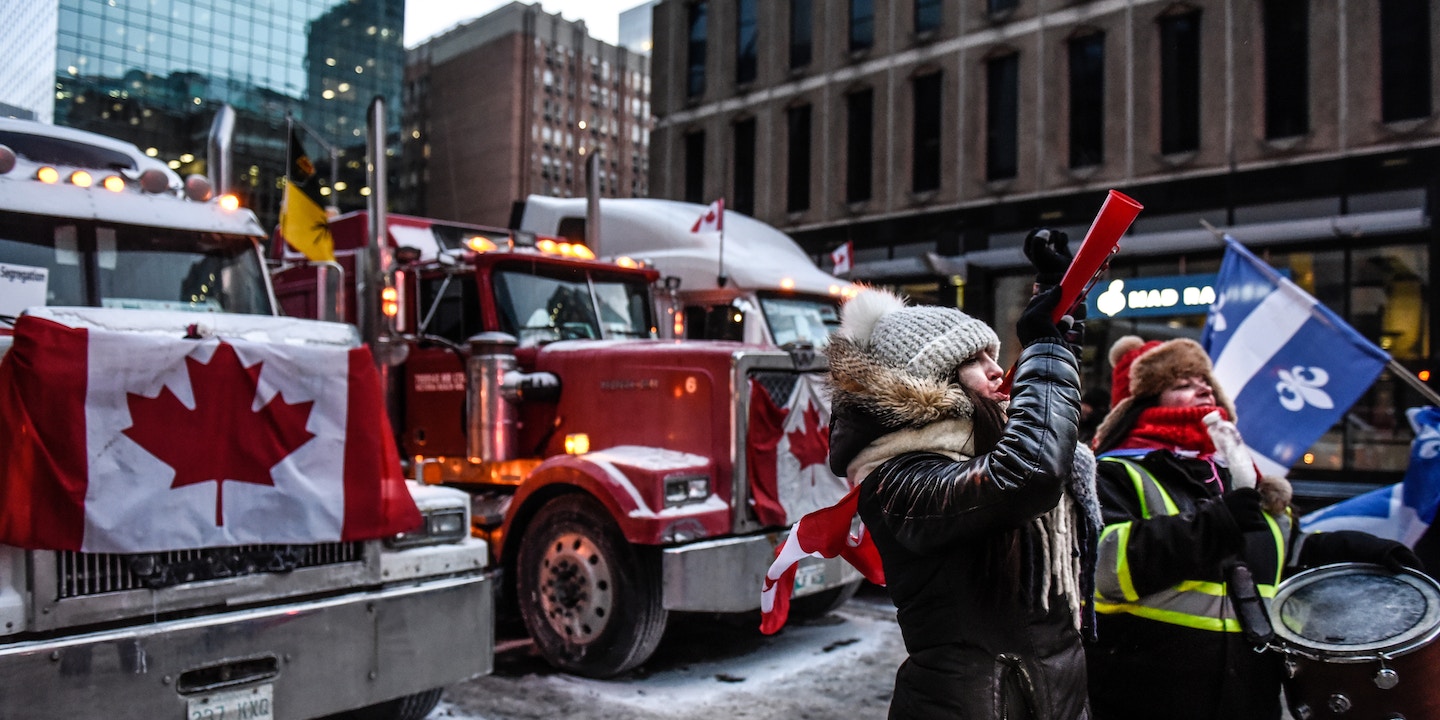 Data from a site used to collect money for Canada’s “Freedom Convoy” protest movement against public health measures contains an entry listing a “Richard Ciano” as a donor to the group. The donation list is part of a larger set of hacked data from the Christian crowdfunding site GiveSendGo.

Richard Ciano, a prominent member of Canada’s conservative political circles, denied that he made this $100 donation, both to the Toronto Star and to the Global News. “I did not make any contributions whatsoever to the trucker convoy. I don’t know why or how my name appears on that list,” Ciano said.

Hacked list may be inaccurate. Former PC president Richard Ciano tells the ?@TorontoStar?: “I did not make any contributions whatsoever to the trucker convoy. I don't know why or how my name appears on that list.”#onpoli pic.twitter.com/3aimHFdGnK

It appears that Ciano’s denial was false. An analysis of the hacked data from GiveSendGo shows that someone using the name Richard Ciano did, in fact, donate to the “Freedom Convoy.” The information in the donor listing matches information from other sources, such as Toronto public records, tied to Ciano. (Ciano did not immediately respond to a request for comment.)

Ciano is the former president of the Ontario chapter of the Progressive Conservative Party. He also runs the political strategy firm Campaign Research Inc., which the party uses for polling.

Evidence in the Data

The GiveSendGo data shows that on February 6, someone made a $100 donation, with a $5 tip, to GiveSendGo’s “Freedom Convoy 2022” campaign using an American Express credit card. The donor marked the gift as “anonymous” but entered the name “Richard Ciano” in the form. The donation listing uses Ciano’s email address at campaignresearch.ca, which is the website of his firm.

The donation record also lists a Canadian postal code as well as a unique identifier that represents a specific credit card charge associated with Stripe, the company that processes credit card payments for GiveSendGo.

The hacked data not only includes lists of GiveSendGo donors but also a separate database containing a wealth of detailed information about all Stripe transactions. By looking up the unique identifier from the donor rolls, it’s clear that Stripe successfully processed that transaction using the name “Richard Ciano” and the same postal code as the donor database.

The Stripe data also includes a link to the receipt for this transaction for $105 — $100 for the “Freedom Convoy” and an additional $5 for GiveSendGo. The receipt says, “Receipt from Jacob Wells.” Wells co-founded GiveSendGo. Screenshot of the Stripe receipt for the transaction.

The postal code attached to the GiveSendGo donation to the “Freedom Convoy” is also tied to Ciano in several ways.

Unlike American ZIP codes, Canadian postal codes are extremely specific. The postal code listed on the Ciano donation can be mapped to a single city block in Toronto. Since the Stripe transaction successfully went through, whatever credit card was used to do the transaction was associated with the postal code in the donor rolls.

The city of Toronto runs a website on which the public can search for donations to municipal political campaigns. A search of donations made during the 2018 municipal elections for the postal code from GiveSendGo lists two donations from Ciano.

Either someone else who shares the same name as Richard Ciano, has a billing address on the same Toronto city block as him, and uses his email address donated to the “Freedom Convoy” — or Ciano’s denial about the donation was false.

The “Freedom Convoy” is the second donation to a GiveSendGo campaign from Ciano. The first donation, on December 23 for $50, was in support of Dr. Peter McCullough, a cardiologist from Dallas who was fired from Baylor University Medical Center for spreading misinformation about Covid-19 vaccines.

McCullough has repeatedly lied about Covid-19 vaccines. “With all due respect, none of McCullough’s ideas have been supported by any randomized, double-blind, controlled clinical trials,” Dr. Anuj Malik, an infectious disease physician, told the Bartlesville Examiner-Enterprise, an Oklahoma news outlet, in an interview about McCullough.

The GiveSendGo listing for the Ciano donation to McCullough used a different credit card than the one used for the December donation — a Visa instead of an American Express — but both donations were successfully processed by Stripe using the same postal code. The GiveSendGo data also shows that the Campaign Research email address was subscribed to the crowdfunding site’s email list twice: once in December after the McCullough donation and again this month after his “Freedom Convoy 2022″ donation.