Michigan Rep. Andy Levin has lived in the newly drawn 11th District for most of his life. Stevens moved there in November. 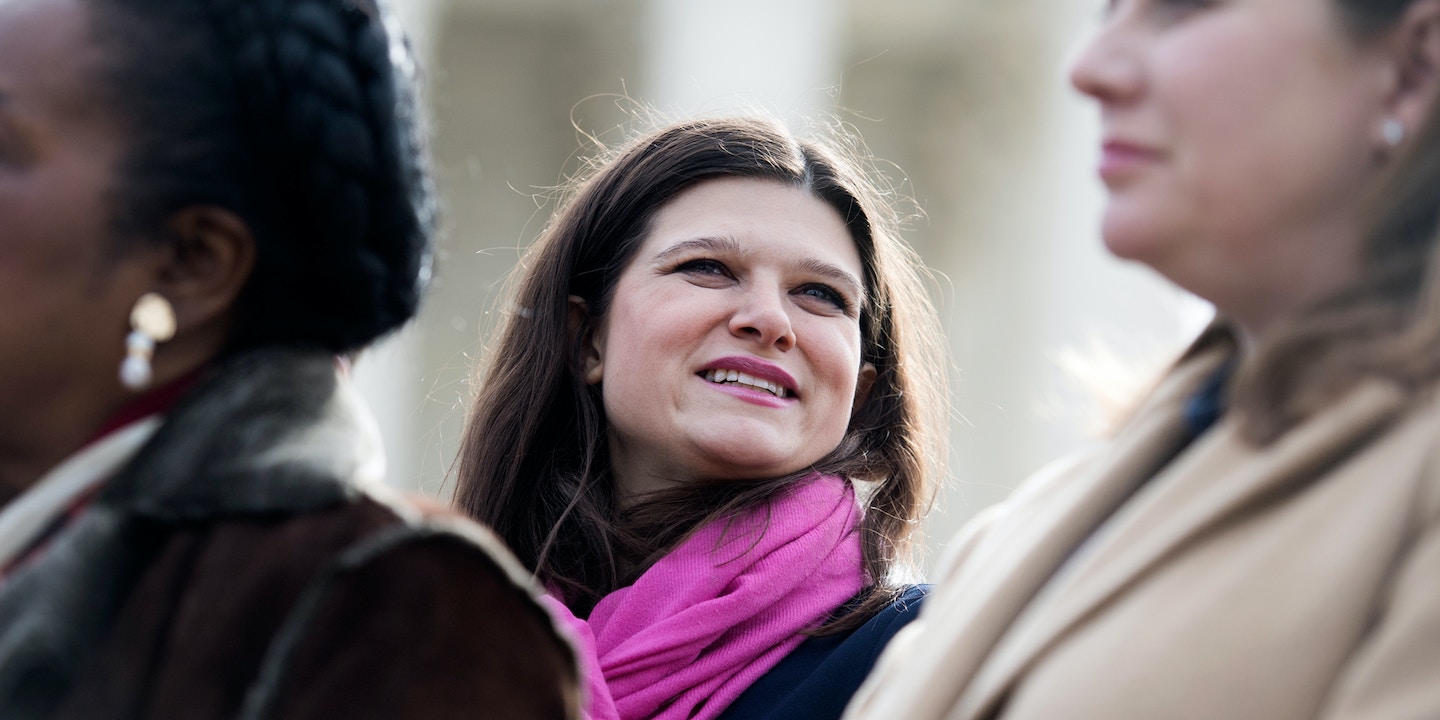 While allies of Rep. Haley Stevens are attacking her opponent in the upcoming Michigan Democratic primary as a carpetbagger, property records show that Stevens appears to have made a strategic home purchase just weeks after new congressional district maps were proposed in order to land herself in her current district.

One such attack on her opponent, Rep. Andy Levin, had a coordinated feel to it: An article in Politico last week was built around several members of Congress questioning why Levin, who is facing Stevens in a rep-on-rep primary after Michigan redistricting, is running in the newly drawn 11th District, rather than the 10th, which contains some of his former constituents. Rep. Ann Kuster, D-N.H., who has endorsed Stevens, accused Levin of refusing to “work hard” and “roll up [his] sleeves” by declining to run in the 10th — which, after redistricting, now leans red.

Unmentioned by Politico is that while Levin has lived in what is now the 11th for decades, Stevens put in an offer on a house in the district in the fall, just weeks after draft congressional maps were released. Until November, Stevens lived in Rochester Hills, a community that now rests in the newly drawn 10th District — the same district her allies claim Levin should be running to represent.

Knocking Levin as a carpetbagger in Michigan is unlikely to land, when instead the opposite charge might hit harder: He is part of a local political dynasty in a populist era hostile to such power arrangements. His father, Sandy Levin, served in the House for nearly three decades, and his uncle, Carl Levin, long represented Michigan in the U.S. Senate.

The dynamics of the 11th District primary are rare, given how uncommon it is for incumbents of the same party to face off in a primary. While the members have similar voting records, Levin is a staunch liberal who touts national union support and endorsed Sen. Elizabeth Warren, D-Mass., for president in the 2020 primary. Stevens is a swing-district Democrat who endorsed Michael Bloomberg in 2020 and has aligned herself with conservative foreign policy groups who continue to attack former President Barack Obama’s signature foreign policy achievement, the Iran nuclear deal.

Levin has long supported key progressive planks like Medicare for All and the Green New Deal, while Stevens has distanced herself from those policies. Stevens is a member of the moderate New Democrat Coalition, while Levin serves as deputy whip of the Congressional Progressive Caucus. Stevens’s campaign has downplayed the ideological gap between the two candidates, but the outcome of this primary will demonstrate the power of conservative and progressive interest groups hoping to defend incumbents they support.

The map that was ultimately adopted, which was dubbed “Chestnut” by the Michigan Independent Citizens Redistricting Commission, was widely seen as the likely eventual map among political insiders at the time Stevens purchased her new home in late November. And the map that Levin and Stevens both advocated for, “Birch,” also put Stevens’s new home in the 11th and old home in the 10th.

In an admirably candid conversation with The Intercept, Stevens’s communications director, Larkin Parker, did not dispute that Michigan political operatives expected the Chestnut map to be adopted at the time of Stevens’s home purchase, but pointed to Stevens’s marriage in September to explain her relocation to the 11th Congressional District.

She declined to comment on whether Stevens believes that it is ethical for members of Congress to run in districts where they do not reside, saying only that it is “a personal choice.” Michigan law does not require that congressional candidates live in the districts they represent, but it is common practice for members to do so, lest they be accused of having no real stake in that district’s welfare.

“Michigan has lost at least one Congressional seat after every Census going back to the 1970s, causing members to move, retire and sometimes placing two incumbents in an unfortunate head to head primary,” Stevens’s campaign manager, Jeremy Levinson, said in a statement provided to The Intercept. “Both candidates had to make the decision they thought was best for their constituents and families. This is not the outcome of redistricting that Rep. Stevens had hoped for.” Levin declined to provide a comment to The Intercept.

Stevens and Levin announced their intentions to run for the newly drawn 11th District on December 28, within minutes of each other. In the months since, Stevens has expressed “surprise” over Levin’s decision and has claimed that he is “abandoning” his constituents. Levin has regularly touted his family’s long history in the district when commenting on the subject. In an interview for Politico’s story, Levin said, “I’m running where I live, and I’m very happy about that decision, no regrets.”

Before the maps were settled, Stevens was gearing up for a possible primary against Levin. In early November, before Stevens’s move to Waterford, Michigan, from nearby Rochester Hills, she paid for research from well-known opposition research firm Spiros Consulting, despite the district’s safe Democratic lean and the lack of an obvious GOP opponent. Levin’s campaign also paid for polling in early November, suggesting that both campaigns were actively strategizing for an 11th District run after the draft congressional maps were released.

In her interview with The Intercept, Parker, Stevens’s communications director, rejected characterizations of the race as a progressive-versus-moderate affair. She pointed to Stevens’s former status as a front-liner in a tough district to explain why her past positions have at times been more conservative than Levin’s.

Levin, who has described himself as an active member of the 11th District’s Jewish community, has been a strong supporter of President Joe Biden’s efforts to rejoin the Iran nuclear deal. Stevens, on the other hand, has repeatedly criticized Biden’s efforts and has allied herself closely with the American Israel Public Affairs Committee, which has continued to hammer the administration over diplomatic efforts that have drawn criticism from conservative Israelis. Stevens is also drawing support from Democratic Majority for Israel, a hawkish pro-Israel group with a history of supporting moderate candidates in their primaries against progressive Democrats.

While an internal poll by the Stevens campaign, conducted in late January, put her comfortably ahead, more recent public polling has shown a dead heat. In that public poll and in Levin’s internal numbers, which also show a tied race, Levin is over-performing among women and people of color, while Stevens draws disproportionate support from white men.

“This is not about numbers,” Parker said when asked about the role of polling in determining where Stevens would run. “This is about two members who had to make personal decisions for their families.” She emphasized how challenging it was for Stevens to search for a new home and recounted the struggles Stevens faced while house hunting last fall, given the threats and violence that members of Congress are regularly subjected to in the modern era. She contrasted Stevens’s recent move with the convenience Levin experienced in choosing to run in a district where he’s lived for years.

“Mr. Levin’s lived in the same place forever. I mean, he’s never had the experience of having to try to find a new home coming in as a member of Congress,” she said. “Now we’re facing stories like this, which is really fucking unfortunate. But here we are.”

Correction: April 8, 2022, 12:50 p.m. ET
The internal poll by the Stevens campaign was run in January, after the maps were settled, and not in December as the story previously stated.