As Screws Tighten on Russia, a Warning About Civilian Harm of Sanctions

From Yemen to Cuba, sanctions have destroyed the lives of ordinary people as punishment for decisions made by their authoritarian rulers. 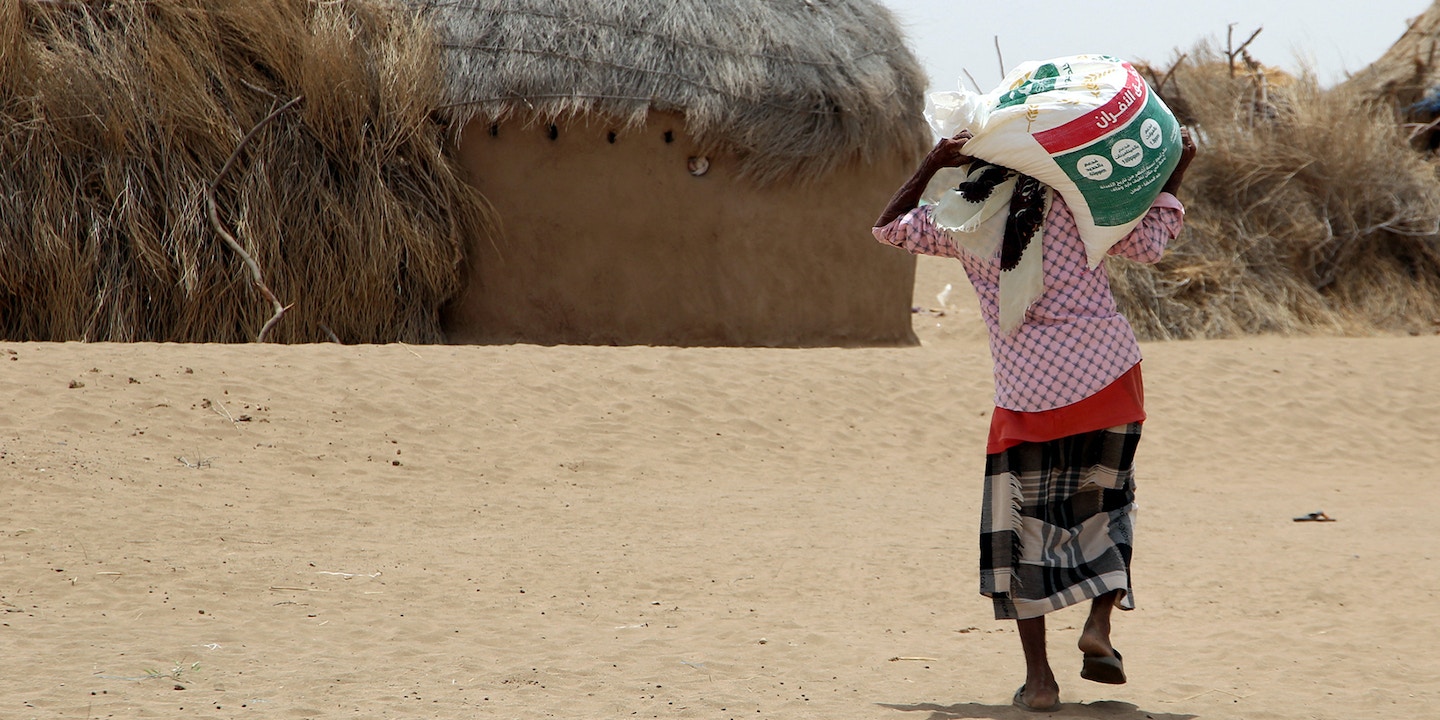 When Russian President Vladimir Putin ordered the invasion of Ukraine earlier this year, he didn’t seek a democratic mandate. Russia has an authoritarian regime, in which one man and his lieutenants run the show. The diverse views of over 140 million citizens of the Russian Federation — spanning a huge number of ethnicities and languages, not to mention geography — mean little when it comes to foreign policy choices.

Yet when Russian tanks began rolling into Ukraine, the U.S. and its European allies turned to a familiar weapon, one that indiscriminately targets all Russian citizens rather than just those responsible for the crimes we are seeing today: broad-based economic sanctions.

In recent years, sanctions have become a favored tool of U.S. policymakers, used as a modern form of siege warfare but with lower domestic political costs than sending U.S. troops abroad. In addition to sanctions targeting oligarchs and the Russian high-tech and defense sectors, the U.S. and its allies have gone for the jugular by attempting to tank the entire Russian economy.

Russia is staying afloat for now, thanks to continuing sales of its natural gas reserves, but the stories of a handful of other countries hold a cautionary tale for the West about the potential human costs of sanctions to ordinary citizens.

A public letter from a coalition of advocacy groups today called on the Biden administration to revisit its use of economic sanctions and deliver on its promise to reform this area of foreign policymaking. The letter pointed to countries like Iran, Yemen, Afghanistan, and Venezuela that are suffering economic collapse and even famine under the pressure of sanctions and blockades by the U.S. and its allies.

“Many policymakers view sanctions as a politically expedient alternative to war, but the fact is broad sanctions are economic warfare that punishes innocents,” said Jamal Abdi, president of the National Iranian American Council, one of the groups that spearheaded the letter. “The human costs suffered by the hundreds of millions of people under U.S. sanctions are an unacceptable collateral damage, and it’s past time for serious efforts to reform our sanctions regime.”

The letter was organized primarily by advocacy groups created by diaspora communities from countries where sanctions have impoverished the populations while doing little to change the undemocratic regimes they live under. Alongside the National Iranian American Council, the diaspora groups that signed the letter include Afghans for a Better Tomorrow, Oil for Venezuela, the Korea-focused group Women Cross DMZ, and the Yemen Relief and Reconstruction Foundation. Other foreign policy advocacy groups also added their names to the letter, including the Washington, D.C.-based Win Without War and the Quincy Institute for Responsible Statecraft.

The advocacy groups’ letter briefly outlines the impact of sanctions on civilians in a range of countries, while chastising President Joe Biden for only paying lip service to the problem of humanitarian crises caused in whole or in part by Western sanctions.

“We recognize that the Biden administration initiated a comprehensive review of U.S. sanctions policies last year, setting out a general goal of minimizing humanitarian impacts and supporting humanitarian trade to heavily-sanctioned jurisdictions,” the letter said. “However, this guidance has not been followed by concrete and comprehensive steps to deliver relief and open up humanitarian trade. As a result, the U.S. government has failed to significantly alter course and continues to enforce policies that fuel humanitarian and public health disasters.”

The Biden administration’s review of sanctions policy was heavily criticized last year for failing to recommend any concrete policy proposals, let alone legislative changes, that would protect innocent civilians from being harmed by sanctions today or in the future.

Examples of the harmful impacts of sanctions on civilians — and their failure to sway authoritarian leaders — are not hard to find.

In the 1990s, the U.S. imposed a crushing sanctions regime against Iraq following the war in Kuwait. The measures immiserated ordinary Iraqis while allowing Saddam Hussein to further consolidate his grip on society. Today middle classes in places like Iran have fallen into destitution because of U.S. sanctions on the Iranian economy and central bank. In Afghanistan, following last year’s collapse of the central government, the U.S. not only cut off critical aid but also confiscated its banking reserves, leading to a liquidity crisis in the poorest country on Earth and ultimately to reports of starvation. Under a blockade led by U.S. allies, Yemen has similarly faced mass outbreaks of disease and malnutrition.

Sanctions reform is not a particularly popular subject. Oftentimes, as in the case of Russia today, countries subject to broad sanctions truly are unsavory or engaged in behavior that needs to be stopped.

The problem, though, is that untargeted sanctions that punish civilian populations have been a poor means of making foreign governments change their policies. While elites in sanctioned countries usually find a way to get what they need, ordinary people find themselves sent into poverty — victimized by economic blockades that U.S. politicians treat as open-ended.

“Only by grappling with the full impact of sanctions can the U.S. ensure that sanctions don’t exacerbate the plight of ordinary citizens and serve, rather than undermine, U.S. interests.”

Even in the case of Russia today, there is an argument to be made that lowering the sanctions pressure on ordinary Russians and increasing arms supplies to Ukraine would be both a more humanitarian and strategically effective way to end the war.

Calls for sanctions policy reform are likely to get more strident as the U.S. continues to escalate its use of this policy tool. While the Biden administration has engaged in some symbolic attempts at reform, millions of people who are not guilty of any crime against Americans continue to suffer around the world today from U.S. sanctions regimes.

“The United States must lead by example, overhaul U.S. sanctions, and ensure that sanctions are targeted, proportional, connected to discrete policy goals and reversible. This would necessarily result in an end to unjust collective punishment of civilian populations around the globe who have little control over governmental decision making,” the advocacy groups’ letter said. “Only by grappling with the full impact of sanctions can the U.S. ensure that sanctions don’t exacerbate the plight of ordinary citizens and serve, rather than undermine, U.S. interests.”