After unpopular assaults on Crimea and eastern Ukraine, Russia and Kremlin-associated interests spent millions on lobbying in Washington. 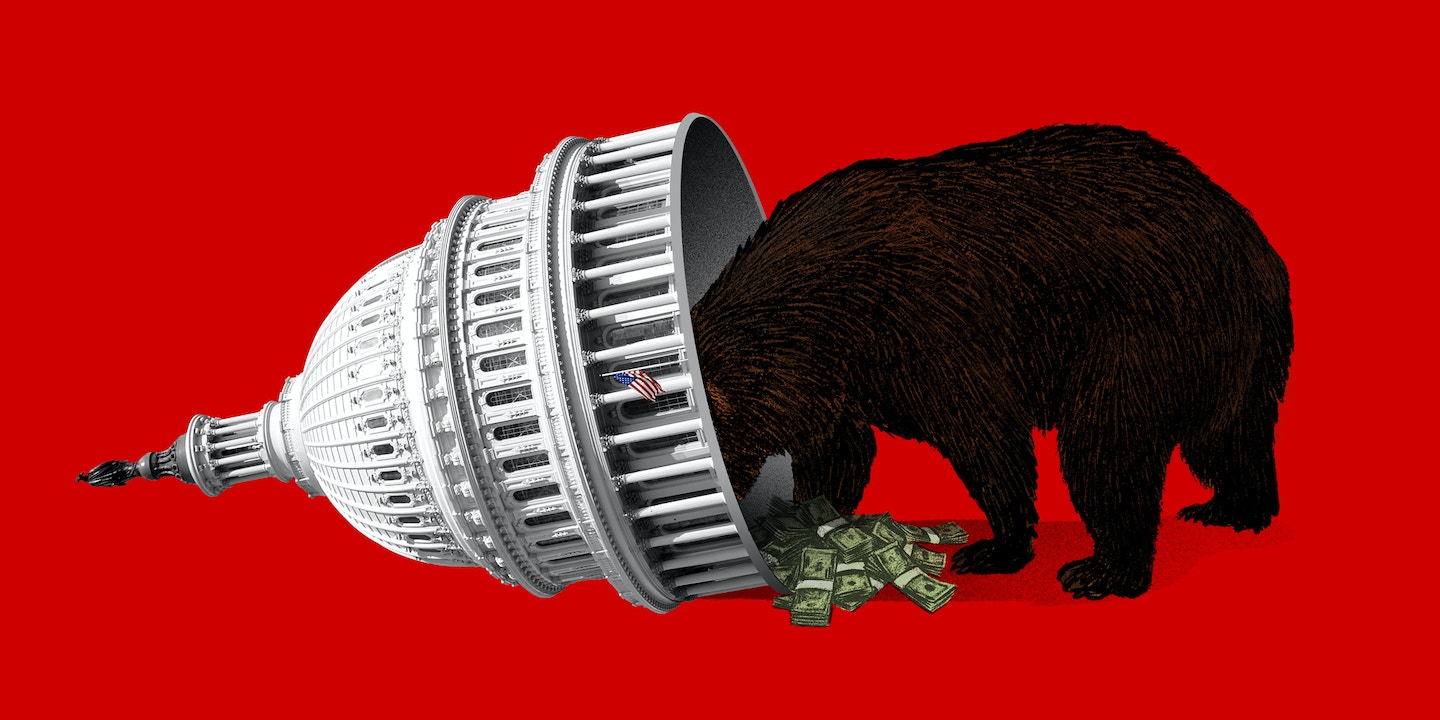 The invasion of Ukraine is not the first time in recent memory that Russian foreign policy has given rise to harsh criticisms in Washington. But it does mark the first time that the Kremlin has been hobbled in its ability to respond through normal D.C. channels — namely, through high-powered K Street lobbyists.

Before its invasion of Ukraine, the Kremlin poured hefty sums of money into lobbying in Washington, D.C. The Kremlin itself, state-run companies, and other firms linked to Russia’s leadership frequently used K Street lobbyists in the 21st century to soften the fallout from Russia’s foreign misadventures — often to spare Russian entities from the worst punishments. Now sanctions on the Russian government and Kremlin-linked firms have meant that kind of spending isn’t possible.

Many Russian interests have shifted their lobbying goals to just trying to manage the breakup of the U.S.-Russia relationship.

“With Russia’s invasion of Ukraine, it became clear that we don’t need lobbyists, we need really good divorce lawyers,” said Julie Newton, a research fellow at the Russian and Eurasian Studies Centre at St. Antony’s College. “Lobbying today is a dialogue of the deaf.”

That wasn’t always the case. The Russian government and Kremlin-connected firms successfully garnered considerable influence in the U.S. prior to the recent invasion of Ukraine.

Russia’s high-dollar lobbying approach kicked off in August 2008, when it tried to pacify U.S. responses to Russian aggression following the country’s invasion of Georgia. Washington placed blame for the five-day war squarely on Russia, particularly given the Kremlin’s recognition of independence for the breakaway provinces of South Ossetia and Abkhazia and the expulsion of Georgian forces from the two territories. Led by the late Sen. John McCain, R-Ariz., many Washington power brokers called for punishing Russian aggression.

With punitive actions on the table, Russia nearly doubled its spending on lobbyists. In total, the amount of money reported by firms receiving from Russian interests soared from just over $5 million in 2007, prior to the invasion, to more than $9 million in 2009, an analysis of Foreign Agents Registration Act records shows.

Ketchum, a public relations firm representing the Russian Federation, went into overdrive to flip the narrative and blame Georgia for the conflict. Ketchum facilitated interviews for the New York Times with Russian military officials, distributed briefing notes on the war to the Washington Post, and arranged a CNN interview with Russian President Vladimir Putin himself. Ketchum also helped place an op-ed in the Wall Street Journal from Russian Foreign Minister Sergei Lavrov on August 20, 2008, which said that Russia “remains committed to a peaceful resolution in the Caucasus.” In early 2009, the Russian government hired another firm, Alston & Bird, amid a multimillion-dollar surge in lobbying spending by Russian interests.

This Russian rehabilitation campaign largely worked, and the Kremlin successfully weathered the storm wrought by its invasion of Georgia. The George W. Bush administration did little to punish Putin’s aggression in 2008, and Russia was an afterthought in the Obama administration — or, sometimes, literally a punchline.

Russia would again face down consequences from Washington following its 2014 annexation of the Crimean Peninsula. With President Barack Obama joining in on the criticisms, Washington was less forgiving than after the war in Georgia. Though Obama was clear to rule out any military conflict with Russia, the U.S. announced a visa ban, canceled military consultations with Russia, expanded military flights over former Soviet states, sanctioned several Russian firms, and expanded security assistance to Ukraine.

In response to its newfound pariah status in D.C., the Russian government called a halt to its public relations campaign. The Kremlin severed its ties with Ketchum. “We decided not to renew the contract because of the anti-Russian hysteria, the information war that is going on,” Putin’s spokesperson Dmitry Peskov explained at the time.

Though the Russian government decided not to directly lobby in Washington, Kremlin-connected firms and government interests facing punitive measures would begin spending millions to win influence.

The Russian Aggression Prevention Act of 2014, a bill that offered a host of punishments for the invasion of Crimea, including seizing the assets of major Russian firms, named in particular Gazprombank, a bank founded by the Russian state-owned energy company Gazprom. The bank hired Squire Patton Boggs and paid the firm $1.5 million between 2014 and 2017 to “lobby on issues related to banking laws and regulations including applicable sanctions,” according to public filings.

Gas company Novatek, whose ownership includes Putin allies like Gennady Timchenko and Leonid Mikhelson, was also listed in the sanctions law. In response, the company paid the public relations firm Qorvis Communications $740,000 between 2014 and 2015 to advocate against its passage, among other things. Between Qorvis and Squire Patton Boggs, several top former government officials worked to shore up interests of Kremlin-connected firms: two Republican former U.S. senators, Trent Lott of Mississippi and Louisiana’s John Breaux, as well a former acting general counsel of the Treasury Department. The bill threatening their Russian clients never became law.

Lobbyists for these Russian firms weren’t always so successful. Qorvis worked to overturn a White House executive order that authorized the seizure of some Russian oligarchs’ assets in the U.S., but the sanctions remained in place, costing Timchenko and Mikhelson an estimated $16.5 billion combined.

Following the Crimea invasion, the Russian Direct Investment Fund also came under scrutiny from the U.S. The Russian sovereign wealth fund hired two lobbying firms, signing contracts with Capitol Counsel and Goldin Solutions worth $45,000 and $30,000 per month to lobby the Department of Treasury and improve the RDIFs image, respectively. Capitol Counsel submitted a letter to David Cohen, a Treasury Department undersecretary that worked to implement sanctions, explaining the RDIF’s business with U.S. entities. The Treasury Department ultimately did issue sanctions on the RDIF, but not for more than a year after the invasion of Crimea and long after both Capitol Counsel and Goldin Solutions stopped working for the fund.

After shuttering its legal influence operation, in 2015 the Russian government itself began a multiyear illicit influence operation. Eventually, that campaign would result in the now-notorious cases of Russian interference in the 2016 and 2020 U.S. presidential elections. Thirteen Russians and three Russian companies were indicted for their roles in meddling in the 2016 U.S. elections.

From 2016 to 2021, while Russia’s illicit influence operation was making headlines, the legal Russian influence operation was quietly humming along. As the fallout from the 2014 invasion of Ukraine lingered, more than a dozen former members of Congress, congressional staff, and high-ranking sanctions officials registered to lobby on behalf of banks tied to the Kremlin, Russian oligarchs, and the company behind the Nord Stream 2 pipeline, a recent analysis by the Quincy Institute for Responsible Statecraft found. This included former Sen. David Vitter, R-La., and former Rep. Toby Moffett, D-Conn., who both represented the now-sanctioned Russian bank Sovcombank in a $90,000-a-month contract signed with Mercury Public Affairs just before the recent invasion.

Despite most Americans holding an unfavorable opinion of Putin’s Russia, this cadre of former government officials helped ensure that their clients largely dodged the brunt of U.S. retaliation for Putin’s meddling in America and elsewhere. The Biden administration lifted sanctions on the Nord Stream 2 pipeline in May 2021, and construction of the pipeline that would greatly enhance Russian energy flows to Europe was completed last September.

If history is any indication, Russia’s influence operation will likely attempt to reform itself.

When Putin made the disastrous decision to invade Ukraine earlier this year, all of this came crashing down. Most D.C. lobbying and public relations firms severed ties with their Russian clients. Many of the sanctions these lobbyists had long acted as a bulwark against were suddenly put into force, including those that have affected Russia’s financial sector, members of the Russian elite, and the Nord Stream 2 pipeline. Previous attempts from Russian entities such as Sovcombank, VTB Bank, and the RDIF to evade punitive action were unraveled as they too were either sanctioned or restricted in the wake of Russia’s invasion of Ukraine.

Correction: May 8, 2022
This story has been corrected to reflect that Goldin Solutions was hired by the Russian Direct Investment Fund to do communications work aimed at improving the fund’s image. The story was also updated with the specific reported content of Capitol Counsel’s letter to the Treasury Department. 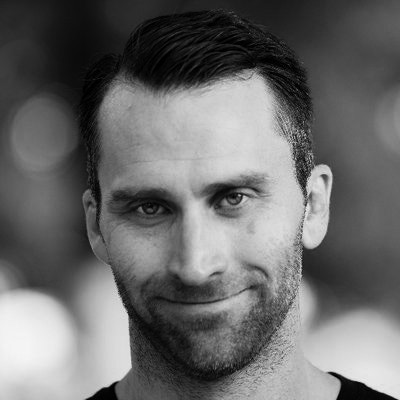