Pelosi has endorsed the Oregon Blue Dog, who faces a primary challenge from Jamie McLeod-Skinner, but the feeling is apparently not mutual. 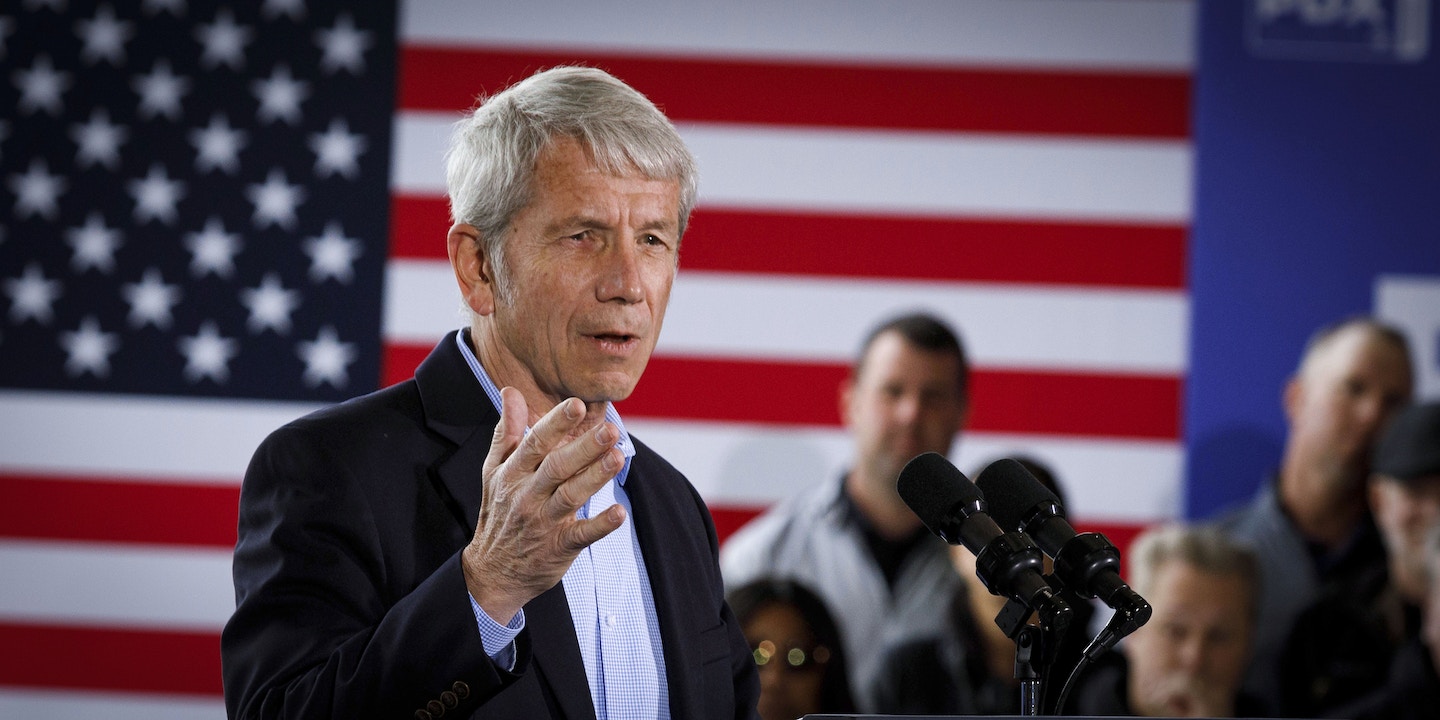 Nancy Pelosi is “truly a terrible person,” Rep. Kurt Schrader, D-Ore., told colleagues at the height of his confrontation with the House speaker last fall, according to a new book by reporters Jonathan Martin and Alexander Burns, “This Will Not Pass.”

Schrader was a leader of an effort by centrist Democrats to disrupt Pelosi and President Joe Biden’s plan to pair a bipartisan infrastructure package with a reconciliation bill that included Biden’s social policy agenda as well as an ambitious attempt to tackle the climate crisis. In June, Schrader had joined with Rep. Josh Gottheimer, D-N.J., and seven other Democrats demanding that the bipartisan bill be split apart from the broader agenda.

Progressives warned that Gottheimer and Schrader’s maneuver was intended to kill the Build Back Better Act, though in public the centrist bloc claimed nothing of the sort was planned. In private, Schrader was honest about his motivation, telling a group of major donors organized by the dark-money group No Labels that once they had gotten the infrastructure bill through, they could then pivot to undermining Biden’s Build Back Better agenda. “This is a big deal. I just wanna thank you guys so much for your support, having our backs, being a big part of why we are, where we are today,” Schrader said, according to audio of the gathering obtained by The Intercept.

“Let’s deal with the reconciliation later. Let’s pass that infrastructure package right now, and don’t get your hopes up that we’re going to spend trillions more of our kids’ and grandkids’ money that we don’t really have at this point.”

The bloc had won a promise to vote on the infrastructure bill by September 27 but had used the intervening months to coordinate with Sen. Joe Manchin, D-W.Va. and Sen. Kyrsten Sinema, D-Ariz., to undermine support for the reconciliation bill, and progressives were refusing to support one without commitments toward the other.

Progressives managed to delay the vote, and on October 1, Pelosi met privately with her caucus. Pelosi ripped Gottheimer’s group, Martin and Burns report. “We read in the paper that there are members of our caucus joining with members of the Senate that reject the 3.5,” Pelosi said, referring to the $3.5 trillion reconciliation bill. “The very same people who are demanding a vote on a certain day are making it impossible for us to have a vote on a certain day.”

Gottheimer’s gang had been texting throughout the day, and their chain lit up. Martin and Burns:

Carolyn Bourdeaux, the Georgia freshman, texted the other eight members of the Gottheimer-led moderate bloc before the meeting adjourned. “Oh dear lord this whole thing is going to collapse,” she wrote. Kurt Schrader, the Oregon centrist who had voted to keep Pelosi as Speaker because he saw her as a safeguard against the far left, wrote back in biting language. The former veterinarian had never intended to vote for a multitrillion-dollar reconciliation bill at all. Pelosi’s claim was absurd. “Truly a terrible person,” Schrader said of the most powerful Democrat in the House.

Gottheimer’s gang eventually managed to split the two bills apart, and once the infrastructure bill was safely signed by the president, the centrists killed Build Back Better, as had been predicted and as had been the plan all along. The act was performed on Fox News by Manchin.

Schrader, now facing a tough primary challenge on Tuesday from Jamie McLeod-Skinner, has campaigned as a supporter of many of the policies in Build Back Better that he helped kill.

McLeod-Skinner has the endorsement of the Sierra Club, Working Families Party, and other progressive organizations hoping to oust Schrader, as well as local Democratic parties. In 2018, she challenged Republican Rep. Greg Walden, losing by 17 percentage points, but coming much closer than observers had expected in the heavily red district. Last cycle, she ran and lost in the Democratic primary for secretary of state.

Schrader, meanwhile, has relied heavily on endorsements from the very Democratic establishment figures whose agenda he undermined, including Pelosi and Biden. “Kurt Schrader has had my back from early on and played an important part in the progress we have made as a nation,” Pelosi is quoted saying in one Schrader campaign mailer.

On May 12, House Majority PAC, Pelosi’s super PAC, gave the maximum $5,000 to Schrader’s campaign. A Pelosi spokesperson wasn’t immediately available to respond to Schrader’s claim that the House speaker is truly a terrible person.