An anti-abortion demonstrator holds a model of a fetus in front of the U.S. Supreme Court on June 22, 2020, in Washington, D.C.

Conservatives have been sounding the alarm over America’s declining birthrates for years. Against this baby bust backdrop, fear of sterilization has emerged as a troubling talking point on the right.

In the leaked draft opinion that would overturn Roe v. Wade, Supreme Court Justice Samuel Alito referenced claims that abortion rights advocates might actually be striving to suppress the size of the Black population. “It is beyond dispute that Roe has had that demographic effect,” Alito wrote. “A highly disproportionate percentage of aborted fetuses are black.” Alito cited Justice Clarence Thomas, who warned in 2019 that abortion could become a “tool of eugenic manipulation.”

At first glance, this reasoning doesn’t make much sense — a self-elected medical procedure is essentially the opposite of a state-mandated sterilization campaign, and abortion bans will disproportionately harm people of color. The eugenics analogy exploits America’s legacy of violence against Black people in a naked ploy to score political points, justifying infringement on bodily autonomy, ironically, in the name of bodily autonomy. But the logic also echoes concerns about sterilization found in much of the right’s anti-trans panic: Recent bills targeting transgender youth have gained significant traction by invoking the specter of infertility. Taken together, this rhetoric reveals a creeping pro-natalist agenda — one that parallels the playbook of 20th century authoritarian regimes, including Benito Mussolini’s Italy, Nazi Germany, and Francoist Spain.

Prior to 2020, no state had introduced a ban on gender-affirming medical care for trans youth; today more than 58,000 trans young people across 15 states risk losing access to care. One way Republicans have gained this unprecedented ground is by arguing that certain gender-affirming care causes infertility and the state must intervene to save children from sterilization. In a February legal opinion, Texas Attorney General Ken Paxton argued that gender-affirming procedures met the state’s criteria for child abuse, mentioning children’s fundamental or constitutional “right to procreate” more than a dozen times. Like Alito and Thomas, he noted that forced sterilization has historically “harmed many vulnerable populations, such as African Americans, female minors, the disabled, and others.”

Most gender-affirming medical care for trans youth is not sterilizing, and puberty-delaying medication has been safely used for decades. Guidelines from leading medical organizations generally do not recommend genital reconstruction surgery before the age of 18. As for hormone treatments, Dr. Joshua Safer, executive director of the Mount Sinai Center for Transgender Medicine and Surgery, told The Intercept that fertility can usually be regained once the hormone regimen is ceased for a length of time.

“Most adolescents start hormone therapy later in puberty,” Safer said. Concerns over irreversible infertility, he added, “do not apply to the majority of trans youth, simply because they don’t decide to begin treatment until they are already at a stage in puberty where fertility preservation can work.”

While it’s ridiculous to equate reproductive or gender-affirming health care with forced sterilization, Republicans have been able to comfortably weaponize this language in part due to the progressive movement’s own dark history with eugenics. During the early 20th century, scores of Black, Indigenous, and Puerto Rican women were forcibly sterilized at the hands of the state. Planned Parenthood’s founder Margaret Sanger supported eugenics and espoused birth control as a tool for demographic control.

“Part of what’s so outrageous is the true vulnerability that people face when it comes to their bodily autonomy is real. It’s just being weaponized against them through false pretense,” said Jules Gill-Peterson, an associate professor of history at Johns Hopkins and the author of “Histories of the Transgender Child.” “We see how much residue is left there, and how many sparks are available for people to weaponize those histories. They can sort of substitute the reality.”

There’s another layer to the right’s eugenics rhetoric: Various nationalist authoritarian regimes throughout history have employed pro-natalist or “positive eugenics” methods in attempts to combat the demographic threat of declining birthrates. In 1925, Mussolini launched an aggressive domestic policy known as “Battle for Births,” which banned abortion, restricted access to contraception, and incentivized reproduction via tax breaks and welfare benefits.

This ideology was mirrored in the regime of Francisco Franco in 1940s Spain, which not only made abortion and contraception illegal but also classified them as crimes against the state. As historian Helen Graham has noted, Franco viewed pro-natalism and a conservative notion of “ideal” womanhood as “the fundamental guarantor of social stability” following the Spanish Civil War. Catholic religious doctrine worked in tandem with the regime’s socioeconomic push to boost reproduction. The cover of a Nazi publication on race, “Neues Volk,” or “New People,” portrays motherhood with this “ideal” image of an “Aryan” mother and child in September 1937.

Similar events played out in Nazi Germany: Abortion and contraception were banned, traditional gender roles were reimposed, and economic benefits were awarded to women who focused on homemaking. These policies were explicitly tied to the belief in the superiority of the Aryan race; promoting the expansion of the white population went hand in hand with the compulsory sterilization and genocide of those deemed racially inferior.

It’s worth noting that these authoritarian approaches to population goals emerged in the period following World War I into World II, when unprecedented mass casualties had fomented a growing anxiety about birthrates worldwide. In the wake of over 6 million deaths globally from Covid-19, it might not be a coincidence that fertility panic has crept into the current wave of Republican legislation.

The endgame of constructing a “traditional,” white, Christian nation is an undercurrent in much of the right’s rhetoric.

Today the endgame of constructing a “traditional,” white, Christian nation is an undercurrent in much of the right’s rhetoric. A growing number of Republicans have cited declining national birthrates in increasingly explicit references to the “great replacement theory” — the white supremacist myth that white, native-born Americans are being systematically wiped out by nonwhite immigrants. This idea was bluntly conveyed by former Iowa Rep. Steve King in a 2018 interview: “If we continue to abort our babies and import a replacement for them in the form of young violent men, we are supplanting our culture, our civilization,” he said. The following year, Trump officials praised Hungary’s right-wing populist prime minister for his “procreation, not immigration” policies. Fox News host Tucker Carlson has stoked panic about America’s “fertility crisis” and declining sperm counts.

America’s mainstream right likes to argue that birthrate panic is about the nation’s population and economic prosperity as a whole, rather than a specifically white population. Historical precedent complicates this. While efforts to boost birthrates in Italy and Spain did not involve the same eugenicist measures as Germany, historians have noted how narratives of national and racial identity are often deeply intertwined.

“Spanish race hygiene through population expansion was to be a decisive arm in preventing the decline of the white race,” historian Mary Nash wrote in her account of racial policy under Francoism. In Italy, population growth was focused on both increasing the quantity and improving the “quality” of the Italian race. Over time, fears of “race pollution” became increasingly pronounced.

A form of this logic was even present in early anti-abortion activism in the United States. Amid an increase in immigration in the 19th century, the American Medical Association fought to ban abortions, arguing that they “threatened the Anglo-Saxon race.” Pushing for a blanket, rather than selective, abortion ban was the AMA’s method to counter this perceived demographic threat. This history of the eugenics movement also highlights how state interventions in reproduction have long been tied to the construction of an overtly racist national identity. Gill-Peterson noted that the abstract image of “The Child” emerged in the 20th century as an explicit figure of white reproductive nationalism, in whose name “racial hygiene” policies were enacted.

The right’s attacks on trans youth have also seized upon this history of moral panic in the name of “The Child.” The idea plays out clearly in bills’ names — see Alabama’s Vulnerable Child Compassion and Protection Act or Missouri’s Save Adolescents From Experimentation Act.

On May 13, the Texas Supreme Court ruled that parents of transgender children could be investigated for child abuse. Activists have expressed concern that child abuse allegations will raise the potential for trans youth to be removed from their homes and placed in the foster care system.

The moral panic over gender-affirming health care and abortion is an attempt by the state to dictate a vision of what America’s families can and should look like.

“That state power is really awful and cruel and abusive when directed at trans youth,” said Gill-Peterson. “But it already exists and is regularly directed at Black and Latino and disabled families all the time.”

Just as pro-natal regimes enforced patriarchal family units, the moral panic over gender-affirming health care and abortion is an attempt by the state to dictate a vision of what America’s families can and should look like, and to control their fundamental construction via forced birth and forced adoption. Trans people have become the Republican Party’s new favorite scapegoat because they don’t fit into this conservative structure.

This nexus of converging birthrate panic, “great replacement” rhetoric, and expanded government authority over bodily autonomy presents a sinister omen for America’s future. While the majority of Americans who oppose abortion and trans rights may not be actively thinking in terms of population goals, the pro-natalism of the anti-trans and anti-abortion movements inherits from these complicated histories of state power and reproductive intervention.

In order to fully grapple with the ramifications of the impending Roe v. Wade reversal, it is critical that the left understands these interconnected movements and their relationship to a burgeoning nationalist authoritarianism. 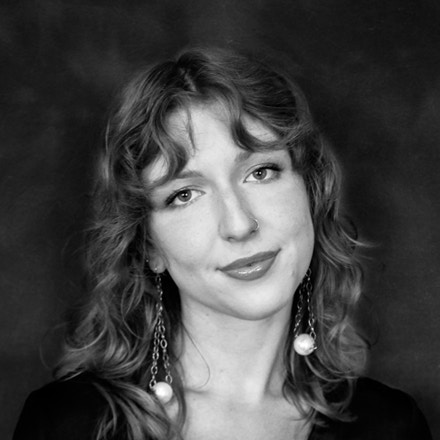