The End of Roe: Saving Abortion Rights Means Taking Them Into Our Own Hands

The relentless right and feckless Democrats brought us here. Now, preserving access to abortion will require breaking some laws. A police officer carries a barricade as demonstrators gather to protest a leaked draft opinion poised to strike down the right to abortion in the U.S. in front of the Supreme Court building in Washington, D.C., on May 3, 2022.

For months now, if not years, front-line abortion providers and advocates for access have been writing about the fall of Roe v. Wade as a “when,” not an “if.” The end of Roe has already arrived in dozens of states where Republicans have forged a post-Roe reality by cutting off access to abortion and criminalizing its provision.

Yet the unprecedented leak Monday night of a Supreme Court draft opinion, signaling the final and unambiguous undoing of already weak constitutional abortion protections, curdles the blood even of those who saw it coming. More women and pregnant people will suffer and die; poor people of color will be affected in disproportionate numbers.

The blame lies squarely with the powerful Christian right, aided and abetted by cynical fascoid right-wingers, who have set their sights on pregnant people’s bodily autonomy for decades. They will not respond to our rage and protests. They will push on with their authoritarian agenda. Despite claims to states’ rights in the leaked opinion, written by Justice Samuel Alito, there is clear evidence that if Republicans retake Congress in November, they will seek to pass a federal abortion ban.

There is no reasoning with fascists. Our energies must go elsewhere: placing fierce and unwavering pressure on Democrats, spineless as they have been, to act on this issue while they still have some control of the legislature. It should never have come to this — the end of Roe with zero nationwide legislative protections for abortion access.

Democrats in Congress should have long ago codified the right to abortion access, as the party’s left flank has urged, but they didn’t. If they don’t act now to end the filibuster and pass abortion protection laws, they will deserve something approaching the same level of blame directed at anti-abortion Republicans.

Democrats will not take the lead. Instead, it is up to us — it always has been.

After Texas passed an effective abortion ban last year, which was ruled unconstitutional by a state judge in December, President Joe Biden vowed to “launch a whole-of-government effort” to protect the right to abortion in the state. We are yet to see any such effort, even though, as I wrote at the time, there are a number of steps his administration could immediately take.

If — and this really is an if — the fear of a nationwide abortion ban and the shock of Roe’s undoing galvanizes Democratic voters in November, these will once again be votes against a greater evil, rather than votes the Democrats have earned. Just as today’s Democratic Party has refused to take the lead on this issue even as abortion access has fallen apart in so many places, they will not take the lead now. Instead, it is up to us — it always has been. 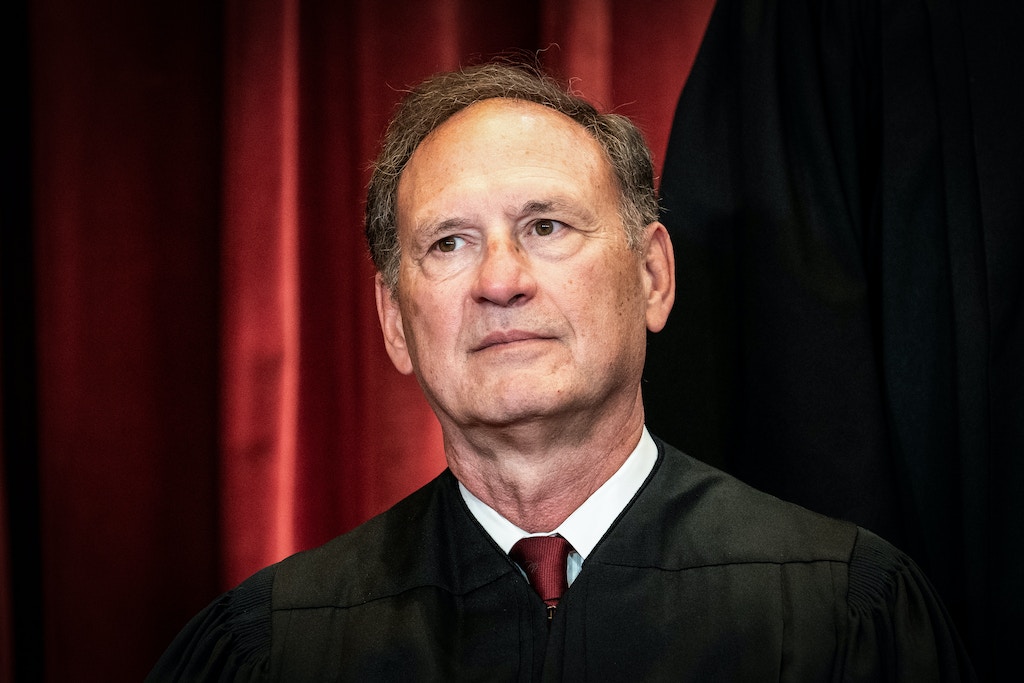 Since we cannot rely on Democratic leaders, we must — following the example of organizers on the front lines of this struggle — work around the law, exploiting the coming interstate jurisdictional chaos around abortion law that the end of Roe will bring into even sharper relief. The fight for free and accessible abortions has always required solidarity, risk, and cunning. To keep reproductive justice alive, we must fight on terrain beyond the law, in contravention of certain laws, or in post-Roe legal gray areas.

The end of Roe, as a forthcoming and crucial paper in the Columbia Law Review notes, will bring forth an entirely new battleground of interstate juridical conflict. States that support access rights will move to pass laws that protect abortion providers who treat out-of-state patients, while anti-abortion states will seek to pass laws to prosecute out-of-state providers.

This clashing bifurcation is already beginning to unfold: Legislators in Connecticut passed a bill last week designed to protect abortion providers who assist patients seeking refuge from abortion-ban states. Other blue states should follow this lead.

Meanwhile, 26 states are ready with laws to enact abortion bans when Roe is undone and are passing ever more elaborate ways to criminalize abortions. Over a dozen of these states recently passed bans in their legislatures; other laws predate Roe but remain on the books and could snap back into effect. At present, only 16 states and Washington, D.C., have laws that actively protect the right to abortion.

Major interstate court battles along these lines are set to erupt after Roe — from the policing of women and other pregnant people’s interstate travel, to the functioning of telehealth services that can prescribe abortion pills across state lines, to the criminalization of those who share resources and material support to aid abortions.

The Columbia Law Review paper’s authors highlight that these fights will make a mockery of Republican claims that Roe has made abortion law more, rather than less, complicated. If legal confusions produce openings after Roe — spaces to set up new access sites and build greater networks, while finding new loopholes and ways to be ungovernable against repressive government action — we must take such advantage where we can.

Reproductive rights demonstrators protest outside the Supreme Court building in Washington, D.C., on May 3, 2022.

It’s already clear that there will be more arrests, prosecutions, and imprisonments of abortion providers, supporters, and seekers. A recent attempt by a local law enforcement agency in Texas to charge a young woman, Lizelle Herrera, with murder in connection to a “self-induced abortion” failed because no such murder statute for charging pregnant people currently exists in the state. We have seen, though, how swiftly such laws are changing for the worse.

The policing of this post-Roe world gives us much reason to fear — but even more reason to resist, and fight with and for the communities with the least power, who will no doubt be the most targeted.

Networks already exist to send abortion medication to jurisdictions where it has been made illegal. These will have to grow, using various online tools and techniques, physical mailing systems, and assistance with transportation — especially to ensure that those with the fewest resources are reached.

Crucially, though, this fight is something to join, not invent anew. Many will be shocked by the end of Roe, but they need to realize that there are existing efforts and groups on the ground that need support, more so than major organizations like Planned Parenthood.

Contrary to liberal mythologizing, the battle for bodily autonomy and justice did not begin at the Supreme Court, and it will not end there.

One thing that is abundantly clear in this still-emerging landscape is that we cannot focus solely on the law. Republican terror tactics against abortions have not hewed to existing statute; they have forged new realities to de facto ban abortion through brutal state action in clear violation of existing constitutional law and done so in the knowledge that these constitutional protections were on their last legs. The same extralegal Republican approach informs the right’s attacks on trans lives, and they are constantly pushing it further.

In his draft opinion, Alito also criticizes Lawrence v. Texas, which invalidated sodomy laws, and Obergefell v. Hodges, the ruling that legalized same-sex marriage. “[N]one of these rights,” the justice wrote, “has any claim to being deeply rooted in history.” This is what fascists and their allies are fighting for: not just an end to abortions, horrifying enough as that is, but the palingenesis of a nation, in which the only rights permitted to stand are those that protect property, patriarchy, and whiteness — such, in Alito’s own framing, is the rooting of U.S. history.

Contrary to liberal mythologizing, the battle for bodily autonomy and justice was never won in the Supreme Court. The fight did not begin at the court, and it will not end there. On Monday night, a crowd of many hundreds gathered outside the Supreme Court building in Washington, chanting, “Fascist scum have got to go.” It is certainly in this antifascist spirit that the fight must go on.