Rep. Kurt Schrader, the “Joe Manchin of the House,” Nears Defeat in His Oregon Primary

Progressive challenger Jamie McLeod-Skinner is poised to oust the Oregon Democrat in a stunning upset. 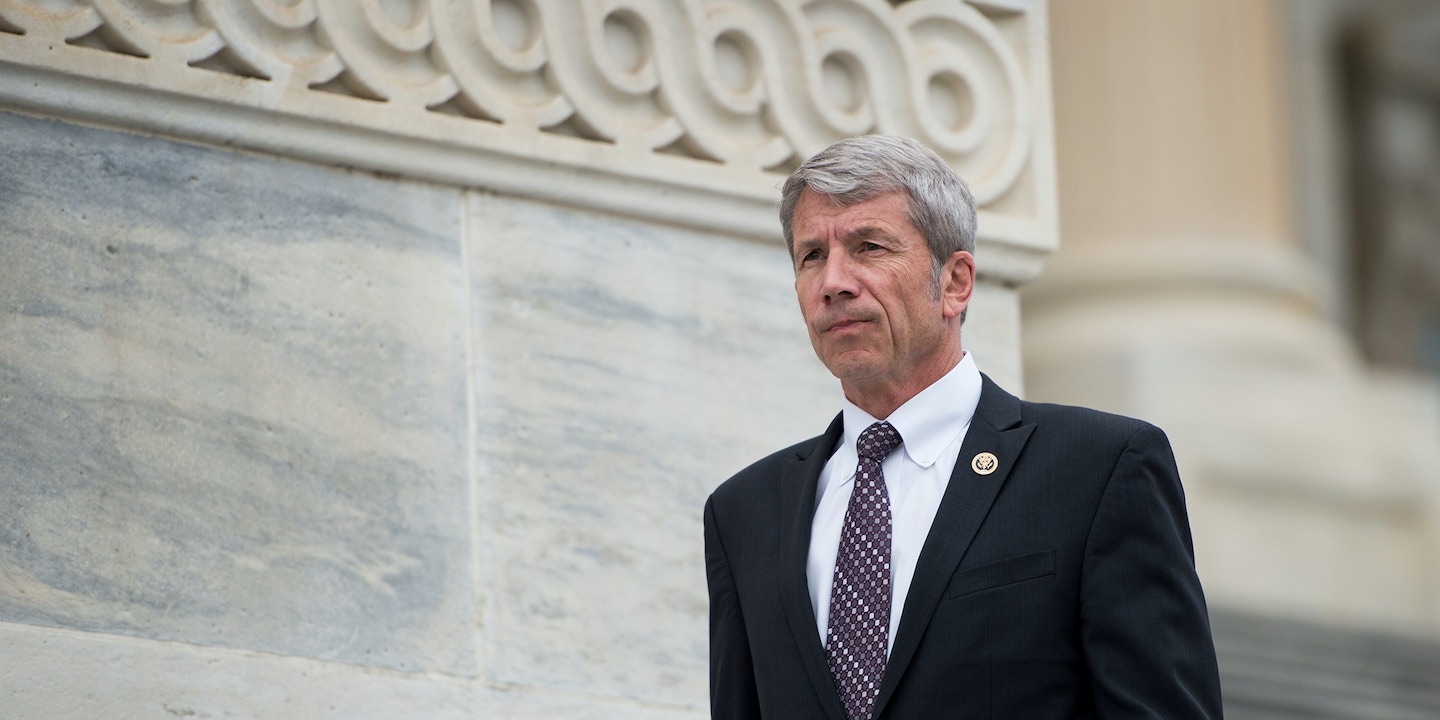 A Schrader loss would be stunning: The incumbent pulled in $2 million in outside super PAC support, half of it from the pharmaceutical industry he served in Congress, compared with McLeod-Skinner’s roughly $340,000 from the Working Families Party and Indivisible. Adding in his own spending, Schrader outspent his opponent 10 to 1 — and will likely still lose.

Schrader, whose opponent dubbed him the “Joe Manchin of the House,” joined last year with Rep. Josh Gottheimer, D-N.J., to push for decoupling the bipartisan infrastructure bill from the Build Back Better Act and cast the deciding vote in the Energy and Commerce Committee to kill prescription drug price reform. Nevertheless, he had the endorsement of both President Joe Biden and House Speaker Nancy Pelosi.

McLeod-Skinner — a lesbian, rancher, and board member of the Jefferson County Education Service District — capitalized on Schrader’s weakness with Oregon Democrats by running a progressive, issues-focused campaign and convincing Schrader’s many local skeptics to endorse against the incumbent.

McLeod-Skinner made Schrader’s corporate ties an issue in the campaign, linking his cozy relationship with the pharmaceutical industry to his consistent undermining of the Democratic agenda. While McLeod-Skinner does not accept corporate PAC money, Schrader took in over $1 million from these interests this cycle alone. Schrader also benefited from massive independent expenditures from PACs tied to Democratic Majority for Israel (which has consistently targeted progressives from marginalized backgrounds). By March, internal polling found that the race was a dead heat, and Schrader began running ads touting his alleged support for many of the key proposals that he has worked to undermine.

Local Democrats called for him to resign in January 2021, after he compared former President Donald Trump’s second impeachment to a “lynching,” and lambasted him again a few months later for voting against initial passage of the American Rescue Plan.

Schrader continued to draw ire at home for working to weaken the prescription drug reforms Biden had hoped to include in his domestic agenda. And when Gottheimer led nine House members to decouple infrastructure from Build Back Better, Schrader made the subtext of the move — that the group hoped to kill the Build Back Act entirely — into text by telling a dark-money group that other House Democrats shouldn’t “get [their] hopes up that we’re going to spend trillions more of our kids’ and grandkids’ money that we don’t really have.” Around the same time, he reportedly also called Pelosi “truly a terrible person.”

The contest did not garner the same amount of attention from national progressive groups as open-seat races in Pennsylvania and North Carolina. Some national progressive organizations, like Indivisible and the Working Families Party, have lent their support to McLeod-Skinner through local affiliates, as did Massachusetts Sen. Elizabeth Warren. But Justice Democrats stayed out of the race, and Vermont Sen. Bernie Sanders and New York Rep. Alexandria Ocasio-Cortez did not make endorsements.

McLeod-Skinner told The Intercept that this is not a coincidence. While she did not distance herself from other national progressives ideologically, supporting a Green New Deal and Medicare for All, she insisted that the language and tactics that progressives use to reach voters has to match the experience of people in different districts. “We’re facing similar challenges across the country, but our experience of them is locally based,” she said.

Oregon’s 5th Congressional District is not the type progressives normally win when trying to oust moderate incumbents. Progressive stars like Reps. Cori Bush and Ayanna Pressley relied on liberal urban cores in St. Louis and Boston to power their successful bids against longtime incumbents. Schrader’s district, by contrast, is a swing seat that stretches from the southern Portland suburbs to midsize working-class towns like Bend and large swaths of rural central Oregon.

McLeod-Skinner said that attention to messaging is especially important when reaching out to rural and working-class voters who may be sympathetic to progressive ideas but wary of national Democrats. “Sometimes we’re talking about the same ideas in different ways. … To message correctly, you really have to show up, build relationships, and show a commitment to understanding people’s perspective,” she explained.

That messaging strategy appears to have made a decisive difference. McLeod-Skinner notched a long list of local endorsements for a primary challenger. In an unprecedented move, four of the six local county parties that constitute the district overcame daunting procedural hurdles in order to endorse her. She has also managed to win support from a wide array of local and national unions, and the editorial boards of multiple local papers provided their stamps of approval as well.

Schrader, meanwhile, relied on what appeared to be a half-hearted rescue attempt from national Democrats to salvage his campaign. Biden provided a lukewarm endorsement a few weeks before the primary. “We don’t always agree, but when it has mattered most, Kurt has been there for me,” Biden said. And while Schrader was endorsed for reelection by members of House leadership, they abstained from campaigning on his behalf, as they have for embattled Rep. Henry Cuellar, D-Texas. While Cuellar — who is anti-abortion and actively under investigation by the FBI — carries more baggage for national Democrats, he has managed to maintain warm relationships with House leaders.

The national party’s attitude toward Schrader was put in sharp relief by the actions of House Majority PAC, one of the spending and fundraising arms of House leadership. The PAC spent nearly a million dollars in Oregon’s Democratic primaries, but that money did not go to Schrader, the only incumbent facing a serious primary. Instead, it flowed into the open-seat race for Oregon’s 6th Congressional District, which shares its western border with Oregon’s 5th.

In an unorthodox move, House Majority PAC backed first-time candidate Carrick Flynn, a lawyer and activist with ties to cryptocurrency billionaire Sam Bankman-Fried, who spent over $10 million on the race through Protect Our Future PAC. Flynn ended up losing handily to progressive state Rep. Andrea Salinas, another endorsee of Warren who will be the first Latina elected to Congress from the state of Oregon if she wins the general election in the fall, as is widely expected.