Dom Phillips and Bruno Araújo Pereira were last seen traveling by boat on Sunday morning, returning from a reporting trip. 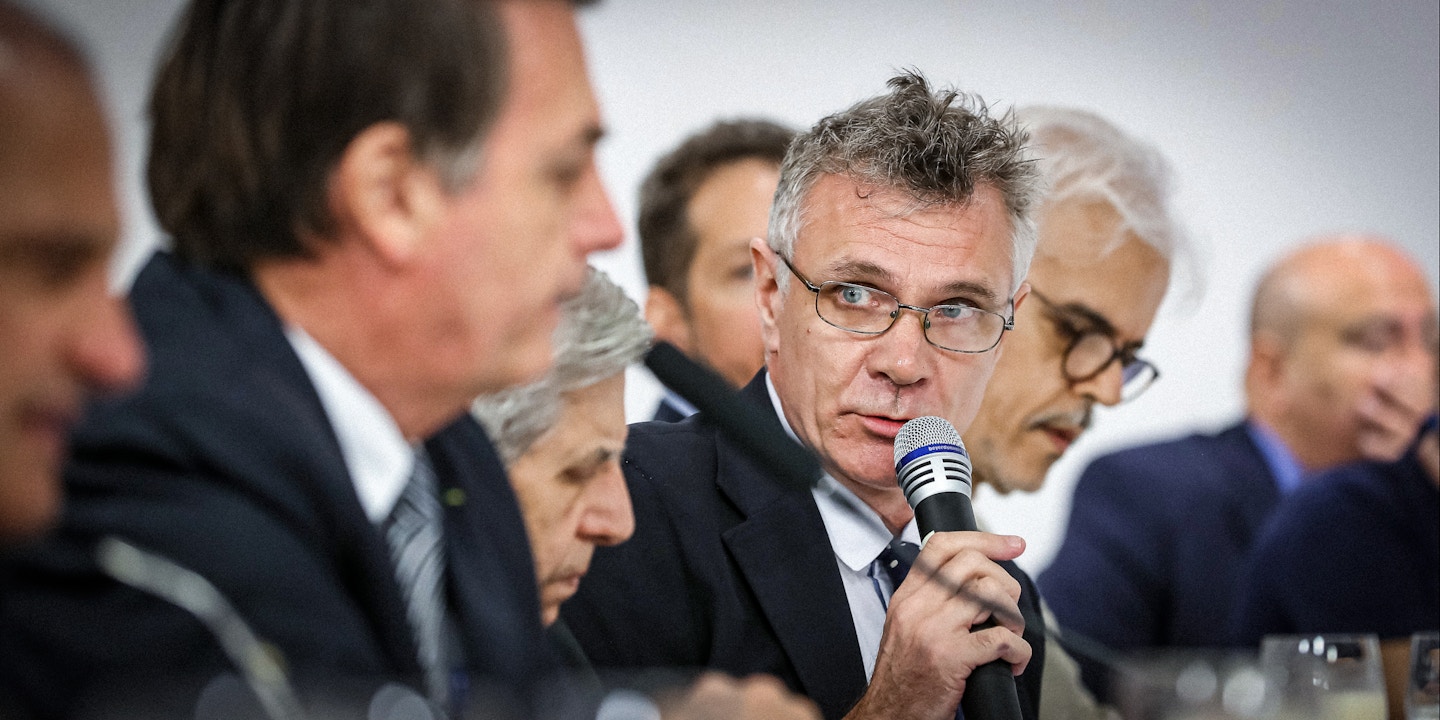 A search is underway for a British journalist and a senior staffer of Brazil’s Indigenous protection agency, FUNAI, who went missing during a boat trip on Sunday morning in a remote region of the Amazon rainforest.

Dom Phillips, a freelance reporter with more than 14 years of experience covering the Amazon, was traveling to the Javari Valley, near the triple border of Peru, Colombia, and Brazil, for a book he is writing about environmental issues. He was accompanied by Bruno Araújo Pereira, a veteran Indigenous rights protector who supervised the region for years for FUNAI and who has reportedly received many death threats for his work defending Indigenous groups in the region against illegal mining, fishing, and logging. The area is also known to be an active smuggling route for drug traffickers.

The two men were traveling on the Ituí and Itaqui rivers, returning to the town of Atalaia do Norte, in the state of Amazonas, after a multiday trip to visit with FUNAI agents and Indigenous communities, according to a statement from the Union of Indigenous Organizations of Javari Valley and the Observatory for Human Rights for Isolated and Recently Contacted Indigenous Peoples. The men had received threats during their journey, according to the statement, which did not specify the source of the threats.

“It should be noted that Bruno Pereira is an experienced person with a deep knowledge of the region,” read the statement from the two groups. “The two missing men were traveling with a new boat, a 40 [horsepower engine], 70 liters of gasoline, enough for the trip and 7 empty drums of fuel.”

Their boat was last seen passing the community of São Gabriel, less than two hours from Atalaia do Norte, some time after 6 a.m. Sunday. When the boat did not arrive as expected, local Indigenous groups mobilized search parties that afternoon, but no signs of the men or their boat have yet been found. FUNAI told The Intercept that it was actively following the case and noted that Pereira is on leave from the organization and was not operating in an official capacity on the trip.

Phillips, an award-winning reporter who has written for The Intercept, The Guardian, the Washington Post, and many other outlets, had traveled to the Amazon on four other reporting trips in the last 15 months. He received threats on previous trips over the years while reporting on criminal, environmentally destructive activities. In 2021, he received the prestigious Alicia Patterson Foundation fellowship to write his still unpublished book.

The federal Public Prosecutor’s Office in Amazonas told The Intercept that it was aware of the disappearance and had begun investigating and called on police and the navy to begin searching, but it could not confirm if those search efforts were already underway. The Brazilian navy said in a statement that a search-and-rescue team was ordered to begin a search but did not confirm whether it had already been deployed. The Federal Police did not immediately respond to The Intercept’s request for comment. The spokesperson for the regional army command told The Guardian that it is “ready to carry out this humanitarian search and rescue mission” but has not yet received orders to do so from the government of far-right President Jair Bolsonaro, who has repeatedly demonized the press. In 2019, Bolsonaro supporters widely circulated a video of the president aggressively responding to a question from Phillips about the environment with the caption “British journalist tries to put Bolsonaro against the wall and is refuted by the president.”

“I am very worried about the growth of violence against journalists in Brazil, especially in the Amazon region, because it is home to very sensitive issues: irregular burnings, invasions of Indigenous villages by wildcat miners, loggers, and armed people who want to expel Indigenous people from their lands,” said Angelina Nunes, who runs the Tim Lopes Program for the Brazilian Association for Investigative Journalism, which investigates the assassinations of journalists in the country.

“It’s very dangerous for anyone who is going to investigate a story there that will deal with these subjects, and we’re accompanying this case with great concern,” added Nunes, by telephone. Her organization has tracked 173 cases of aggression against journalists in Brazil since January, including 45 physical attacks or threats of physical violence.

“It is urgent that the authorities dedicate all the necessary resources to the immediate realization of the searches in order to guarantee their safety,” wrote Maria Laura Canineu, Brazil director of Human Rights Watch.