Ernesto Cabral of OjoPúblico, along with The Intercept Brasil, exposed Peruvian prosecutors’ misconduct in the sprawling Car Wash probe. Last month, the federal public prosecutor’s office in Peru opened an investigation into Ernesto Cabral, a journalist for the award-winning investigative outlet OjoPúblico. The office alleges that Cabral committed a crime by revealing the identity of a protected cooperating witness, a crime that could carry a six-year prison sentence. The Intercept condemns these charges and stands behind Cabral and OjoPúblico.

The alleged crime occurred in 2019, when Cabral, working in partnership with Intercept Brasil journalists Rafael Neves and Rafael Moro Martins, wrote a story shedding light on illegal malpractice on the part of two Peruvian anti-corruption prosecutors.

In recordings that Cabral gained access to, two lawyers from the public prosecutor’s office coached a cooperating witness named Martín Belaunde Lossio to ensure that his testimony lined up with their case. The attorneys, then amid the prosecution of an anti-corruption case against several Peruvian politicians, wanted to make sure that there were no contradictions between Belaunde’s testimony and the accusations the investigators were preparing.

In what appears to be an act of retaliation to the publication of a story detailing the illegal conduct of two of its lawyers, the Peruvian public prosecutor’s office asked a local judge to authorize an investigation of Cabral’s communications — despite guarantees in the Peruvian constitution for the secrecy of journalistic sources.

“When dealing with issues of great public interest, should we respect the role of the media, or are we going to criminalize the press?”

Peruvian lawyer Carlos Rivera Paz, of the Legal Defense Institute, who has defended OjoPúblico in several similar cases, said the investigation against Cabral is a blatant attack on freedom of expression.

The reports by OjoPúblico and The Intercept were based on audio files from conversations between prosecutors David Castillo and Elmer Chirre, cooperating witness Belaunde, and Belaunde’s lawyer, Luis Fernando de la Cruz.

Part of an investigative series led by The Intercept Brasil exposing malfeasance in Operation Car Wash, one of Latin America’s most sprawling and consequential corruption probes, the audio recordings were given to The Intercept by a source who asked not to be identified and analyzed in partnership with OjoPúblico. The Intercept published the story in English, Portuguese, and Spanish, with OjoPúblico also publishing in Spanish.

In the recordings, Belaunde states that a prosecutor from the “Special Team” — the Peruvian public prosecutor’s anti-corruption task force — asked him to lie and state that he did not know of an alleged political donation of $400,000 from construction company Odebrecht to former Peruvian President Ollanta Humala. The former top representative of Odebrecht in Peru, Jorge Barata, had denied that the company made the payment.

“Whatever you tell us, it has to agree with the prosecution’s line,” says Castillo at one point in the recordings. “If it’s useful for you, we’ll say it. And if not, then it’s as if nothing happened,” Belaunde replies.

In total, there are more than 12 hours of conversation recorded before, during, and after the official interrogation of Belaunde in March 2019 at the maximum-security Piedras Gordas penitentiary, where he was being held.

After the story was published by OjoPúblico and The Intercept, an internal investigation was opened by the public prosecutor’s office against its own attorneys, Chirre and Castillo. As the internal probe continues, Chirre remains an anti-corruption prosecutor in Lima, Peru’s capital, and Castillo has been transferred to a unit specializing in crimes involving public servants.

The Peruvian public prosecutor’s office has not released information about the internal investigation meant to scrutinize its own conduct. Instead, the office has decided to pursue legal action against those who exposed their illegal conduct.

The investigation into Cabral was carried out by prosecutors Richard Guerrero Soto and Orlando Ramírez Pastor — the same officials who had initially requested an investigation of the Peruvian journalist’s communications despite the confidentiality guarantees.

The inquiry was opened based on a complaint put forward in November 2019 by attorney de la Cruz, one of the people who could be heard in the recordings. De la Cruz alleged to the public prosecutor that the journalistic investigation constituted “a material threat … through the revelation of my client’s name.”

The day after Cabral’s report was published on November 3, 2019, de la Cruz denounced Cabral — without mentioning The Intercept — for revealing the identity of his client. Identifying a would-be cooperating witness is a crime under Peruvian law, punishable by up to six years in prison. “Whoever unduly reveals the identity of a protected informant, witness,” the Peruvian law states, “or information that allows his/her identification, will be punished with imprisonment of not less than four or more than six years.”

De la Cruz himself had already revealed in a publicly transmitted broadcast that Belaunde had been collaborating with authorities since at least 2015. OjoPúblico listed nine other times that Belaunde was mentioned in the Peruvian press as a willing cooperating witness between 2014 and 2019. Thus Cabral did not reveal anything new about Belaunde’s status as a would-be cooperating witness.

Since de la Cruz’s 2019 complaint, the case had stalled. Now, two years after lawyers at the public prosecutor’s office were caught coordinating a statement with their cooperating witness, the office is proposing criminal proceedings — against the journalist who exposed the collusion.

As of this publication, there is no public evidence to indicate that the Peruvian judiciary has given Belaunde the status of protected cooperating witness in any of the criminal proceedings in which he is involved. Nor have there been any decisions on the request to breach Cabral’s confidential communications.

The Intercept expresses its support for Ernesto Cabral and OjoPúblico in the face of Peruvian authorities’ persecution of investigative and public interest journalism. 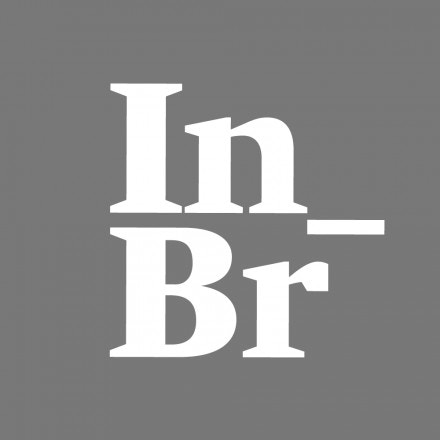